Joseph reveals himself to his stunned brothers. When the reality dawns upon them that they have been dealing all this time with their very own brother Joseph, the scene becomes very emotional. Joseph and Benjamin embrace each other and weep. The brothers talk together a long time about many things. Joseph has tested his brothers, and now the time for family reunion begins. God is good! Though He may place many trials and tests along the pathway of His people’s lives, in the end He brings about greater blessings. Joseph has tested his own brothers, and the reconciliation is a beautiful picture and example of how God’s grace can impact our lives.

Pharaoh says, “Come on down!” (45:16–20) Earlier in verse 2 it was noted that the report of Joseph’s brothers being “in town” with Joseph had reached the ears of the Pharaoh. That part of the story had been interrupted as we read the details of Joseph revealing himself to his brothers. Verse 16 now picks up that part of the story. The news reports about Joseph’s brothers being in Egypt could not, of course, be kept from the king of Egypt. Pharaoh and the entire Egyptian court hear this, and they are very pleased by this news. Pharaoh is not passive in his reaction, but he gives very specific directions to Joseph about transferring the entire extended family of Joseph from the land of Canaan to Egypt. Carts loaded with goods are to go to Joseph’s father, and the carts can be used again to transport everything down to Egypt. An all-expense paid trip to Egypt, one might say! “Don’t worry about a thing,” says Pharaoh (verse 20). “You will be put up in the best region that Egypt has to offer.”

Going to Egypt has not been beneficial for the people of God up to this point. Consider these earlier incidents. Abram and Sarai nearly met with disaster in Genesis 12:10-20. The Pharaoh expels them once he realizes that Sarai was in fact Abram’s wife. Then later on in Genesis 26:2 the LORD warns Isaac not to go to Egypt. But now the conditions seem to permit entrance into Egypt, even by God’s direction. Yet Israel must remain a distinct (i.e., holy, separate) people in Egypt. This separation of the covenant people is always  important, in both Canaan and in Egypt. 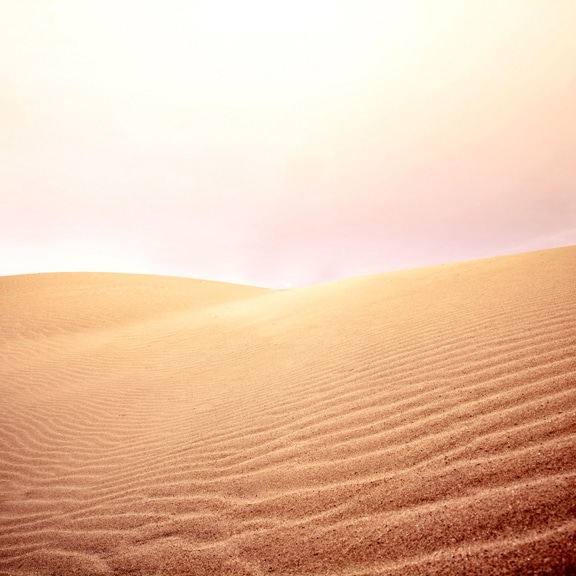 Here we see that God’s plan of salvation is carried through in spite of evil intentions by men. The focus is not on Joseph’s graciousness and bigheartedness. Yes, he is gracious and most helpful, but the real focus is going to be on God’s preservation of the covenant race. But it is more than mere preservation; it is glory and honor. The Pharaoh assures Joseph and Jacob’s family of the “best that Egypt contains; you will live on the fat of the land” (verse 18) and “the best of all Egypt is yours” (verse 20). God has steered the Egyptian king to give nothing but the best for His people.

In obedience to Pharaoh’s wishes, but especially in a desire to unite his family in a physical sense, Joseph sets about to prepare the way for his family to come to Egypt. We are not surprised to read that he furnishes his brothers with the necessary supplies for the journey back to Canaan. Verse 22 tells us that he provides each brother with a change of clothing. We can understand this on several levels. Of course, it is a token of his affection to give them clothes. But is there a bit of irony here as well? After all, it was a special coat from his father Jacob that had contributed to the brothers’ hatred of Jacob. It was that same coat that had been stripped from Joseph by the bitter brothers, dipped in goat’s blood and then presented to their father. Now the tables are turned: it is Joseph who is in charge of all Egypt, and he hands out the clothes to brothers who had once taken Joseph’s coat away! And his brother Benjamin gets extra money and more clothes! Donkeys are loaded with goodies and food. This will not only help them on the return trip, but these goodies will also be evidence for Jacob to see that the story is true: Joseph is alive and is doing very well in Egypt.

There is one more thing that Joseph tells his brothers before they leave. In verse 24 he says, “Don’t quarrel on the way!” Now it may be possible to understand the words in the original to mean that they should not be afraid for their safety while they go back to Canaan. However, most understand this sentence to mean that Joseph does not want them to get tangled up in mutual blaming and recriminations. After all, now everything is out in the open for all to see. The guilt that had been gnawing away at the consciences of the brothers—perhaps more for some, less for others—is now uncovered. They had tried to snuff out Joseph’s existence, but here he is, big as life. Their dirty deeds of the past now could easily become the reason for a mutual blame-game. But Joseph appears to say to them, “Don’t even talk about it! There is no profit in that discussion.” In other words, he does not want his brothers to dig up the past and assign blame for the sinful actions of the past. What is past, is past! And no one can change the past in the sense of actually turning the clock backward. Joseph has forgiven them because he sees the bigger picture, namely, that God was working to bring about saving his family’s lives and bringing a blessing to many other people in the process. S.G. De Graaf (Promise and Deliverance, vol. 1, p. 240) says that the brothers were not “to blame themselves or each other, for the wrongdoing had been erased. Together with Joseph, they would believe in forgiveness. In that belief, they would be one.” Forgiveness allows everyone to move on again in life.

We have dealt with the portion of the story that is reported in Genesis 45:25–28 (see Bible Studies on Jacob: Genesis 25–49, p. 130). Briefly, we simply note that the news of Joseph being still alive is initially met with unbelief on the part of Jacob. All the previous years of Joseph being absent had caused Jacob’s heart to run cold and numb with grief, but all the words and evidence of Egyptian carts mount up to present aged Jacob with a conclusion that he could not deny. He now accepts the good news that the son who once was (thought to be) dead, was very much alive. The news of that “resurrection” (so to speak) kindled a flame of spiritual comfort for father Jacob.

The thoughtful reader is reminded of our reading of the Easter morning accounts in the Gospels where the initial reports of Jesus being alive again, risen from the dead, were initially met with unbelief. We think of Jesus’ disciple Thomas, who heard the reports of an empty tomb and of a living Savior, but he would not believe it until he was confronted with physical evidence (John 20:24ff.). But God is the God of miracles, of strange possibilities, and of unbelievable realities. Joseph never physically died, but the perception was that he had died. They say that “perception is reality.” Well, yes and no. The reality is that Joseph was alive, although the perception had been—and they all had believed this!— that Joseph was dead. Jesus Christ, on the other hand, was really dead when He died on the cross on Good Friday. That was both the reality and the perception held by all. But the gospel is good news of what God does for us! Jesus Christ is risen from the dead! That is reality as well, and this wonderful message brings hope and courage, comfort and confidence to God’s people who embrace this with faith in the power of the Holy Spirit.

For Jacob and his entire family, a brand new chapter is about to be written. Their night is passing, and a new dawn confronts them with the marvelous reality that Joseph is not dead, but he lives and has great authority over a powerful empire. The thoughtful reader knows that many, many more years must pass before the Kingdom of God will come in power and glory. There will be dramatic setbacks for the people of God in the years ahead. God’s covenant people will not always stay on the main track that leads to glory. But a refreshing oasis is being reached for the people of the Lord as these preparations are made for Israel to relocate in Egypt.

Lesson 15: Points to ponder and discuss

1. What is so striking or noteworthy about Pharaoh’s reaction to the news that Joseph’s brothers have come to Egypt? Is it somewhat unusual to have Pharaoh actually command that Joseph’s family join him in Egypt? What does this suggest about what Pharaoh thinks of Joseph and his presence in Egypt?

2. Pharaoh may or may not be consciously aware that what he is doing for Joseph’s family is a part of the divine plan, but Proverbs 21:1 says that the Lord can move the heart of the king as He wills (cf. Dan. 4:31–32,35; Isa. 45:1–3). What examples are there today (or in recent history) of how governments and national leaders have acted for the benefit of God’s people, the church? What risks are there when Christians begin to rely upon the state and political leaders for benefits and favors?

3. The Spirit of the Christ is working in the heart and life of Joseph. Joseph’s actions reflect something of what Christ would do for us later in redemptive history. Read John 14:1–6. Just as Joseph had prepared things for the arrival of his family, what has Christ done to prepare for our arrival in our eternal home, the new creation? In what ways is the Father’s house mentioned in John 14:2 so much better than the best of the land of Egypt?

4. God had repeatedly promised the patriarchs Abraham, Isaac, and Jacob the “pillar promises” of land and seed (descendants). Moving out of Canaan puts the promise of land into question, does it not? How relevant is Genesis 15:13-16 to this plan to move Jacob and his family to Egypt? What is good about this move, and what is dangerous about this move?

5. Joseph tells his brothers not to quarrel (Gen. 45:24). How does this reflect the Spirit of the Lord Jesus Christ as His will for life is heard in the words of Joseph? How is the gospel to make an impact on the way this household of God is to live together?

6. Psalm 25:7 asks the Lord God not to remember the “sins of youth.” How are sins forgiven? Does God remember those sins? Why or why not? Why is it sometimes hard for us to accept God’s forgiveness? What happens when people continue to dwell upon their sins and their guilt?