The speech of Judah put in front of Joseph a picture of a family going through misery and distress.  Jo­seph has been testing his brothers, but the dramatic and moving speech of Judah is the “final exam” in this test.  Joseph now knows that his brothers (at least Judah, but surely the same is true for the oth­ers) have changed.  They have grown in God’s grace and knowl­edge as the Holy Spirit has been working in their collective hearts. They freely admit guilt, and they will not seek the easy way out by quickly exiting the court where Jo­seph is judge in order to flee to the safety of Canaan but abandon Ben­jamin in the process.  Love is not merely emotional attachment; it is seen in giving oneself.  Judah pledges that he will give himself in the place of Benjamin.  Judah can­not bear to see Benjamin lost to slavery and thus bring his aged fa­ther Jacob to the grave in abject misery, broken-hearted.

Few people can read this story without themselves being moved deeply in their souls.  Joseph’s tears of joy are an expression of the pain, the love, the affection, and the reconciliation that has been welling up in his soul, only waiting for the right moment to express it.  Now the opportunity has presented itself, and Joseph this time does not walk quickly into another room in order to have a good cry.  He has wept on two other occasions.  The first time that he had wept was when he heard Reuben chastise his brothers for sinning against him (see Gen. 42:22–24).  Joseph gets the first in­kling that there is some sense of guilt among his brothers (at least with the eldest).  The second time was when Joseph sets his eyes upon his younger brother Benjamin during the brothers’ second visit to Egypt to get food (see Gen. 43:30).  On both of these earlier occasions, Joseph had to make an emotional recovery, wash his face, and thus continue to hide from his brothers what he knows (and what we readers know): the brothers are all together physically, yet Joseph is hid from their eyes, but in time they will be united again in heart.  But now Joseph’s emotional outburst is like the bursting of the proverbial dam so that all the feelings that have welled up in him, may come out. They then hear words that leave them all speechless, “I am Joseph.” 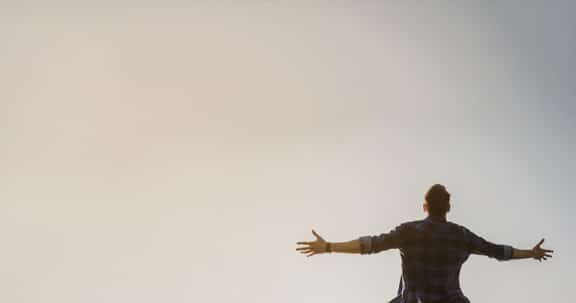 Joseph’s speech is also eloquent in its own way.  He is not only over them in terms of power, but he re­veals himself to be advanced in knowledge of the ways of God. Perhaps the years of separation from his family in Canaan have given him the occasions to think about the big picture of what is going on in all of this.  Again, perhaps the sight of his own brothers bow­ing down to him, a sight that recalls his own prophetic dreams (see Gen. 42:9), has spurred his reflec­tions in an even sharper way to re­flect on how the hand of God must be involved in all this.  Consider this: if the dreams come from God, then they were prophetic.  The message in the two dreams would be that Joseph at some point in time would have authority over his brothers, and he would rule them.  But who would have imagined that being a ruler over the brothers would mean that Joseph would have to undergo a couple of near-death experi­ences!  First in a pit in Canaan, and then in the royal “pit” (prison) in Egypt, Joseph escapes death, cer­tain death in any other set of cir­cumstances.

But God had now elevated him to a key position in Egypt, controlling the food supply that would feed people both far and near.  Joseph describes himself as “father to Pharaoh” (verse 8), an honorary title appar­ently that indicates Joseph, although young, is a very important advisor to the ruler of Egypt (like a chief of staff to a national leader).  Even more than that, Joseph rules Egypt under Pharaoh!  God must have done all this.  Looking back upon all these events, Joseph is given insight by God to see that this is not random chance, and it is not fickle “good luck.”  Not at all!  Three times (see verses 5, 7, and 8) Joseph tells his brothers that God had sent him ahead of them in order to save many people alive.  In other words, we may say that God was working through events that from one angle surely are evil and wicked, but in the divine plan, these events and actions will serve to keep the church of God alive.  Joseph is a kind of Noah (on a smaller scale), a man used by God to preserve life, the life of His people.

Joseph uses words that have the effect of binding him again to his family.  He refers to “my father,” calls himself “your brother” or (in reference to Jacob), “your son.” His goal is reconciliation and re­union with his family.  He has seen his brothers; all that is left to com­plete this cozy picture is for Joseph to see his aged father again.  So he tells them to return quickly (see verses 9, 13) to Canaan in order to bring father Jacob and the entire clan of Israel to Egypt.

Joseph also shows true empathy with his brothers since he knows what it must mean in their troubled hearts now to realize that the brother they had once tried to re­move, once and for all, now stands before them with the power of life and death over them!  His words, “I am your brother Joseph, the one you sold into Egypt!” (verse 4) is both a reinforcing of what he had said earlier and, at the same time, a kind of indictment, perhaps even a kind of rebuke.  Joseph knows ex­actly what they had done to him, but he also knows that the present moment, as everything is now be­ginning to become clear to them, will strike utter terror and distress in their hearts.  Joseph quickly speaks pastorally with his brothers, “Do not be distressed and do not be angry with yourselves for selling me here” (verse 5).

Forgiveness, empathy, and knowl­edge of the future.  Joseph shows this last item as well.  He knows that there will be five more years of famine, not because he uses a sil­ver cup to predict the future and not because he has better insight into long term weather patterns or how the Nile River will (or will not) flood. He tells his brothers exactly how long the famine will be because the LORD has revealed that important fact to him.  Joseph knows where he can settle his family, once they all get back to Egypt: they will live in the region of Goshen, and Joseph will provide for them, just as he provided for all Egypt.  Here is the choice: life in Egypt under Joseph’s care, or destitution, poverty, and much hunger in Canaan.

Joseph’s brothers have been on an emotional roller-coaster in all their dealings with this harsh ruler, and this scene of personal full dis­closure is no different.  We can only wonder what thoughts are racing through their hearts and minds as they hear Joseph bark out the order, “Everybody out!” Once all of the Egyptian staff that waited upon Joseph had exited the room, the brothers watch in em­barrassed silence as the Egyptian ruler, who earlier had them ar­rested and brought before him presumably for their sentencing, now breaks down in loud sobbing, crying that was loud enough for the entire court of Pharaoh to hear it.

This moment: awkward, frighten­ing, clumsy, filled with love but also terror.  What else can describe this moment?  In the Biblical text, the brothers have said nothing in re­sponse to Joseph.  They stand in terrified silence. Judah and the rest are now at a loss for words.  But Joseph “breaks the ice” again by moving toward his precious brother Benjamin, and he “falls” (the literal word here) upon his brother’s neck, and he again weeps.  Benjamin embraces his long lost brother back and weeps as well.  This grand Egyptian ruler is his own brother!

They talk, and I suspect that they talked and talked some more. There are many years of their lives that must now be brought up to date.  This day in Joseph’s house began with the brothers happily journeying back home, but then that was abruptly halted when they were apprehended and brought back to his house for judgment. Judah had given a moving defense that causes Joseph’s rigid façade to crack.  The day is now ending with the brothers taking a major step forward toward the unity of this family, a dramatic movement to­ward reconciliation among broth­ers.  Joseph’s actions toward his brothers had been firm and appar­ently harsh, but the outcome is beautiful in that the issues of recog­nizing guilt, seeing what grief their sins had caused, realizing that love was costly and demanding, even sacrificial—all that had been brought to the surface by the win­nowing process through which Jo­seph had put his brothers.

If left to ourselves, we would kill each other in a bloodbath of hatred and revenge.  When the power and tenderness of God’s grace and love take over, there is reunion, unity, healing of the past, and hope for the future.  In Genesis 45 we see something of the beauty of God’s Kingdom because of the Prince of Peace, Jesus Christ.

Lesson 14: Points to ponder and discuss

1. Joseph sends all his Egyptian attendants out of the room.  In this way they will not hear the disturbing fact that Joseph’s brothers were the ones who had sold him into slavery.  All they will hear are Joseph’s loud sobs coupled with the news that his brothers are now with him.  Why does Joseph act so that his family’s “dirty laundry” does not get exposed?  Does he simply want this moment of revelation to be private and personal?

2. Joseph points out at least these two realities: “You sold me… God sent me.”  Here we see the realities of God’s great sovereignty, on the one hand, and human responsibility, on the other hand. How are both things true in this particular story? Does God’s sovereign control of all things excuse the brothers for the guilt of their actions against Joseph?

3. What comfort do we have as believers in a sovereign God that He will work out everything for the good of those who love Him?  Is there any comfort in believing in a God who is not completely sovereign? How does “good theology” help Christian believers deal with difficult circumstances in their lives?

4. Read Psalm 133. Joseph forgave his brothers and loved them. This leads to restored unity among the brothers, or, at least, the first important steps toward brothers dwelling in unity.  Why is Christian unity so important, and why is it so painful when it is missing?  What does Psalm 133 say is God’s blessing upon Christian unity?  What sinful things disrupt Christian unity today?

5. Joseph’s emotional meltdown touches every thoughtful reader who listens to this story with Christian sensitivity.  Obviously Joseph was glad to see his brothers and to reveal himself finally to them. Could it be that the brothers were also overjoyed to realize that Joseph was not dead, to know that their murderous hatred had not, in the end, succeeded?  Do people act sinfully and foolishly, and then on the “morning after,” hope that their sinful acts do not succeed? Do we sometimes “sow wild oats,” and then hope for a crop failure?

6. Jesus is Lord of all the earth.  He has gone ahead of us to prepare a place for us (see John 14:1ff.).  How does Joseph’s treatment of his brothers in Genesis 45:1–15 reflect and anticipate how Christ treats those whom His grace has adopted as His brothers and sisters?