We turn here to the stories that will revolve mainly around Joseph and also Judah. But again, we must be alert to what God is doing to advance His cause and His Kingdom in and through Joseph and Judah. The Bible does not give us interesting biographies of the “good guys” and the “bad guys.” The Biblical story is tracing a covenant line that will draw our attention always forward to the coming of the Lord Jesus Christ, His Person and work, and the coming of the Kingdom of God.

There are two things to notice about the opening verses of Genesis 37. First of all, Jacob is brought back into the story after we have read through the “account of Esau (that is, Edom),” which occupied Genesis 36. Esau and his descendants, the Edomites, will occupy land to the south of the Dead Sea. But Jacob will occupy Canaan, the Promised Land, where his own father Isaac had lived throughout his life. Second, note that in verse 2, we have the last of the “accounts” (or, “generations”) of the book of Genesis. We met the first one in Genesis 2:4, the “account (or, generations) of the heavens and the earth.” These several accounts had given textual shape to the book of Genesis as matters continued to narrow down to focus the readers’ attention upon the family of Jacob, the people of Israel. These accounts provide a name, and then tell us “what happened” to him and his family. So we will see Jacob in the Biblical story here, but attention will soon focus on Joseph and Judah and how God will use these two sons. Judah, we remember, is the fourth son of Jacob, while Joseph is the “younger son,” the son of Jacob’s favorite wife Rachel. 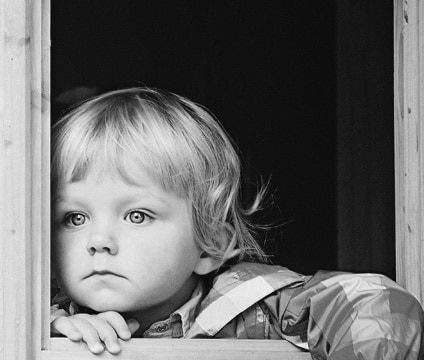 What do we mean here in saying, “younger son?” First of all, we recall that Joseph is in fact the oldest son of Rachel and Jacob. Rachel had been unable to have children for some time, and this had caused her great distress (see Gen. 30:1–8). Yet in time “God remembered Rachel,” she gives birth to her firstborn son, Joseph (“may He add;” Gen. 30:22–24). In relationship to the other half-brothers, Joseph is the youngest son. Some day he would, in God’s marvelous plan, become the powerful ruler of Egypt, and his brothers would serve him (cf. Gen. 25:23).

Genesis 37:2–11 divides into two parts: the first part focuses on Jacob’s love for Joseph, while the second part reveals the message that comes through two dreams. Both sections in these verses have one thing in common: the hatred the sons of Jacob have against their own half-brother, Joseph.

Jacob is an old man at this point, and he loves the “son of his old age,” whose status is enhanced by the fact that Joseph is the son of his beloved wife Rachel (now deceased; see Gen. 35:19). Jacob loves him more than all of his older sons, a fact not unnoticed by those sons, something that is not lost on them and their attitude. We meet Joseph now, after his birth notice, when he is a teenager, a boy 17 years of age.

There is an earlier account of a parent showing favoritism to a particular child. Jacob’s own father Isaac had loved Esau more because of the tasty wild game that Esau could catch, prepare and serve as food. Jacob, on the other hand, had been loved by his mother. Those dynamics of favoritism had let lose in the family some very unhealthy things. Now Jacob shows his own love to this younger son, Joseph.

He makes it blatantly evident by the special coat that he prepared for Joseph. Some translations have called it a “coat of many colors,” but this is not likely the translation. The same phrase of description is given to the kind of garment that Tamar, the daughter of King David, would wear later (see 2 Sam. 13:18). Some have suggested that the coat was ornamented with long sleeves and would indicate a person of royal position. While we cannot be dogmatic here, it is likely that Joseph was “dressed like a king,” and that by his own father. And Joseph is certainly not in the position of being the oldest son: there are ten older brothers ahead of him! Brotherly jealousy and resentments are somewhat understandable.

But there are other reasons that the text gives for why the brothers hate Joseph. While he helped out by working with his half-brothers who were the sons of the concubines, he brings back a “bad report” about his brothers to his father. Our culture generally hates a snitch, a tattletale, but it is not clear if that is the way we should read and hear this story. On the other hand, we also value the “whistle-blower” who calls the dishonest to public account. In either case, the exposure of the brothers’ evil (whatever it may have been) is something they hate. Civil conversations between the brothers and Joseph were no more (verse 4).

The two dreams are further reasons for the brothers’ hatred against Joseph. Even father Jacob is made thoughtful about what this all means. Dreams will play a significant role in the entire Joseph story (cf. the dreams of the two royal prisoners, and the dreams of the Pharaoh). Joseph’s two dreams basically have the same message. In each, something that represented Joseph himself receives the bowing down of the other objects that represent his family members. Joseph’s sheaf stands, and his brothers sheaves bow to his sheaf. In the second dream, the celestial “governors,” the sky rulers—the sun, the moon, and the stars—bow down to Joseph. If God had sent such dreams to Joseph, then God is saying that Joseph will someday be a great ruler. Jacob had honored his son with his love and with a special coat. Now it appears that God will greatly honor him as well in the future. There are two reactions in the family: the brothers only use the dreams of Joseph to fuel their hatred and jealousy, while father Jacob is perplexed, perhaps wondering if things are now beginning to get out of hand, or thinking that Joseph’s dreams may have only exaggerated the honored position that Jacob had given him. It is one thing to claim that Joseph will rule in the future, but will Jacob himself actually bow down to Joseph? Jacob does not forget this: he pondered these things in his heart.

Mary, the mother of our Lord Jesus, will do a similar thing later at the birth of Christ. Read Luke 2:19 and 2:51. Pondering and meditating upon the revelation of God is, in fact, the attitude of a good, submissive disciple. A good disciple will take the revelation of God and store it in his heart, like seed that falls on good soil. Such a disciple can then produce a bumper crop for God’s Kingdom. Is this what will happen with Jacob? Jacob ponders these things, but his sons do a slow simmer of hatred.

We begin to feel at this point that we have been here before. In a covenant home where the true God should be known, loved, worshiped, and honored, we find instead the things of the ancient Serpent, the devil, coming to expression. Jesus told the Jews the truth, and that truth sets anyone free (John 8:31). But the Jews rejected both the message and the Messenger, Jesus. Yet they claimed that they remained Abraham’s children. Jesus’ reply is telling: “You belong to your father the devil… he was a murderer from the beginning, not holding to the truth, for there is no truth in him. When he lies, he speaks his native language, for he is a liar and the father of lies” (John 8:44).

Spiritually, Cain acted like the devil when he murdered his brother and then lied to God. A similar thing will happen in Genesis 37 when the brothers of Joseph will wish to kill him and then lie to their own father. The power of evil is great, even in the lives of people who should know and live according to the Kingdom of God.

Jesus also faced lies and plots of murder. Yet the grace of God is greater than all the sin and guilt that exist in this world. God reveals His perfect will so that we might live by it. The wicked will reject God’s will because they act according to their nature. By nature we all hate God, His Son, His message, and we hate our neighbors as well! This does not stop our great God: He works even through human wickedness to bring His perfect designs to pass. Acts 2:22ff. and Acts 3:18 (cf. Acts 4:28) tell us that the Jews handed over God’s righteous Son, the Lord Jesus Christ, to wicked men, even after God had accredited Jesus in the presence of all. But it was precisely through these actions, wicked in their motive and method, that God worked out the salvation of all His elect through the Cross and the resurrection. This is grace: God’s riches established at Christ’s expense. Indeed, God moves in a mysterious way!

Lesson 1: Points to ponder and discuss

1. In the ancient world it was commonly understood that the gods could communicate their wills to people by means of dreams. In fact, God had appeared to Jacob in a very important dream at Bethel (Gen. 28:10ff). If this is so, why did Joseph’s brothers not understand these two dreams in a similar way? In other words, if dreams are from God, then the family must submit to God’s plan and not “hate the messenger” (Joseph), right? What does this suggest about the spirituality of Joseph’s brothers? What reaction do modern church members have to God’s revelation today, especially when it “steps on our toes?”

2. God made His plan known for Joseph by means of dreams. Does God still make known His will today by means of dreams? (Yes, there are people today who profess the Christian faith and who attach significance to dreams!). How do we understand Hebrews 1:1–3 in this regard?

3. Joseph’s brothers hated him. How is it possible for brothers who are raised in the same “Christian” home to hate their own flesh-and-blood to such extent as we see in this chapter? What can parents do when they see such hatred beginning to show itself?

4. We see a gradual escalation in the levels of bitterness that arise in the sons of Jacob. Apparently none of them try to check this hatred and stop it. There is such a thing as “mob violence” and “mob (or group) hatred.” How does this appear today? Where have you seen or experienced this yourself? Can “coffee cup gossip” about certain people be a subtle form of such hatred? How do cliques, closed circles of friends, become a negative thing in school or in a congregation?

5. Jacob’s favoritism to Joseph plays a role in the brothers’ growing hatred against Joseph. Is this then a story about “bad parenting,” or is it a story about the covenant seed, that is, the family line that carries God’s redemptive plan? What is this “covenant seed” like in Genesis 37? Are they being influenced perhaps by the ways of the Canaanites?

6. Commentators are divided in their evaluation of Joseph’s personality in Genesis 37. Some see him as a proud and arrogant snitch, one who did not handle the message of the dreams in a responsible way. Others see him as a faithful and dutiful son, one who obeys his father, knows what is evil and will not stand for it (even in his brothers). How do you read this part of the story, and why? In the end, is the focus on the person of Joseph, or should we ask how the Spirit of Jesus is working here in the people and events of this story?