As you and I peruse the pages of Holy Writ, there are four fundamental questions we should always keep in the forefront of our minds:

What is God doing in this passage?

What is God saying in this passage?

How are God’s people responding to God’s actions and words?

How should you and I respond today?

A simple, cursory reading may leave one cold and unconvinced or confused, but a daily, rigorous study of God’s Word will yield amazing results. It is my prayer that you will have a rich, exhilarating experience as you study this book of Ezra over the next months.

In order to understand the book of Ezra we have to see it in the light of those Old Testament prophecies which predict its occurrence. In the words of Isaiah, we have some highly specific prophecies about the return of the exiles to Jerusalem, after the seventy years of captivity are completed. There are specific references to the coming of Cyrus, a Persian king (Isa. 44:28; 45:1; 45:13). God has sent His prophet Isaiah to call His people to repentance, to warn them of the consequences of their sins, to threaten them with impending punishment, but also to remind them of His great love for them. God has stated with utmost clarity that He has already, even before they have committed them, forgiven them their sins and wiped the slate clear: “O Israel, you will not be forgotten by Me! I have blotted out, like a thick cloud, your transgressions, and like a cloud, your sins. Return to Me, for I have redeemed you” (Isa. 44:21–22). 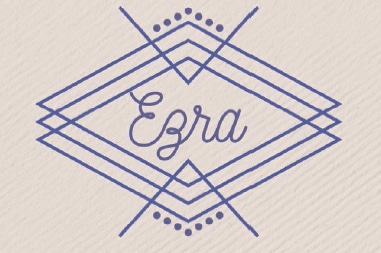 God can make such awesome claims because He is “the Lord, who makes all things, . . . who drives diviners mad, . . . who performs the counsel of His messengers, . . . who calls you [Cyrus] by your name, . . . who makes peace and creates calamity” (Isa. 44:24–26; 45:3, 7). God powerfully reminds His readers, through Isaiah, that He is truly the Sovereign Lord of the universe, the One in whom all power and wisdom reside. He knows and controls everything, past, present, and future. Centuries before, while the people of Israel were still wandering in the wilderness, before they crossed the Jordan, God had warned them that all these events would happen, not because they were predetermined but because the inclination of man’s heart was always evil continually (see Deut. 28:36–63).

In Isaiah 44:24–26 and in Isaiah 45:2–12, what is God asserting about His own character and ability? On the basis of these claims, what promises is God making to the people of Israel through His prophet Isaiah?

Whom does God say will accomplish these things on His behalf? Who is the human agent that God will use in order to bring those promises to fulfillment? Is this the same person being mentioned in 2 Chronicles 36:15–23 and in Daniel 1:21 and Daniel 5:28?

What does God say about this Cyrus? What terms does God use to describe him? Does God describe him as a willing, devoted servant?

When were these words written? How much time would elapse before the events promised would occur (see the chronology)?

When, and under what circumstances, did Cyrus appear on the pages of history? Who was there to meet him and serve in his court (see Dan. 6:24–28 and the chronology)?

Did Daniel know the books of Isaiah, Ezekiel, and Jeremiah? Did the exiles in Babylon have these books with them? Do you think it plausible that they knew these prophecies? How would that affect their lives (see Dan. 9:1–19; Ezek. 14:14, 20)?

Is it reasonable to assume that Daniel might have shown Isaiah’s prophesies about Cyrus to Cyrus while Daniel was serving in his court?

Cyrus is king of Persia 539

The Medes and the Persians conquer Babylon and kill Belshazzar; Darius the Mede becomes king over the Medo-Persian Empire (Dan. 5:30; 6:28). 538

2. God identifies Cyrus (Isa. 44:28; 45:1, 13) as the person who will become His agent in bringing these promises to fulfillment, naming him on these pages of Scripture in order “that you may know that I, the Lord, Who call you by your name, am the God of Israel” (Isa. 45:3). God did not want Cyrus to be ignorant of His great plan for His people, promising to return them to Jerusalem after the seventy years had been finished, or of Cyrus’s role in that return. God thus leaves Cyrus without excuse, for God wants Cyrus to know by whose power and for whose glory these events will occur. Cyrus is to know, just as God’s people are to know, that the God of Israel is Lord of history.

3. God labels Cyrus as “My shepherd, and he shall perform all my pleasure” (Isa. 44:28), and then follows that by saying that he is God’s “anointed” (Isa. 45:1), a term reserved for God’s special agents and only for those who were part of Israel. Using this term to describe Cyrus must have been a shock to conservative Israelites, who would have considered that an inappropriate designation. Priests were to be anointed (Exod. 28:41), as was David, but no one would expect anointing to be assigned to a presumably pagan Persian. God also tells Cyrus that it would be His power holding his right hand so that nations might be subdued and the armor of kings be loosened, that it would be God who would “break in pieces the gates of bronze and cut the bars of iron” (Isa. 45:1–3). God also reminds Cyrus (and all of us) that he, Cyrus, had not known God (Isa. 45:4–5) and therefore was acting on the basis of God’s instigation. In a very real sense, then, Cyrus is a pawn in the hand of the great chess master, or, in God’s own analogy, the clay in the hand of the potter (Isa. 45:9). Cyrus cannot complain to God: “What are you doing with me? Why are you using me for such a noble purpose?” The potter does not have to explain His actions to the clay, but this One graciously does.

5. We learn from Daniel 5 that God had sent the handwriting on the wall of the palace in Babylon to tell wicked King Belshazzar that God had “numbered his kingdom and finished it. . . . Your kingdom has been divided, and given to the Medes and Persians” (Dan. 5:26–27). We know from extrabiblical accounts that Cyrus and Darius had combined forces and conquered Babylon in 539 B.C. by diverting the waters of the Euphrates River so as to make the city susceptible to invasion. “The Greek historians Herodotus and Xenophon report that Babylon was taken in a surprise attack by the Persians while the Babylonians were engaged in reveling and dancing” (New Geneva Study Bible, p. 1341), thus confirming the text of Daniel 5. Josephus, the Jewish historian, gives us added detail, thus confirming the literal fulfillment of God’s promises made in Isaiah 41:2; 43:14; 44:27; 45:1–2, 13; 46:11. When Cyrus arrives as conquering king over Babylon, Daniel is there to meet him, just appointed to be the third highest ruler in all of the land (Dan. 5:29). Daniel is not killed by the invaders but is placed in a position of transitional authority, survives a plot against him, and then “prosper[s] . . . in the reign of Cyrus the Persian” (Dan. 6:28).

6. We know that Daniel “understood by the books the number of the years specified by the word of the Lord through Jeremiah the prophet, that He would accomplish seventy years in the desolations of Jerusalem” (Dan. 9:1–2), thus assuring us that Daniel and the captives had in their possession at least the book of Jeremiah. We know, too, from Daniel’s prayer that he was well versed in the Law of God (Dan. 9:3–19) and must have had access to the books of Moses. Additionally, we know that the prophet Ezekiel, a contemporary of Daniel, was familiar with Daniel and considered him to be one of the three wisest, most righteous men who had ever lived (Ezek. 14:14, 20). Ezekiel was probably deported to Babylon with the second wave of captives in 597 B.C., when Nebuchadnezzar captured Jerusalem, thus placing him in the kingdom of Babylon at the same time as Daniel. Because the last date mentioned in the book of Ezekiel is April 26, 571 B.C. (see Ezek. 29:17), it is assumed by some Bible scholars that Ezekiel might not have lived to a ripe old age and probably preceded Daniel in death. Because the books of Jeremiah and Ezekiel, as well as the books of the Law, were available to the captives, it is also safe to assume that they had the book of Isaiah with them while in captivity and thus knew the prophecies about the coming of Cyrus. This must have been a source of great hope and excitement for all of them.

7. Because God had explicitly stated that He wanted Cyrus to know that it was He who had called him by name and said to Cyrus that God was holding his right hand to subdue nations, it is fair to assume that Daniel would have shared this information with Cyrus when he was privileged to serve in his court. What impact this information would have had on Cyrus can only be deduced from the text of Ezra, where we encounter the words of his proclamation. We will see that in the next lesson.