Bavinck defines what is meant by inspiration by noting the significance of the term the apostle Paul uses in 1 Timothy 3:16. Though we are accustomed to the term “inspiration,” which derives from the Latin (Vulgate) rendering of the Greek term, theopneustos, the literal sense of Paul’s term is that the Scriptures are “God-breathed.” Like his contemporary, the Presbyterian theologian B. B. Warfield, Bavinck observes that this term should be taken in a passive sense to denote the divine origin or authorship of the Scriptures. The Word of God is the product of God’s divine power and wisdom, and should be received accordingly as possessing full divine authority. Though Bavinck acknowledges the impenetrable mystery of the Spirit’s work in the production of the Scriptures, he maintains that this work occurs within the framework of the Spirit’s “immanence in everything that has been created” (RD 1:426). The inspiration of the Scriptures is not to be viewed as an “isolated event.” Rather, it reflects the “crown and zenith” of the comprehensive work of the Spirit in perfecting and utilizing the created order. Here too we have an instance of the inter-relation between creation and redemption; the same Spirit who is at work in the whole creation is now at work in the context of redemption or re-creation. The work of the Spirit in the inspiration of the Scriptures is, nonetheless, a unique and intermittent work, which must be distinguished from the broader work of the Spirit in creation and in the regeneration of believers. 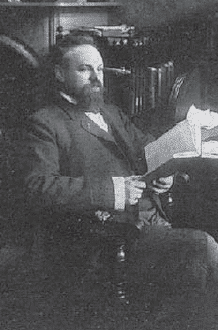 In order to provide a more definite view of the nature of inspiration, Bavinck distinguishes between “mechanical,” “dynamic” and “organic” inspiration. While Bavinck rejects the first two views as incompatible with the testimony of Scripture and the nature of the biblical writings, he defends the third or “organic” view as one that is consistent with the historic conception of the church, but that does greater justice to the historical character of the Scriptures. Only an “organic” view of inspiration is able to account simultaneously for the divine origin and authorship of the Scriptures and the full humanness of the Scriptural writings.

As the language intimates, “mechanical” inspiration is the view that the biblical authors were mere conduits through whom the Holy Spirit channels divine revelation. Rather than doing justice to the full engagement of the human authors in the production of Scripture, the mechanical understanding tends to lift the human authors out of their historical context and disregards their connections with their environment. In this conception of inspiration, God is not only the primary author of the biblical writings, but he is really the only author. In Bavinck’s estimation, a “mechanical notion of revelation one-sidedly emphasizes the new, the supernatural element that is present in inspiration, and disregards its connection with the old, the natural. This detaches the Bible writers from their personality, as it were, and lifts them out of the history of their time” (RD 1:431). While it is often alleged that this mechanical understanding of inspiration was the teaching of the church throughout much of its history, Bavinck demurs from this assessment and wisely notes that this generalization needs to be tested against the particular statements of older writers on the subject.

Bavinck expresses even greater dissatisfaction with the “dynamic” view of inspiration, which has become the favored view of modern liberal theologians. The dynamic view, which emphasizes the inspiration of the biblical authors but not the inspiration of their writings as such, reduces the Bible to an “inspiring” book that contains many elevated religious sentiments but is not the Word of God as such. The insuperable problem with this conception is that it places an impossible burden upon the interpreter of Scripture, who is obliged to determine what in the Scriptures is of divine inspiration and what is not. On this approach, the doctrine of Scriptural revelation is thoroughly undermined.

With his contemporary, Abraham Kuyper, Bavinck maintains that we should speak of the “organic inspiration” of Scripture. Without denying the fundamental truth of Christian orthodox theology, namely, that the Bible is the inspired Word of God, the organic view aims to do justice to the human authorship of Scripture. The Holy Spirit does not “coerce” or displace the human authors in the production of Scripture. The Spirit uses the human authors as “human beings, not as blocks of wood, but as intelligent and moral beings” (RD 1:432). The language of the various books of the Bible exhibit clear and compelling evidence that the human writers were “authors” in the proper sense of the term. These writings reflect the character, language, and style of their authors. Nothing that is genuinely human or properly illustrative of the personality and times of the biblical writers is suppressed. Within God’s providence and superintendence, the human authors of Scripture are used by the Spirit in a way that fully honors their distinctive personalities, gifts and powers. All of these are made serviceable to the Spirit’s aim, which is to communicate the Word of God in human language so that the Scriptures might become the “possession of the whole human race” (RD 1:433). In the preparation for their writing, these authors engaged in research, made use of various sources, and enlisted all of the various means ordinarily employed in the production of any human writing. Even though the language of these authors does not display a consistent beauty or elevated style, the thoroughly human character of their writings serves the purpose of communicating the Word of God to all human beings. The humanity of Scripture, far from being an embarrassment, is precisely the reason the biblical writings continue to speak in a clear and compelling manner to all peoples and at every stage in human history.

In view of all this, the theory of organic inspiration alone does justice to Scripture. In the doctrine of Scripture, it is the working out and application of the central fact of revelation: the incarnation of the Word. The Word (Logos) has become flesh (sarx), and the word has become Scripture; these two facts do not only run parallel but are most intimately connected. Christ became flesh, a servant, without form or comeliness, the most despised of human beings; he descended to the nethermost parts of the earth and became obedient even to the death of the cross. So also the word, the revelation of God, entered the world of creatureliness, the life and history of humanity, in all the human forms of dream and vision, of investigation and reflection, right down into that which is humanly weak and despised and ignoble. The word became Scripture and as Scripture subjected itself to the fate of all Scripture. (RD 1: 434)

Dr. Cornelis Venema is the President of Mid-America Reformed Seminary. He is also a contributing editor to The Outlook.