Authority is often thought of in negative terms. One would ask why. The answer is two-fold. Authority is often despised because of the frequent abuse of authority. Sadly, it happens often, that one In authority over others abuses his power. We will speak about that in a future installment.

A second reason authority is often despised is because man has an inherent unwillingness to submit to someone else. Ever since the fall into sin, every human being has a natural urge to completely autonomous—a law unto himself. This is not a new development in humanity. You see it already with the first humans, Adam and Eve. God had placed them in the Garden. He had given them a beautiful place to live, work to do, and food to eat. They could eat from every tree in the Garden, except for one. That was God’s law. The man and the woman, however, rejected that law. They rejected God’s authority and ate from thatI tree. Ever since, man has continued to reject authority. nature, man is lawless. 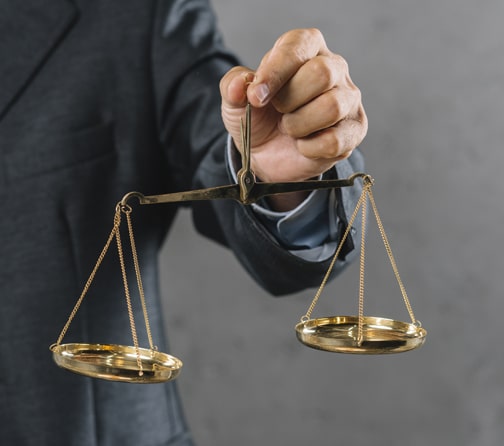 It is very interesting to see how the media comments on the biblical teaching of authority. There was a profound example of interesting media comment the summer of 1998. On June 9, 1998, the Southern Baptist Convention issued a Declaration on Family Life. It reads as follows:

God has ordained the family as the foundational institution of human society. It is composed of persons related to one another by marriage, blood or adoption. Marriage is the uniting of one man and one woman in covenant commitment for a life-time. It is God’s unique gift to reveal the union between Christ and His church, and to provide for the man and the woman the framework for intimate sexual expression according to biblical standards, and the means of procreating the human race. The husband and the wife are of equal worth before God, since both are created in God’s image. The marriage relationship models the way God relates to his people. A husband is to love his wife as Christ loved the church. He has the God-given responsibility to provide for, to protect, and to lead his family. A wife is to submit graciously to the servant leadership of her husband even as the church willingly submits to the headship of Christ. She, being in the image of God as is her husband, has the God-given responsibility to respect her husband and to serve as his helper in managing the household and nurturing the next generation. Children, from the moment of conception, are a blessing and heritage from the Lord. Parents are to teach their children spiritual and moral values and to lead them, through consistent discipline, to make choices based on biblical truth. Children are to honor and obey their parents.

Media comment on this declaration was very interesting. That the media had lots to say about this statement was not unexpected. What was surprising was what the media focused on. The declaration began with a very narrow definition of marriage. It said that marriage is the union of one man to one woman for a life-time. Part of the liberal media agenda is gay rights. With the push for legalized gay marriages, it is surprising that the media did not latch on to that point.

Furthermore, the declaration says that the marriage between a man and woman is for a life-time. It excludes divorce. Again, how surprising that the media had nothing to say on this point. When the Declaration on Family Life spoke about children, it said that children are a blessing from God “from the moment of conception.” Largely, the media rejects that. The message promoted in our culture is that a woman can terminate life in her womb if she wants. And yet the media did not zero in on that part of the statement.

Neither did they comment on the declaration’s call to parents to provide “loving discipline” to their children. The child rights advocates hate the word “discipline.” Yet the media let that pass. It let all of this pass. It let pass the opportunity to denounce Christians for their views on marriage and divorce, abortion, and child-rearing—typical hot-button items. Instead it fixated itself on one sentence: A wife is to submit graciously to the servant leadership of her husband.

Isn’t that interesting? Of all the places the media could have hooked into this statement, they focused on this aspect. Why? Because of the hatred of authority; because of the inherent human tendency to reject the idea that there are levels and structures of authority in life, in society, in families.

THE SOURCE OF AUTHORITY: GOD

When we speak about authority, we need to ask about the source of authority. What or who is the source?

It is, of course, God. Ultimate authority belongs to God alone—to God the Creator and Redeemer of life. God is the absolute and final authority with respect to all things: nature, history, faith and morals.

After the Lord God had shown His sovereignty over nature and history by bringing His people Israel through the Red Sea on dry ground, and had drowned Pharaoh, king of Egypt, and all his soldiers in the midst of the Red Sea, then Moses and the Israelites sang a song which praised God as the One who has authority over people’s lives and over all of creation. They ended the song (Exodus 15) with the triumphant words: “The Lord will reign for ever and ever.”

Many of the Psalms describe God as the great, ultimate, and final authority over all things. Psalm 93 says: “The Lord reigns, He is robed in majesty…and is armed with strength… Your statutes stand firm…for endless days, O Lord.”

The Lord Jesus told us not to fear those who can kill the body and after that can do no more. Rather. said He, we ought to fear Him who, after the killing of the body, has power to throw a person into hell. And then He was talking about God the Father. One of the apostolic letters of the New Testament, the letter of jude, ends with these words: “… to the only God our Savior be glory, majesty, power and authority, through Jesus Christ our Lord, before all ages, now and forevermore!”

We can also think of the book of Revelation which shows so powerfully the authority God has over all the peoples of the earth, over all of nature, and over all of history.

AUTHORITY GIVEN TO CHRIST

God the Father has given authority to His Son -to God the Son, our Lord jesus Christ. As jesus Christ Himself said in Matthew 28:18: “All authority in heaven and on earth has been given to me.” What kind of authority did the Lord Jesus Christ receive? He tells us in the gospels.

God the Son has authority by virtue of being God. Because He, together with the Father and the Holy Spirit, is true and eternal God, He has authority over all things. But He was given authority in a special way—authority to forgive sins, to heal, to teach, to judge and to give eternal life.

THE AUTHORITY OF GOD’S WORD

The authority of Scripture lies in the fact that it is inspired, the infallible Word of God. In 2 Timothy 3: 16 & 17, the Apostle Paul wrote: “All Scripture is God-breathed and is useful for teaching, rebuking, correcting and training in righteousness, so that the man of God may be thoroughly equipped for every good work.”

God breathed the Scriptures out. God speaks to us today by way of the Holy Scriptures. We need to listen to them. Woe unto him who would ignore what the Scriptures say. The Bible has total authority over us, over every aspect of life, both doctrine and conduct. It is the Bible that teaches us how to live. It teaches us what God’s will is and how to live a life pleasing to Him. We need to read the Bible every day at home. We need to study it in order to know what the Lord requires of us.

It is the Bible that teaches the gospel which tells us about what the Lord Jesus Christ has done for sinners. It speaks about how He died to set people free from their sins.

The Lord has given the task of proclaiming the gospel and teaching the Word to the church. All people must seek out the church of Jesus Christ and sit under faithful and authoritative preaching to hear the good news of salvation, to be taught how to live in obedience to God’s Word, and to express thankfulness for God’s goodness and grace.”

To be continued in the next issue where the topic of the various agents of authority—the family, the church, and the state—will be discussed)

This article and the three that will follow it were originally presented as a speech at the October 1998 Ontario Women’s League Day in Ancaster, Ontano, Canada. Much of the spoken style remains.

Reprinted with permission from Clarion, November 12, 1999.