Two issues back we considered the source of authority. God is the source. He reveals to us His will through the Word, the Scriptures. Last time we addressed the topic of the agents of authority. As we go about our business in life, God comes to us mainly through three agents: our parents, the church, and the state.

We ended the last article with a few questions. The questions were: How ought those to whom God gives authority in this world—parents, the church, the civil government exercise that authority? What ought to characterize their authority? I said that those questions can be answered by one word: Service. All authority ought to be qualified by service-servant-leadership.

All whom God calls to exercise authority in this life—be it in the family, in the church, or in the state—must do so as servants. In this they must follow the Lord Jesus Christ. God gave Jesus Christ all authority in heaven and on earth. Today He is seated at the right hand of God the Father as King of the universe. However, Christ exercised authority already while He was on earth—authority to forgive sins, to drive out demons, to teach, to judge, and to give eternal life. What was the main distinguishing mark of the way in which Christ exercised authority? Service. 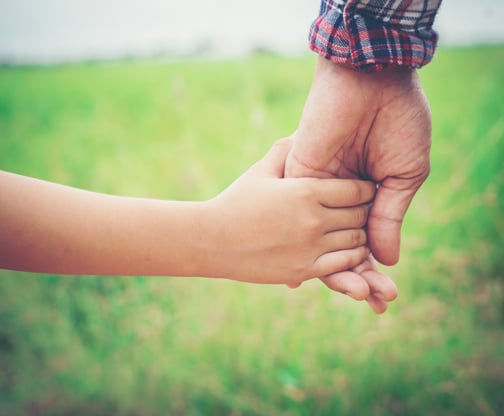 In Mark 10 beginning at verse 35, the Evangelist Mark related how the disciples of the Lord Jesus were arguing about who was going to get the choice spots in the kingdom of heaven. James and John, the sons of Zebedee, started it. They said to Jesus: “Let one of us sit at your right and the other at your left in your glory.” The Lord told them that was an inappropriate demand of them to make of Him.

When the other disciples heard about James’ and John’s request, they became very angry. It turned into quite a hullabaloo. So the Lord Jesus called them together and said, “You know that those who are regarded as rulers of the Gentiles lord it over them, and their high officials exercise authority over them. Not so with you. Instead, whoever wants to become great among you must be your servant, and whoever wants to be first must be slave of all. For even the Son of Man did not come to be served, but to serve, and to give His life as a ransom for many.”

The Son of Man (i.e., the Lord, the Christ)—the One to whom God the Father gave all authority in heaven and on earth—came to serve. To give His life as a ransom.

If we tum to John 13, we see this servant leadership of Christ at work. Jesus and the disciples were about to sit down to eat. It was customary to have one’s feet washed before eating. This was a very important social convention in Palestine at that time. People walked barefoot in sandals, so their feet would get dusty. Because people reclined on the floor when they ate, resting perhaps on a pillow, around a low table, it was very important to have the dust washed off their feet.

The lowliest servant in the house would typically do this. There were Jesus and His disciples, ready to eat. Apparently there was no servant boy to wash their feet. Who would do it? All the disciples were very selfconscious. To get up and wash the feet of their peers would mean that they were less than the others. No one got up. No one wanted to look like he was less than the others.

Suddenly, the Master Jesus got up. He took off His outer cloak, wrapped a towel around His waist, poured water into a basin, and went around to each of His disciples, washing their feet and drying them with the towel. This was shocking. No other rabbi in Israel would have done such a thing. No other teacher would have stooped so low as to wash the feet of His students, His followers, His disciples. But Jesus did.

When He had finished washing their feet, He put on His clothes and returned to His place. He asked the disciples whether they understood what He had done for them. He said: “You call me ‘Teacher’ and ‘Lord,’ and rightly so, for that is what I am.” Then He made a penetrating application: “Now that I, your Lord and Teacher, have washed your feet, you also should wash one another’s feet. I have set you an example that you should do as I have done for you.”

The account in John 13 challenges all who are in positions of authority—in the home, in the church, in the state—to be servant leaders. We need to exercise legitimate authority like Jesus Christ did, by becoming a servant to those God has placed under us.

Not only does authority have its appropriate style. There are also limits to authority. All human authority is limited. No human being has absolute authority. Only God does.

There is a wonderful story in the book of Acts that demonstrates the limited authority of man and the absolute authority of God. In Acts 4 we read about how the apostles Peter and John were arrested by the Jewish Council for preaching the good news of salvation by the cross of Jesus Christ. The council commanded them not to speak or teach at all in the name of Jesus. But Peter and John replied, “Judge for yourselves whether it is right in God’s sight to obey you rather than God. For we cannot help speaking about what we have seen and heard.”

What Peter and John said was significant. They were intent upon disobeying the authorities because they had to obey God. The Lord Jesus Christ had told them to preach the gospel. When the Jewish Council abused their authority took unto themselves absolute authority – John and Peter said: “We will disobey you because we must obey God.” We need to be very careful here. The only time that we may disobey someone in authority over us parents, church or state, is when they tell us to do something against the will of God.

Only when obeying them will put you in conflict with the will of God, the only absolute authority, may you disobey the person in authority over you. Of course that includes someone who is perpetrating a crime against you, some kind of abuse—sexual or physical abuse. Then too you disobey, if you can.

To that we can add the thought that if you may disobey, you must disobey. For the only time that you may disobey is when obeying the human authority will put you in conflict with the divine authority. In such an instance your highest calling is to obey God.

We were looking at Acts 4. If we go to Acts 5, we see that what we have seen so far is confirmed.

Once Peter and John were released, they promptly went out and continued preaching and teaching in the name of Jesus. In short order they were arrested again and thrown into jail. During the night, an angel of God came, opened the doors of the jail, and sent them out with the command of God to tell the people the full message of this new life.

In short order, they were arrested again and brought before the council. Once again the council told them not to speak and teach in the name of Jesus. But then Peter spoke the decisive word: “We must obey God rather than men.”

That is the bottom line. obeying man would make you disobey God, you need to disobey man to obey God. All human authority is limited. Only God’s authority is unlimited and absolute. God is sovereign. Jesus Christ, alone, is King of kings and Lord of lords. His is the kingdom, the power, the glory forever. His and His alone.

This series of articles will be concluded in the next issue in which the topics of the abuse of authority and the rejection of authority will be dealt with.

This article is reprinted Clarion, Year-End 1999.