During the month which has just passed hundreds of thousands of schools in our land have reopened their doors to America’s children. Freshly starched and scrubbed, the youngsters left their homes, most of them eagerly anticipating the return of organized activity. Smiling parents waved them off, grateful that their offspring could once more benefit from the training and discipline of the classroom. The long summer has ended. Could there be a better time for reflection on its worth for our children? 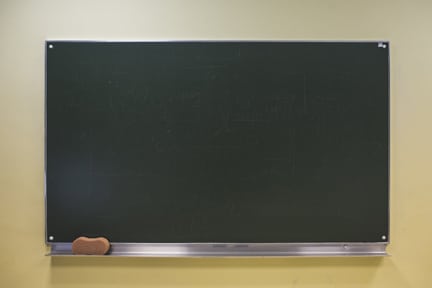 The school year as we know it in America today was instituted when children were used during the summer months to help with the crops and when the education sought for most youth was a small . fraction of what it is today. Since this time our society has undergone radical change but there has been no corresponding change in the school calendar. Whereas in most countries outside of the United States a term of two hundred days is considered short, our schedule of one hundred eighty days is rigidly followed.

Since the three month vacation period for Schools has outgrown its original purpose what is its usefulness for our children today? It can be said without question that some of the summer activities of our children are beneficial and necessary. Playing for days in the sunshine, developing hobbies and personal interests, discovering firsthand the wonders of nature—these are the heritage of every child. But weeks which have been stretched into months of nothing but leisure time are as unhealthful as a meal composed only of desserts. Those who have been taught to use time Wisely now learn to “kill” time. Seeds of delinquency thrive in the soil of idleness. Generally, the greatest part of the summer vacation represents a no-progress interval for most children and a waste of the precious time of their youth.

Another result of our school year is the fact that for one fourth of every year our schools which represent a tremendous financial investment (31 billion for the public schools alone) remain unused, and teachers, paid on a nine-month basis must scrounge around for summer employment to make ends meet. This all occurs, furthermore, in an age of educational shortages, shortages of facilities and personnel.

However, the problem which is so easily cited often evades solution. In the two main answers have been given.

The first of these is the twelvemonth school. It was conceived in an attempt to extract the maximum use from existing facilities. This plan does nothing to solve the problem of the three month vacation. Roughly the plan is this: The school year is divided into four quarters of three months each. Each pupil attends school for three of the quarters. The three-month vacation periods are staggered so that during any given period only three-fourths of the total enrollment are in school. Classroom space is increased making construction of new buildings unnecessary. Teachers may elect to teach for only nine months or may teach for eleven months. In the twelfth month a substitute is provided. This plan was in operation in Alquippa, Pennsylvania, for ten years (1928–1939). It was also tried in Ambridge, Pennsylvania. In both places it provided tremendous savings but the plan was abandoned, the chief objectors being parents who would not change their vacation plans and administrators who find their problems multiplied by having to close sessions four times a year.

By far the most attractive program is the type which has been in operation in Rochester, Minnesota, for ten years. Similar programs are in successful operation in Lexington, Kentucky, and in Glencoe, Illinois, but a description of the Rochester plan will suffice.

The summer program in Rochester begins after the regular school session has been followed by a two-week vacation. This summer program lasts for four weeks for the elementary and Junior High grades and eight weeks for the High School grades. Although remedial work is offered the program is essentially one of enrichment. In the relaxed atmosphere of a small group where no grades are given learning is brought about largely by experience and demonstration. It follows that teacher-pupil relationships are ideal for all compulsion has been removed and the pupil is enjoying the learning process.

And what of the teacher in this set-up? Their reactions can only be tabulated by observing that ninety-one percent of them elected participation in the summer program. For them it has meant a $500 increase in pay. They are hired on a five-year contract basis. After two summers of teaching they are free to return to college on salary. After five years they are entitled to an educational travel summer with pay. One of the greatest benefits to the teachers, however, has been the emphasis on professionalism. They are full time teachers, not part time shoe clerks or waiters. After the summer teaching schedule is completed, the remaining time is spent in workshops. Here, in the company of other professionals, plans, methods and procedures for the coming year are discussed. On August one the orientation program for new teachers begins and the last ten days before the opening of the fall term sees each teacher in his own classroom planning for the regular session.

The cost of this summer program in Rochester is estimated at only five percent above former educational costs since the schools had always supported a large summer recreational program. In Lexington, Kentucky, costs were an estimated eighteen to twenty percent higher. Limitations of space prevent a detailed account of the benefits which pupils have received from summer school attendance. In Lexington where extensive tests were made after the first year of summer school the results were impressive. In six weeks some made a whole year’s progress in reading ability alone. On the basis of these tests the citizens voted overwhelmingly that the scholastic achievements of summer school students have more than proved the worth of the program.

Is such a system impossible of realization in our Christian Schools where the school society members must pay the entire bill? It might seem so. One thing is certain. Our school calendar warrants a long, critical look by parents, teachers and administrators. If administration and faculty are convinced that a change is needed, the thinking of parents will not lag far behind. Parents today are spending huge sums for swimming pools, boats, ponies, cottages, camping gear, etc., primarily designed for the amusement of their youngsters during the summer months. Perhaps they would cheerfully donate of this money to support a summer school program which would have lasting benefits for many.