Ten years ago, the Supreme Court upheld a Georgia law that criminalized homosexual practice. Now, in a 6–3 ruling, the Court says a majority of Colorado citizens cannot pass laws that “discriminate” against people engaged in practices it acknowledges can be labeled “criminal.”

How can this be since certain rights—such as voting obtaining credit or getting security clearances—are denied to other classes of people who commit acts deemed by states to be criminal?

Writing for the majority, Justice Anthony Kennedy said that Coloradans could not amend their constitution to ban laws protecting homosexuals from discrimination because it “unfairly singles out a single trait—homosexuality—and then denies them the possibility of legal protection across the board.” Yet, aren’t homosexuals asserting “rights” based on that same “trait”? And if people can change their behavior from the practice of homosexuality to heterosexuality or celibacy, why do they rate special protection given to no other behavioral class?

Scalia added that the Colorado constitutional amendment was designed “to prevent piecemeal deterioration of the sexual morality favored by a majority of Coloradans. Striking it down is an act not of judicial judgment, but of political will.”

This ruling again grants to homosexuals a special class status that makes the political playing field uneven. They get laws protecting not only their behavior, but they get to propagate their way of life as normal in public schools and in our culture. Meanwhile, the same courts deny those who disagree with them to pass laws that sustain a moral code in which they believe.

Justice Scalia says the decision imposes upon all Americans the pronouncement that “animosity toward homosexuality”is evil. He called the amendment “Coloradans’ reasonable effort to preserve traditional American moral values” and added that it was not the Court’s business “to take sides in the culture war,” which, of course, is precisely what it has done—in violation of the very Constitution for which the Court claims to speak.

How quickly politics and political pressure can change a judge not rooted in the Constitution’s original intent can be seen in a 1980 ruling delivered by Justice Kennedy when he was a member of the Court of Appeals. In Beller vs. Middendorf, a case involving the discharge of homosexual members of the Navy, Kennedy wrote, “Nearly any statute which classifies people may be irrational as applied in particular cases. Discharge of the particular plaintiffs before us would be rational under minimum scrutiny, not because their particular cases present the dangers which justify Navy policy, but instead because the general policy of discharging all homosexuals is rational” (italics mine). Some may have thought that, after two Republican presidents, the days of legislating from the bench were coming to an end and that the powers reserved to the states under the 10th Amendment were being recovered. But Justices Kennedy, David Souter and Sandra Day O’Connor are all Republican appointees who voted with the majority. Obviously these judicial elites believe such issues not addressed in the Constitution are too important for mere citizens and their elected leaders to decide.

White House spokesman Mike McCurry called the Colorado law “bad policy…inconsistent with our common values.” And a case could be made that they are rapidly changing to the point where they are more common than valued. 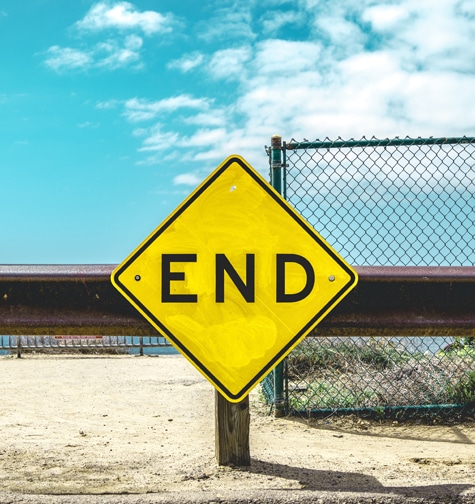 The ancient Roman Empire had many sign posts on the road to its demise that it chose to ignore. This ruling (with legalized homosexual marriage sure to be next) is just the latest on a similar road. Instead of turning back, we seem intent on increasing our speed.