I preached the funeral of a man today who suffered years of emphysema agony. It was another evidence of God’s mercy that this gentleman wasn’t allowed to linger any longer. I stood before the crowd of family and friends and looked upon a sea of somber faces. I spoke of the hope we have in Christ and used the raising of Lazarus from the dead as an illustration.

The vast majority of those seated before me had heard it all before. The great populace of the South, with the exception of some metropolitan areas like Atlanta, knows all about Christ. They know He died on a cross. They know He was resurrected from the dead. They know that He died to pay the penalty for our sins, but most often that’s about as far as things go. We have taken the great truths of the gospel and over the years, stuffed them into religious pockets that are full of holes. We know all about this man/God by the name of Jesus, but all too often we have no personal knowledge of Him. He is really no more than a character out of history who happens to adorn our worship centers but doesn’t transform our lives. 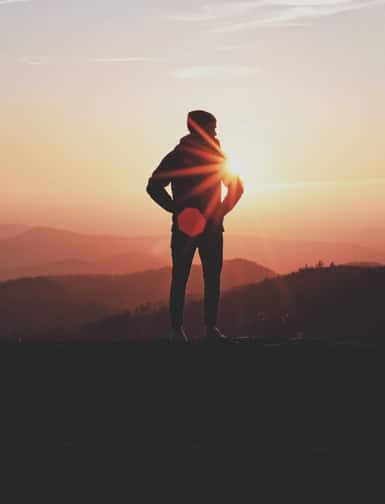 The sad fact is that most of us in the Bible Belt have “religion” but don’t have a living relationship with God through Christ. This tragic void evidences itself in shady business practices, tax-time cheating, little “white lies” (whatever those are), divorce, materialism, self-centered indulgence and all kinds of lifestyle contradictions that prove the opposite of what we say we believe. We have “churchianity” but are clueless when it comes to Biblical Christianity. And worst of all, we have far too many preachers who function as blind guides of the blind and both pastor and parishioner end up in the ditch.

If you’re wondering whether you’re in the religious ditch or on the narrow road that leads to eternal life, just ask yourself one simple question: “Have I experienced a radical change in my life due to the power of Jesus Christ?” You see it’s impossible for the Holy Spirit of God to invade one’s being without transforming that person from the inside out. Scripture simply calls that changed individual “a new creation in Christ.”

In way too many churches of the Southeast, you can find a quasi-discipleship without discipline, religion without relationship, ritual without reformation and a lot of cheap grace that calls for no real commitment and certainly no change in one’s life. This is decidedly NOT the gospel of Christ. He said, “If any man come to me, and hate not his father, and mother, and wife, and brethren, and sisters, yea, and his own life also, he cannot be my disciple. And whoever does not bear his cross, and come after me, cannot be my disciple.”

What’s He talking about? He’s simply underscoring the fact that a true Christian is one who is committed to the Master versus one’s bank account, success, pleasures or “religion.” The cross is an instrument of death, and the death of self-centeredness is the first item to receive the sentence of capital punishment.

Cultural Christianity may feel good on Sunday, but it will do nothing for you on Monday when the crisis hits and the bottom drops out of your life because that kind of Christianity is an empty shell. I really believe that the saddest words in the entire Bible are the words of Christ to cultural Christians who profess a relationship to God but don’t really have one. To them Jesus will say, “Depart from me for I never knew you.” May those words never ring in your ears simply because you’ve truly been transformed by grace alone through faith alone in Christ alone.