Although this article will reach most readers after the national election, the insights are valuable in the light of ongoing social, moral and spiritual deterioration going on in this country.

Unless you live in an underground vault, you know that in less than three months the American people (or at least about 40 percent of them) will go to the polls. I believe this will be a pivotal election. It may well be a watershed moment in the history of this unique nation. We will see if America moves toward or further away from her founding principles. The sad truth is that most Americans, including fundamental and evangelical Christians, are almost as ignorant of our heritage as the secularists want to be. 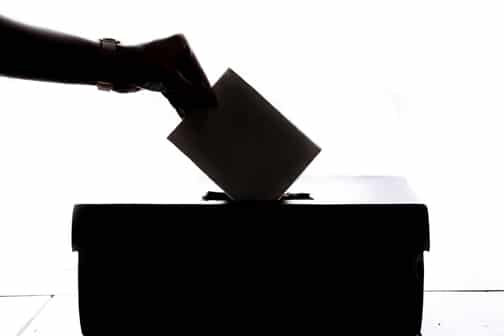 For instance, would you be shocked to learn that John Adams, our second president and first vice president, wrote: “Our Constitution was made only for a moral and religious people. It is wholly inadequate to the government of any other.” George Washington had the audacity to write a public prayer that began, “O most glorious God, in Jesus Christ.” Today many of our military chaplains would be excoriated by their superior officers for praying in public in such a non-pluralistic manner.

It still amazes me that the Supreme Court will not allow the Ten Commandments on the walls of our public schools; yet carved on one of the interior walls of the Court itself is a rendering of Moses holding the tablets. Revisionists like People for the American Way believe our forefathers would never dare openly mention the name of God and, in fact, expressly forbid any form of religion (especially Christianity) from having any impact upon the public square. However, Teddy Roosevelt said in 1917, “In this actual world, a churchless community, a community where men have abandoned and scoffed at or ignored their religious needs, is a community on the rapid down-grade.” Another president, Woodrow Wilson, said that “America was born a Christian nation. America was born to exemplify that devotion to the elements of righteousness which are derived from the revelations of the Holy Scripture.” How politically wrung can you get?

Harry Truman (not exactly your flaming fundamentalist) understood the spiritual heritage of this country when he said, “If men and nations would but live by the precepts of the ancient prophets and the teaching of the Sermon on the Mount, problems which now seem so difficult would soon disappear…That is a supreme opportunity for the church to continue to fulfill its mission on earth. The protestant church, the Catholic church, and the Jewish synagogue…must provide the shock forces to accomplish this moral and spiritual awakening. No other agency can do it. Unless it is done, we are headed for the disaster we would deserve. Oh, for an Isaiah or a St. Paul to reawaken a sick world to its moral responsibilities.”

We have pushed God out of our way, and we are reaping all the tragic consequences of such a decision just as ancient Israel did long ago. Dwight D.Eisenhower had it right when he said in 1955, “Without God there could be no American form of government, nor an American way of life. Recognition of the Supreme Being is the first—the most basic—expression of Americanism. Thus the founding fathers of America saw it, and thus with God’s help, it will continue to be.” I fear this hero of World War II was a bit too optimistic. My friend, don’t let anyone bully you into thinking that the God of the Bible is extraneous to the well-being of our nation. He is at the very core of what made this nation so special. May He be pleased to restore us to our heritage and senses in this election year.

The Rev. Gary Cox is minister of Meadowview Reformed Presbyterian Church (PCA) and serves as the Southeast Regional Coordinator for the Mission to North America of the Presbyterian Church in America (PCA). This article is reprinted with permission from THE DISPATCH. Lexington, NC, August 31, 1996.