A Food and Drug Administration (FDA) panel has recommended approval of the drug mifepristone, known as RU486 or the “abortion pill.” Those who want the FDA to approve the drug have so highly politicized the debate that sound medical treatment and moral reasoning have become the first two casualties. In fact, FDA Commissioner David Kessler admonished the panel to consider “only science” in making its decision. It was “only science” that has led to some of modem history’s most outrageous and immoral acts.

RU486 kills human tissue, so it should come as no surprise that the drug also causes “collateral damage” to the woman who ingests it. It is such damage that those who see this pill as a “silver bullet” in the abortion wars want to minimize, even cover up.

The Des Moines Register reported on the pill’s dirty little secret last September. It documented the serious risks women who take the drug, face. And it showed how the promoters of RU486 have displayed a tendency to be less than forthcoming about the drug’s nastier side effects because their primary interest is its political benefits. 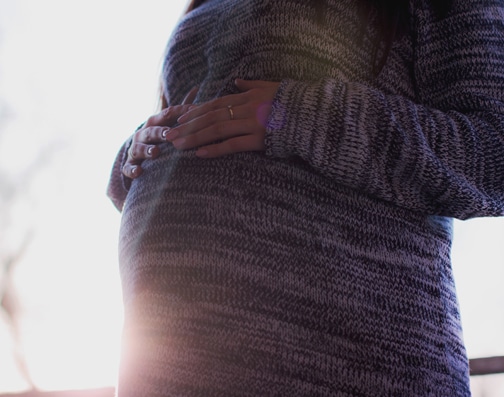 We know from the American trials as well as the earlier French ones, that this two-plus drug process (the plus means the often multiple visits to a doctor’s office) can be, as Time magazine noted, “painful, messy and protracted.” Nausea, pain, heavy and lengthy bleeding are standard, even for a woman in excellent health. Bleeding is so bad that some women require transfusions. The Population Council, which won the “right” to market RU486 in this country, dismisses the experience of an Iowa woman who nearly died and required surgery, as being “within the context of what happened before” in France—in other words, normal! Planned Parenthood and the Population Council told the press that the Iowa part of the trial had been completed with “no complications.”

The Clinton administration politicized the FDA by putting RU486 on the fast track for approval two days after the president took office. In a July 10 letter to Commissioner Kessler, pro-life groups asked that several members of the panel examining the drug be recused for conflicts of interest. They charged that Kessler, “who is supposed to be the neutral government arbiter looking out for the health and safety of American citizens, took a proactive role in negotiations with the French manufacturer, Roussel Udaf, to get them to donate rights to the Population Council and file a New Drug Application…for RU486.”

Kessler, they alleged, assured members of Congress the application could be processed in only six month’s time, though other lifesaving drugs usually languish for 19 months or more while awaiting approval. Critics charge the panel is stacked with Planned Parenthood supporters, sympathizers and”even possibly employees,” which compromises the approval process and jeopardizes the health of pregnant women.

Many researchers supportive of “abortion rights” vehemently oppose RU486 as a threat to women’s health, but their objections are largely ignored by the press.

Approval of RU486 would probably lead to even greater numbers of abortions. According to a survey by the Kaiser Foundation, one-third of obstetrician/gynecologists who don’t currently perform abortions said they would be likely to prescribe the drug for abortion. Among family practice physicians, the figure is 28 percent.

There have been 34 million legal abortions in America since 1973 when the Supreme Court invalidated laws preventing the procedure. Think of the loss to humanity and, in colder terms, to society in diminished productivity. Killing a baby at an earlier stage does nothing to quell the moral argument, especially if the woman who uses the drug puts her own health in danger and if her mothering and nurturing instincts are further dulled by a “pill.”

Abortion is a product of deception created by a generation that thought it could live as it pleased with no consequences. If an “unwanted” child is conceived, the solution is to kill it, while denying that killing is taking place and that a developing baby is, in fact, a baby. When conscience is extinguished, human life becomes easier to extinguish. If the FDA approves RU486, it will be doing more than speeding up the killing process of babies and possibly some women. It will make it easier to exterminate other “unwanteds.”