It is too early to call it a trend and much too soon to can it the beginnings of a revival, so let’s call it a stirring.

Something is stirring in the culture. Liberals who once celebrated a type of philosophical anarchy founded on the principle that objective truth does not exist are now beginning to lament the consequences. And this is showing up in the journals most read by the apostles of subjective and ever-changing “truth.” 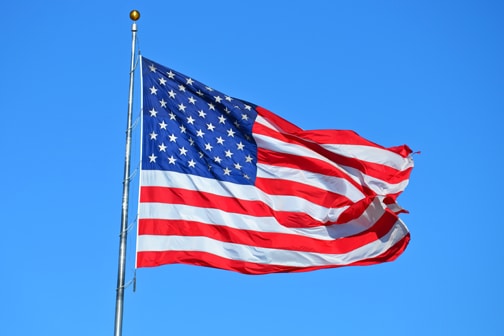 Michick Kakutani wrote an important essay in the January 28 New York Times. She noted that “subjectivity has gained a new ascendancy” and that “post-modernists now place quotation marks around words like “reality,” insisting that the old notion of objective knowledge has become obsolete.”

“Throughout our culture,” writes Kakurani, “the old notions of ‘truth’ and ‘knowledge’ are in danger of being replaced by the new ones of ‘opinion,’ ‘perception’ and ‘credibility.’”

In fact, they already have been replaced, and those who have embraced such concepts have created a culture which even they can no longer tolerate. One sees the consequences of this intellectual vacuum not only on the talk shows, but in politics, academia and even the churches, too many of which are conforming to the culture instead of the reverse.

The absence of a standard is why “choice” has become the operative word in the abortion debate. Science, theology, philosophy, personal testimony—none of these is considered a fit subject for discussion when abortion is the issue. America must get over its love affair with the fetus, says Surgeon General Joycelyn Elders, but she cannot be held accountable for her remarks because the standards once employed to rein in such an outrageous statement are no longer operative.

Kakutani is not the first to notice with regret where this lack of standards and objective truth is leading us: Subjective feelings are the highest good. Reasoned debate and useful discourse in the political arena are impossible. And a dark cynicism infects so many people.

Nearly seven years ago in a commencement address at Duke University, ABC’s Ted Koppel said, “Our society finds Truth too strong a medicine to digest undiluted. In its purest form Truth is not a polite tap on the shoulder; it is a howling reproach.”

“What Moses brought down from Mount Sinai were not the Ten Suggestions…they are Commandments. ARE, not were” (emphasis his).

Koppel noted that the brilliance of the Commandments—the original standards for objective truth—was that they codified, in just a few words, acceptable behavior. Today, though, without these or any other standards, we say the greater danger is the imposition of morality on people who don’t accept it. Excuse me, but did God take a public opinion poll before delivering the Commandments?

This is why civil and political discourse is becoming so difficult and in many cases so uncivil. It is why we have, in Koppel’s words, a thousand voices parodying democracy in which everyone’s opinion is afforded equal weight regardless of substance or merit. It is why liberal columnist Richard Cohen is upset that people can no longer keep their back doors open in spring and summer as he remembers they did when he was a boy.

No politician of either party or of any philosophy that does not acknowledge objective truth can begin to fix what has gone wrong with contemporary culture. All their proposals apply to externals, and none deals with the internal nature of men and women, where the real fault lies.

Still, it is good to hear voices—like Kakutani and Cohen and others—now saying what those of a more conservative stripe have been saying since objective truth was abandoned in favor of the ever-changing “truth” spawned by the Woodstock generation.

There is a saying that if you don’t feel as close to God as you used to, guess who moved. Perhaps that is why a growing number of people are feeling uncomfortable—with themselves and the condition of our culture. They may have moved too far from objective truth.