I am now a member of an orphan church.

I refer to the Seventh Reformed Church of Grand Rapids, of which I was once the pastor, and to which I now belong under the excellent pastoral leadership of my successor, the Rev. Dr. John R. de Witt.

On March 7, 1995, our classis, the North Grand Rapids Classis of the Reformed Church in America (RCA), expelled our local church for its refusal to make certain supposedly “required” payments assessed upon it by the General Synod of 1994 for purposes which our church deems unworthy and contrary to Scripture and our historic confessional standards.

I am now a member of an orphan church, unceremoniously shoved out the door by an unsympathetic spiritual mother. Into what new relationship shall we now enter? We have been observers at the meetings of the Alliance of Reformed Churches. Ought we now cast in our lot with the members of the Alliance who seem to be on the way to a new federation or denomination among the already existing Reformed denominations? 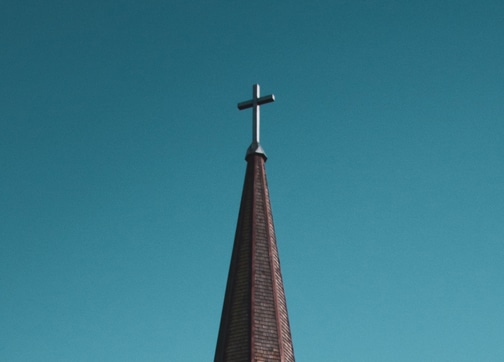 An easy affirmative answer to this question might be given were it not for the fact that most of the members of the Alliance are from the Christian Reformed Church (CRC) and seem (we suspect, perhaps wrongly) bent on recreating that denomination in one form or other, and have little knowledge of or concern for the peculiarities of those of us who were for so many years a part of the RCA.

The Reformed Church in America has had a continuous history and has never seceded from any other church body, nor sought to form a purer church. It issimply the historic Dutch Reformed Church which arose in the Ketherlands despite the most violent persecution of the Spanish armies and the Inquisition in the 16th Century, and which committed itself finally to a Calvinist doctrinal position in the National Synod of Dort (Dordrecht) of 1618–19. Members of that great church were the majority among the colonists who founded New Netherlands and the City of New Amsterdam (now New York) and organized a church there in 1628. It was enrolled in the Classis of Amsterdam, to which it and the other churches which derived from it belonged until the American Revolution At that time the Classis of Amsterdam gave the churches in North America the right to organize themselves into a separate church body distinct from the mother Church, but otherwise like it in every respect. This separate body called itself the Dutch Reformed Church, or the Reformed Protestant Dutch Church in North America. Only in 1867 did it adopt its present name, the Reformed Church in America. It was a continuation of the ancient Reformation Church of the mother country in another place.

This continuity, of necessity, brought about in the RCA a certain decentralization of church government, with a large amount of autonomy falling to the local congregations, with fairly strong classes and weak synods. The churches in the Netherlands had been governed like that. The General Synod, for example, did not meet for centuries after the Synod of Dort. Local prerogatives and peculiarities were always jealously asserted in the church: different forms of worship, different psalters, and even distinct emphases in theology. Throughout the 17th and 18th Centuries, for example, the schools of Cocceius and of Voetius were at loggerheads with each other, and the fathers of the Second Reformation were at work, strongly influenced by English and Scottish Puritanism, without fracturing the unity of the one Dutch Reformed Church. This situation prevailed on a lesser scale in North America until the “pietistic” emphases of the Rev. T.J. Frelinghuysen, a friend and co-worker of George Whitfield in the Great Awakening, began to win the day Simultaneously with the independence of the Church.

After the American Revolution, as the English language displaced the Dutch in the “Dutch Church,” the theology of the Second Great Awakening, derived from a merger of New England Puritanism and Scottish Calvinism, which took on classic form in “Old Princeton,” became characteristic of the church. Sunday Schools were organized. The churches enjoyed “seasons of refreshing from above,” or revivals, new churches were organized on the frontier, and missionaries were sent out to India, China and Japan. This was the small, but lively evangelical Calvinistic church discovered by Van Raalte and the new immigrants of the late 1840’s and thereafter on their way to Michigan, Illinois, Wisconsin and Iowa. Van Raalte had been a Seceder in the Netherlands, being grieved by the new state-related, centralized government that had been imposed on the Dutch Reformed Church by King William I in 1816. But not all the Seceders were of the same mind, as the division of the Seceder Church in the 1890’s at the time of the merger of part of it with Kuyper’s people was to prove. All were orthodox, but some were more interested in personal piety, while other were zealous for all the fine points of scholastic Calvinism. Van Raalte clearly belonged to the former group and saw no barrier to the union of his people with the Reformed Church in America which represented to him all that he knew of the “old” Dutch Reformed Church prior to the French Revolution and the reorganization of the church under the new Kingdom of the Netherlands. Some of his fellow-pioneers, however, were not of his mind and in 1857 they left the RCA again to establish what is now the Christian Reformed Church.

This difference of emphasis is most clearly seen in the events of 1881 and the following years, when a group of ministers and their followers in the RCA, inspired (it seems) by the world-and-life views of Kuyper and the Free University founded by him in Amsterdam, demanded that the RCA’s General Synod ban all Freemasons from membership in the church without exception. The General Synod refused, not because of sympathy for the Masonic Brotherhood, but rather on the ground that only consistories could rule on the qualifications of members within the Constitution, or church order, and for it (the General Synod) to make rules concerning this matter was beyond its authority. The result, of course, was a major secession in the West which reinforced the hitherto small Christian Reformed Church and set it on the path it has followed ever since.

Until very recently, therefore, the principle of local autonomy within the Constitution has been upheld in the Reformed Church in America. No single order of worship was ever imposed. Only the sacramental forms were required. No single psalter or hymnbook was demanded, although approval by the General Synod was required for any particular book to be used. No rules were passed about choirs, for example, and, above all, no demands were made on the local church to support programs and institutions by a quota system. All was done through the voluntary gifts of God’s people, and, in fact, a mighty work was accomplished by this means for many, many decades. A former RCA congregation like Seventh, therefore, would be hard up to accept the kind of rigid synodical control of its affairs that prevailed by and large in the CRC.

In other words, there are genuine and historic differences between churches that were formerly in the RCA and those that were formerly in the CRe. Although liberalism entered the RCA before it entered the CRC, both have been corrupted by it and the differences between them offered no real defenses against it. At their best, both accepted the same doctrinal standards Sincerely, both used the same liturgical forms, and both were governed by similar institutions. The unity of the CRC was a rigid one, having but one powerful seminary, and often casting out dissenters (Hoeksema, Bultema, Jansens, etc.) with a free hand, while the unity of the RCA was a loose one with room enough for all who agreed that the doctrinal standards truly set forth the doctrine contained in Holy Scripture which remained our only and infallible rule of faith and life.

If, in fact, an Evangelical Reformed Church is now in the process of formation by some, at least, of the members of the Alliance, will it be something better than either the rigid, old-time CRC or the lax, but pious RCA? Will it major in the great things of our common inheritance, and leave room for the differences which have always existed within our one tradition? Will it trim away the power so often usurped by Synods and their paid officials, and return it to the local congregations, where it has always properly belonged. This is not “congregationalism,” as some say, but the normal, “low” or mild presbyterial polity of the Dutch Reformed Churches, under which they lived and prospered in their best days, and under which they accomplished great things.

I am a member of an orphan church. I hope to see my church adopted some day by a congenial family by which it will be loved and appreciated for the great church that it is, but without forcing it into some other mold. Will there be such a family? Those who are now of the Alliance can perhaps supply the answer. I am waiting.