In the year 1842 an address to the General Synod of the Dutch Reformed Church was adorned with the names of seven gentlemen from The Hague, but written mainly by the famous Christian statesman, Groen Van Prinsterer.

In this address they expressed their deep concern about the situation in their church, in which the forms of unity no longer were maintained and in which the integrity of the Bible was questioned. They spoke about “the acceptance of a so-called Holy Scripture, in so far as it is consonant wit h reason or the mind of our teachers and professors, and, in that Scripture, purified of its impure elements, of a new and now seemingly genuine gospel, tested and verified by human wisdom, in the light of private inspiration.”1

These were strong expressions in which we recognize the terse style of their author. It is not difficult to state against which teachers and professors these expressions were directed. The complainants tried to define and rejected the ideas of the Groninger School, the prevailing theological school of those days, of which the well-known professor Hofstede De Groot was the leader.

What was Hofstede De Groot’s conception of Scripture, of its authority, of its inspiration?

He was the eminent exponent of the inductive method; he wanted to accept Scripture, not because of an a priori* of faith, not because it “carries its own evidence along with it, and deigns not to submit to proofs and arguments, but owes the full conviction with which we ought to receive it to the testimony of the Spirit”2; but because the believer, after having tested the facts of Scripture, could demonstrate their reliability.

Therefore Hofstede De Groot rejected the term “infallibility” and replaced it by “faultlessness.”3 Hear him explain this distinction.

“When we have to deal with the unique value of Holy Scripture and its certain truth, then we say that infallibility, properly spoken, is not the good word. For this word declares that the holy authors could not fail. But it is very difficult, even impossible, to demonstrate, that for instance the Apostles could not fall in their retention and communication of Jesus’ own words. Can anybody prove it from their being guided by God’s Holy Spirit? Then he has to give a dogmatic, that means here a metaphysical a priori argument, to demonstrate that this guidance safeguarded them in such a manner that they never could fail. And if this argument were to be given, how abstract and how prolix. This would be! Therefore an historical a pasteriori argument is to be preferred; for this is understandable. Therefore we hold that it is better to speak of the faultlessness of the Apostles and of the other sacred authors than of their infallibility. This is, to put it shortly, our theological view of this matter: “instead of the common word infallibility we prefer the better word faultlessness for tile same matter.”4

What was the reason for this change of words by Hofstede De Groot? Was it only a matter of terminology? Of clearer and more scientific usage?

I believe it was at that moment the honest conviction of De Groot himself; nevertheless he really crossed the Rubicon when he rejected the term “infallibility,” for with this term he also rejected the idea which was expressed by it.

From his youth De Groot had had his difficulties with certain points of the doctrine of the church. While still a boy he was unable to accept the doctrines of the Trinity, the Atonement, and Reprobation.5 When he was a student, he was influenced by Professor Muntinghe, a moderate neologist, from whose lectures De Groot drew the radical conclusions that the Son is subordinate to the Father; that God had tolerated the death of His Son; that nobody was eternally excluded from the love of God, and that even hell was a means for the improvement of sinners.6

Were all these opinions consonant with the doctrine of the church?

De Groot knew that they were not, but he stated frankl y that he was no Calvinist, that he considered Calvinism an imported doctrine which was foreign to the hearts of the Dutch, and that the Formula of Subscription of 1816 permitted his points of view.

Were all these opinions consonant with the Bible?

De Groot knew that they were not, but he was very careful not to acknowledge this, knowing that in his day most theologians and churchmen still accepted the plenary inspiration of the Word of God; therefore he preferred to attack the term “infallibility.” And when he spoke to the church (I quoted his word to the Reformed congregation of The Hague), he said that the word “faultlessness” conveyed the same idea.

But he knew that the ideas were not the same.

He had written some years before in his thcological magazine: “The Bible is not the Word of God; revelation, authority, inspiration, and infallibility have been wrongly predicated of the whole Bible; the unlimited singing of the praises of the Bible has done much harm; bibliolatry is a disease of many Protestants; everyone has to look for the Gospel in the Bible; this will be the sufficient bond of union.” 7

Small wonder that Groen Van Prinsterer and his friends, the gentlemen from The Hague, attacked the position which they regarded as a great danger for the church. They wanted honesty and they found dishonesty; they wanted clarity and they found camouflage.

That camouflage was pointed out in a very convincing manner by Dr. J. I. Doedes, minister in Rotterdam, some years later professor in Utrecht, leader of the Apologetic School. 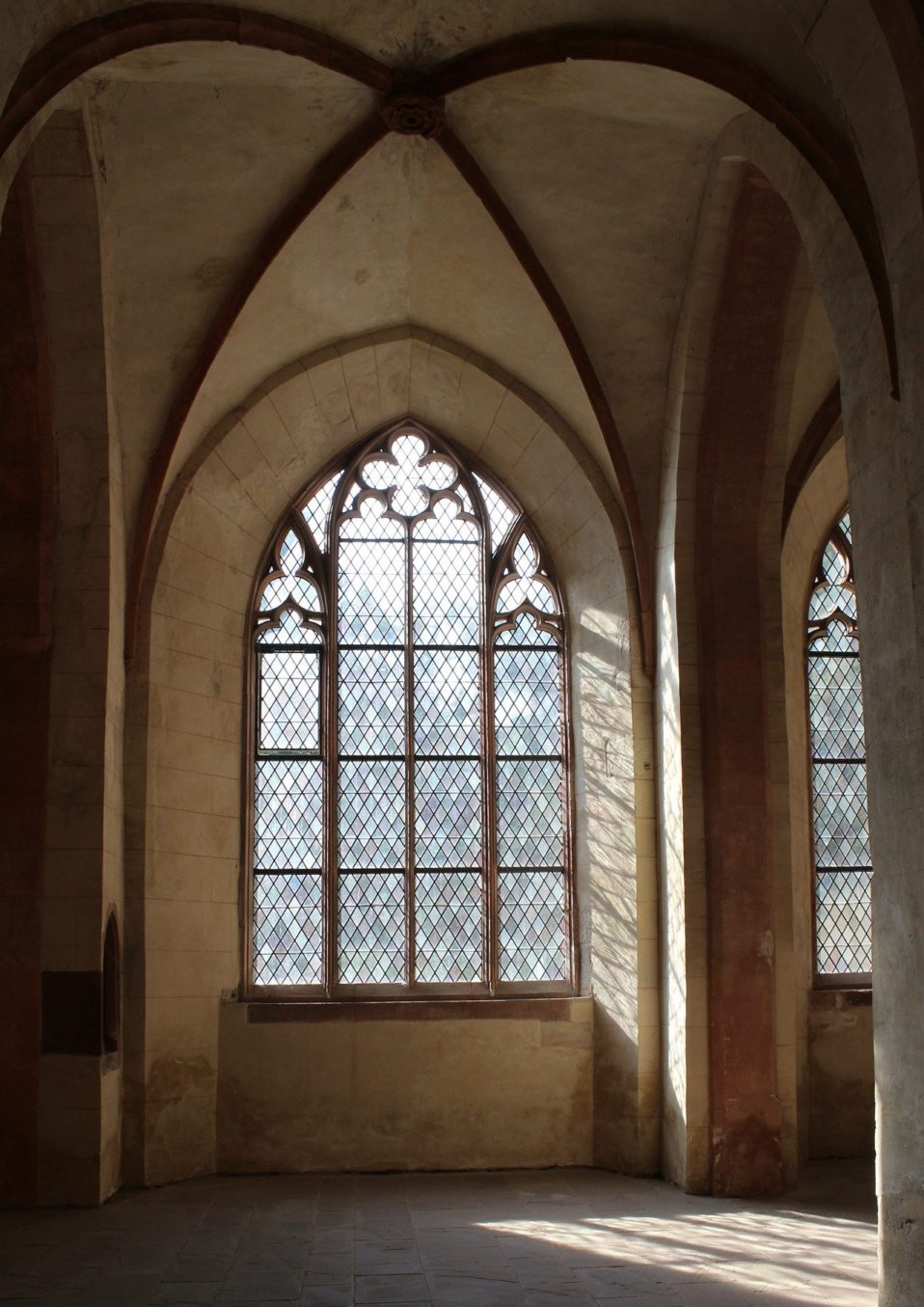 This is a fairly long quotation. But I think it is worth quoting because it demonstrates that the inductive method offers no solution at all unless it wants to transform the Bible into a purely human book with all the possibilities of error as in all human books.

To be sure, he had strong misgivings when modem theology with its radical criticism of Scripture began its march.

But speaking about that theology, in 1870, he begins with the concession: “No reasonable man will deny that it [viz. modern theology] makes some criticisms of the literal inspiration of Holy Scripture and of some stories (of the Bible), which are right and indisputable.”10

That one concession was enough: the Groninger School has been swept away by the Liberal School of Leyden, and the father of that School, Professor Scholten, spoke with some disdain of the dogmatical biases of the man who once warned against bibliolatry and then accused of heresy the men who merely drew the logical consequences.11

There is some connection between Hofstede De Groot and the Christian Reformed Church. Hofstede De Groot was the predecessor of Hendrik De Cock in Ulrum, and the Separation in the Netherlands was a reaction against the spirit of that day, also a reaction against the Croninger theology. When Hofstede De Groot was a man of great renown in the Netherlands, a little group of emigrants from that country founded the Christian Reformed Church in Michigan, and they did so because they had been .persecuted in the Netherlands by the friends of De Groot and desired to serve the Lord in freedom. They had taken with them the most reliable book of the world, the Holy Gible, and, although they had many disputes, they never disputed about the infallibility of Scripture. On the contrary, “the churches were particularly watchful against the dangers which threatened from the side of liberalism and did not allow even a suspicion of doubt to be thrown on the authority of Holy Writ.”12

The fathers of the Christian Reformed Church had learned their lesson in Holland; they refused to be at the mercy of some c1ever theologians, who could decide for them, after some research-work, what was to be regarded as the Word of God. They believed “without any doubt all things contained in the Holy Scriptures, not so much because the Church receives and approves them as such, but more especially because the Holy Spirit witnesses in our hearts that they are from God, and because they carry the evidence thereof in themselves.”13