It is with some hesitation that I try to make an observation about the academic life in this college chapel. Yet I cannot resist the urge to make one observation on the life of the student. But I shall call it only a footnote, trusting that this modest title may help to arrest the student’s attention. 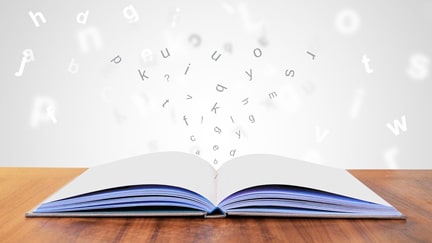 Footnotes, of course, are highly academic things. Good students always read them. You often find something of great value in them, an added insight or a gem of information not found in the main print on the page. What value there is in this footnote of mine I shall leave to your judgment.

We who practice the academic life arc generally prone to look with disfavor upon those who arc pre-occupied overmuch with the tangible things of life, with money, nuts and bolts, dirt and things. Possibly with some measure of disdain we are inclined to speak of such people as materialists, or secularists, or phenomenalists. We will stick to the older and more familiar word materialists in this little talk.

When we think of such people as materialists, just what do we mean? Our answer to that question depends on whether we are basically Greek in our thinking or basically Christian. If our thinking is basically Greek in character, then we make a distinction between those things that are “higher” and those things that are “lower” in human life. For the Greek the “mind” held the highest place in life. It was the divine quality in man. He who pursued those interests having to do with this highest element in human life was the noble and good man. According to this pagan manner of thinking, the materialist is that person who is much occupied with that which is on a lower plane in life, with money, nuts and bolts, dirt and things.

This, I am rather sure, is not the Christian answer to the question: what is a materialist? The Christian says that a materialist is one who is so pre-occupied with some element in earthly experience that he fails to see this thing in the light of and under the command of the Word of God, fails to see this element in his experience within the perspective of God’s glory and His redeeming grace in Christ Jesus. In other words, for the Christian the materialist is he who worships some creature rather than the Creator.

Now the thrust of my footnote to the academic Me ought to be plain enough. He who is pre-occupied with sonnets, scientific formulae, statistical tables and fascinating concepts to such an extent that he tends to view them apart from the Word of God and without the perspective of God’s glory and His redeeming grace in Christ is just as much a materialist as the other person who is pre-occupied overmuch with money, nuts and bolts, dirt and things. Indeed, to the sensitive soul I am quick to add that the former is a materialist in a much more delicate sense than is the latter. Still we must insist that the former, like the more physical latter type, is guilty of cutting some element in creaturely life apart from the Lord of all, and that makes him a materialist, or secularist or phenomenalist.

That is the simple thrust of my footnote. I sincerely hope the thrust has been clearly made. I am quite sure that we must see this point in its full sharpness if we who are favored members of the Church of Christ are to see visions and to dream dreams—more compelling visions of the glory of God and more expansive dreams for the coming of the Kingdom of our Lord and Savior Jesus Christ.

On the other hand if we do not see this point and if we do not conduct our Christian educational efforts in a clear discernment of it, we shall soon be joining those who are the object of much searching criticism in the field of education today. Yes, then we may well find ourselves written of in that particularly fine critique of modern education by Oxford professor Sir Walter Moberly entitled The Crisis in the University. He asserts, from his intimate and first-hand knowledge of university life, that there are four things which the university has always assumed as accomplishments but which cannot be regarded as accomplishments by the university of today.

The university has always assumed that it turned out rounded men. The fact is, says Moberly, that in the main university graduates today are narrow specialists with very limited perspectives.

The second achievement claimed by the university throughout the years is that it developed in its students a passion for learning. The sad fact is, we are told, that men go to school in much the same way as they go on a shopping trip, looking for the easiest bargains.

A third accomplishment, one especially prized, that has been assumed by the university is that its students were men with a high sense of objectivity, men who could take a fair and unbiased view of issues. The disconcerting fact is, according to Moberly, that university men show themselves to be no different from other men. They too are men who are largely governed by “archetypes,” by prejudices with a high emotional tone.

In the fourth place the university has always assumed that it turned out men with a high sense of purpose in life. Again the facts do not sustain the assumption. The modern student, we are told, is controlled by shibboleths like “the shorter learning, the sooner earning.”

TIle modern university. says Moberly, is a chaotic place. (Remember, Moberly teaches at Oxford, not at a more recent technical-democratic school where there is a course to suit every taste and whim.) The religious heart has been cut out of it, and it is a place where young men can no longer see visions and where they dream troubled dreams. Such a school hasn’t the moral and spiritual dynamics to turn out rounded men, men with n passion for learning, men with the moral character to be highly objective, men with a grand sense of purpose in life.