The title of this article would seem to indicate to the reader that there exists among Christians today an unbalanced approach to the whole matter of spiritual warfare. After researching the matter personally in conjunction with some of my doctoral studies in Biblical counseling, it has become apparent that such is the case. There is an increasing number of Christians adopting an unbalanced view of spiritual warfare that has as its emphasis Satan and the demonic.

The traditional tripartite balanced view held within orthodox Christianity1 is quickly losing ground as many are being influenced by popular sensational writings where teachings on demons and exorcism have abounded. The popular trend is to teach people how to “bind” and “cast out demons,” to “exercise dominion over Satan,” and deal with so called “territorial spirits.”2 While Christians are wise to recognize that their battle is against Satan, they must never forget the relationship that exists between Satan, the flesh, and the world.

John Calvin was exceptionally masterful at keeping a proper balance in his view of the world, the flesh, and Satan. By God’s grace he was given the wisdom to keep himself from ever viewing the three in isolation or overlooking any one of them altogether.3 The overlap of the three is particularly brought out in his understanding of the world. Calvin constantly emphasized that it “is impossibly hard for a man by his own strength to rid himself of (this) love of the present world that can so hold down his soul in evil bondage.”4 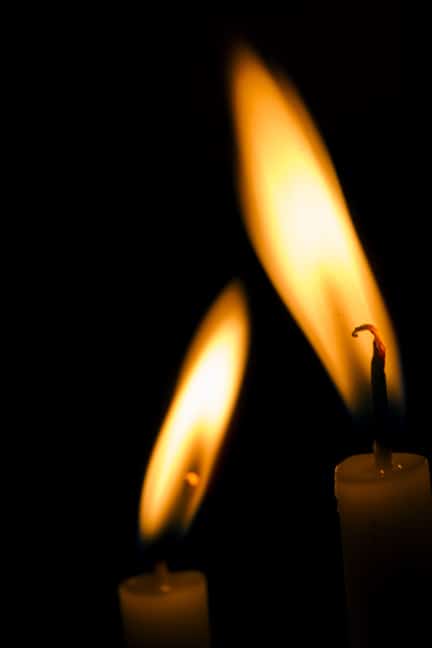 Unlike the popular thinking, which promotes the erroneous idea that “demonization” or “degrees of demonization” are highly responsible for much of the spiritual bondage that people find themselves in today,5 Calvin rightfully taught that the flesh is the main culprit. He correctly maintained that the world is the sphere of the flesh, of self-life and Satanic power. He taught that it is “in the sphere of the ‘world’ that self-will finds its pleasure and is most easily exercised,”6 and that “it is through the fascination of the world that the devil obtains tyrannical sway over the human heart.”7 Such an accurate perspective is, indeed, refreshing in a day and age when many professing Christians are all too ready to blame the devil and the world for the spiritual bondage they find themselves in due to their failure to accept responsibility for their sins.

Instead of regularly examining one’s life for sin, taking responsibility for sin, confessing it and being released from its related bondage, many are becoming satisfied to leave sin out of the equation and catapult themselves into a hyper-sensational world that is filled with Satan and his demons, which constantly need to be “bound,” “rebuked” or “cast out.” One of the problems of creating such a world within one’s mind has to do with the preoccupation of the occult that occurs as a natural consequence of doing so. Instead of one’s mind being filled with thoughts about God, His sovereignty, and the positive aspect of fulfilling His will by actively serving Him in accordance with His word, thoughts quickly become focused on the negative, dark world of the occult. This is far from being God’s design for the thought-life of His children. Of course, the biggest problem associated with denying the aspect of human responsibility for personal sin in this fast emerging trend has to do with the bondage of guilt that people find themselves enslaved due to fact that they are going about their activities of daily living with unconfessed sin in their lives.

David understood the bondage of guilt associated with unconfessed sin. In Psalm 32:5 he wrote, “I acknowledged my sin to Thee, And my iniquity I did not hide; I said, “I will confess my transgressions to the LORD”; And Thou didst forgive the guilt of my sin.” (NAS) What a difference we would see in the visible Church today if the words “sin” and “confession” once again occupied their rightful places in our congregational, family, and individual lives. The restoration of such words and their associated doctrines would, indeed, provide a great deal of help in restoring to the contemporary Church a balanced approach to spiritual warfare.

1. The traditional view of spiritual warfare has recognized the relationship that exists between the flesh, the world, and Satan.

2. Dr. David A. Powlison does an excellent job of pointing out the fallacies in many of the teachings associated with this trend in his book, “Power Encounters: Reclaiming Spiritual Warfare,” Baker Books, Grand Rapids, Michigan, Seventh printing: February 2003.

5. Robert Dean and Thomas Ice reveal of some the errors in the hermeneutics that lie at the roots of such popularized thought in their book, “What The Bible Teaches About Spiritual Warfare,” Kregel Publications, Grand Rapids, Michigan, Second Edition 2000

Pastor Jeff L. Doll is engaged in doctoral studies in Nouthetic Counseling through Trinity Theological Seminary. He and his family are members of the Cornerstone United Reformed Church of Hudsonville, Michigan, where he currently is serving in an interim capacity.