In March 2007, Rev. Allen Vander Pol began working one day each week for MINTS. Most of his time consists of writing an online Bible college level course which presents the doctrine of the Trinity and the doctrines of the cults which oppose it. Once the course is written, Rev. Vander Pol plans to teach the basic material overseas in study centers which have requested English courses from MINTS. Presently plans are underway to teach this course in Nigeria, Uganda, St. Vincent, Belize, and to a group of Haitians in Orlando. 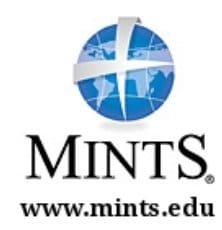 The course is important because the cults are proselytizing around the world, and many church leaders, including pastors, in third world countries do not understand the doctrine of the Trinity. Though a couple American-born cults which have worldwide influence will be featured in the course, students will be encouraged to study cults originating in their own country and to analyze them in the light of the Scriptures. This could prove to be very useful because the missions which planted churches frequently did not complete the Great Commission, which includes teaching whatever Christ has commanded and taught. The result is that the “gospel” which is often preached is a distortion of the Gospel of God’s grace in Christ which the Scriptures present. The goal of MINTS is that the Lord will bless this work to teach pastors and church leaders the apostolic faith, to stimulate reform in His church overseas, and to protect the church from the confusion which the cults have produced.

In the Fall of 2006, Rev. Vander Pol began informing the churches of the invitation he accepted to work with MINTS. He also visited several URCNA Classes in the US. A few churches responded by indicating their intention to give specified amounts for the work in 2007. Others responded by giving generous offerings or by promising to take offerings. Faithful individuals are giving regularly. So far $13,000 has been received from churches and individuals, and approximately $7,000 more has been budgeted by churches to be given this year. When the work is fully funded, it will require nearly $100,000 to cover all expenses. Since it is unwise at this stage to spend funds that have not been received, Rev. Vander Pol’s time spent working for MINTS is determined by the amount of funds that have been received.

Rev. Vander Pol works the rest of the week for Trinity Reformed Church (URC) in Cape Coral, Florida, where he has been the pastor for almost ten years. The Council has been very supportive and accommodating to his need to raise funds. Between now and the Fall of 2007, he intends to stay in contact with the churches, to ask if offerings can be received, and to urge more churches to place his work for MINTS on their budgets in 2008.