This Majority Report adopted by the CRC Synod 1994 drew abusive comments on the floor of synod from its opponents, such as: “barsh, insensitive, almost wicked, legalistic, Christless, unpastoral, arrogant, idolizing the Bible, no generosity, almost out of order, heartless, one horse shea, Pharasaical, not brotherly, a lousy cup of coffee.” A house divided against itself—can it stand?

I. Ordination of Women as Ministers, Elders and Evangelists 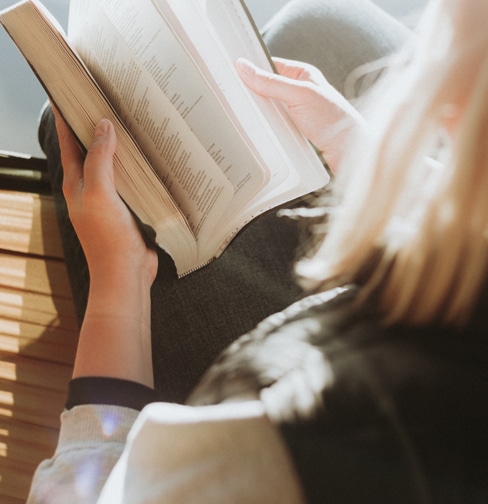 The debate in the Christian Reformed Church on Women in ecclesiastical office is part of a discussion affecting many denominations just as discussions on women’s rights concern society generally. The movement for women’s rights has addressed a number of areas of injustice and bas had a variety of positive results. But as the Committee on Headship in the Bible (Acts of Synod 1984, pp. 287–89) pointed out, the ideological underpinnings of much of the movement grows out of (he radical individualism of modem western thought which stands opposed to a Christian covenantal understanding of church and family. The church needs to bear a strong witness to biblical justice for women as well as to the biblical structure of the church and family which God has established.

The synod of the Christian Reformed Church must provide leadership for the church in interpreting the scriptures on the important question of women in ecclesiastical office. The essential, historic purpose of synods is to give judgment on matters that cannot be settled in minor assemblies. Synods adopt creeds, approve Bible translations, provide for an orthodox ministry, etc. Today synod is asked to interpret the Scriptural teaching on the ordination of women to the offices of minister, elder and evangelist. It must guide the churches in this controverted matter and bear witness to God’s teaching in the church and the world.

As an integral part of that witness, your committee recommends the following:

1. That synod not ratify the change in Church Order Article 3 as adopted by the Synod of 1993 that “All confessing members of the church who meet the biblical requirements are eligible for the offices of minister, elder, deacon, and evangelist” (Agenda for Synod 1994, p. 26; Acts of Synod 1993, p. 598), and that the present wording of Church Order Article 3 be retained.

a. The biblical texts cited by Synod 1993 to support the proposed change in Church Order Article 3 are not persuasive.

• Gen. 1:26–28 does teach that men and women equally bear the image of God, but does not prove that one may hold ecclesiastical office simply because one bears the image of God.

• Acts 2:17–18 describes the outpouring of the Holy Spirit upon all God’s people, but does not prove that all who have the Spirit may hold ecclesiastical office.

• Gal. 3:28 declares that men and women are one in Christ, but that does not mean that women may hold ecclesiastical office any more than it means that the Christian husband is not the head of his wife (Eph. 5:23).

b. The clear teaching of Scripture prohibits women holding offices of minister, elder and evangelist.

• I Timothy 2:11–3:15. I Tim. 2:11–12 clearly states that women are not to teach or have authority over men, and I Tim. 3:1–13 continues with an immediate application of this teaching to the offices of the church. Paul’s teaching is clearly grounded in creation (2:13) and he further states that his instructions are to guide, not just the church in Ephesus, but “God’s household, which is the church of the living God, the pillar and foundation of the truth” (3:15).

• Genesis 2. Paul in I Tim. 2:11–13 shows that Genesis 2 teaches that before the fall there was male leadership in the original created state. This teaching is clear not only in that Adam was created first and then Eve, but also in that:

(1) Adam named Eve; (2) man was to take the initiative in leaving father and mother to form a new family; (3) Adam was appointed the federal head and representative of humanity as Christ, the second Adam, is the head of the new, redeemed humanity (Rom. 5:15; I Cor. 15:22; Belgic Confession, Art. 15).

• I Corinthians 11:2–16 and 14:33–35. Both of these passages teach that men are to have authoritative leadership in the church. Paul’s teaching in these passages is rooted respectively in creation (11:8–9) and in the law of God (14:34). These teachings are not limited to the Corinthian church, but apply to all churches: “We have no other practice—nor do the churches of God” (11:16) and “as in all the congregations of the saints” (14:34.)

c. The general analogy of Scripture supports the exclusion of women from the offices of minister and elder. The general analogy is defmed by Louis Berkhof in Principles of Biblical Interpretation, pp.164–5, as biblical teaching which “does not rest on the explicit statements ofthe Bible, but on the obvious scope and import ofits teachings as a whole.”

Scripture in its general thrust certainly teaches that men and women are equally created in the image of God (Gen. 1:26–28) and equally redeemed by Christ (Gal. 3:28). It also teaches that men and women both in the original created state and in the present redeemed state have diverse roles and responsibilities. This diversity is seen in creation as shown in the discussion of Genesis 2 above. This diversity is also seen in redemption:

• In the church male leadership is seen in the New Testament:

Note: Jesus and Paul defied contemporary social practice and prejudice in relation to women. For example, Jesus talked privately to women; Jesus chose women as the first witnesses to his resurrection; Jesus and Paul encouraged women to learn the faith and work in a variety of ways for the church. They lived in a broader pagan society where women were religious leaders. Therefore it was not socially impossible for Jesus or Paul to have appointed women as ministers and elders if they had wanted to do so.

Reference is sometimes made to slavery as an example of the general analogy where a practice regulated in the Bible is later outlawed on the basis of biblical principles. It is suggested that slavery in this way is parallel to the issue of women in ecclesiastical office. But no true parallel exists.

(b) The Bible points in the direction that it would be good for slavery to end (I Cor. 7:21; Philemon). No parallel teaching indicates that women may hold the offices of minister, elder and evangelist.

d. A variety of evidence shows that the church historically has believed that the Scripture plainly opposes women in the offices of minister and elder:

(a) The Catholic and Reformed church for over 1900 years read the Scriptures in this way.

(b) The Reformed Ecumenical Synod in 1968 adopted the statement: “That synod declare that it is the plain and obvious teaching of Scripture that women are excluded from the office of ruling and preaching elders.”

(c) The North American Presbyterian and Reformed Council to which the CRC belongs has reminded the CRC that the Bible does not permit the ordination of women to the offices of minister and elder.

e. The Synod of 1993 acted contrary to the Church Order when it reconsidered and revised the 1992 decision regarding women in ecclesiastical office. New grounds were offered to justify reconsideration, but no new grounds were offered for the motion to revise the Church Order Article 3. The decision for revision was made on grounds gathered by the 1992 ad hoc committee, and the grounds adduced by this committee by their very nature, were not new, and had been declared by the Synod of 1992 as “not sufficiently persuasive to win the confidence and support of the church” (Acts of Synod 1992, p 699.) According to Church Order, Article 31, a request for a revision of a decision may only be made upon demonstration of “new and sufficient” grounds. It is necessary that synods faithfully abide by Article 31.

f. The issue of women in office cannot be left to local option because:

g. This decision will not bind Christian consciences in any inappropriate way. Christ is Lord of the conscience and a Christian cannot claim freedom of conscience where the Scripture has spoken.

2. That synod, to avoid possible ambiguities, declare that the decision not to ratify Church Order Art. 3 means that there is now no synodical decision in effect to allow women to serve in the office of elder, minister or evangelist.

4. That synod ask the Interchurch Relations Committee to communicate the decisions of Synod 1994 on women in office to our ecumenical partners in NAPARC and thank them for their continued prayers, brotherly concern, and communications.