“Woe to those who call evil good and good evil—who put darkness for light and light for darkness, who put bitter for sweet and sweet for bitter.” (Isaiah 5:20)

“…God…gave them over to a depraved mind...they are senseless,faithless, heartless, ruthless. Although they know God’s righteous decree that those who do such things deserve death, they not only continue to do these very things but also approve of those who practice them.” (Romans 1:28–32)

In recent issues, I have been challenging the elders who read this column to become more consciously aware of the teeth of the satanic wolves that the flock of God faces each day. To shepherd God’s people requires a sensitivity to the enemy with all his stratagems. 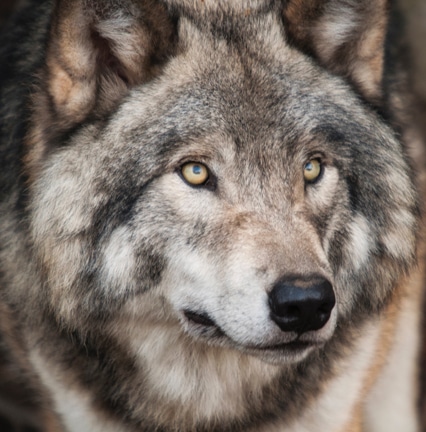 In the first article in this series, we discussed the fact that our culture has surgically and ruthlessly removed the eternal from its consciousness, focusing instead and exclusively upon the here and now. I called that secularism, after the Latin word “seculum,” and observed that our people live in a world that only worries about the now and gives little or no thought to the eternal: either eternal values, or eternal life, or eternal consequences for sin.

In the second article we followed up with a recognition that our world directs the love of its heart and the energy of its pursuits in a headlong rush to accumulate things in the here and now. I called that materialism and observed that it is a dominating temptation, attacking believers all over North America, wearing down their commitment of trust and contentment in the gracious blessings and provision of God.

Today, I direct your attention to the ethical approach taken by such a world. In a secular and materialistic society, what about right and wrong? Surely there is such! Donahue and Geraldo Rivera become indignant at the drop of a hat (or is it the cue of the cameraman?)! They do so based upon some ethical values. What are they? How are they determined?

A culture that focuses only on the here and now, and that pursues material things in a desperate search for meaning, will always possess values. But those values will be shaped by its heart convictions. To say it a bit differently, secular materialists are religious and they have ethics, but their religion and their ethics are shaped by their secularism and their materialism!

Cannibals eat the flesh of their enemies, but they do not eat their fellow tribesmen. Al Capone killed many people, but never without stopping off at the Cathedral in the morning for morning prayers. And so it goes. Everyone has a set of values, a way of determining right and wrong. But in a world in which the eternal has been denied, in which the here and now has been elevated to glorified status, those values are determined by the individual by himself and for himself! No longer can we appeal to the divine and sovereign God, Whose Word is law, is absolute, is wise, is non-negotiable (Psalm 19:7ff) and Whose Word gives us the absolute standards for right and wrong. No, in a culture that denies the eternal, so too is any eternal law rejected, any absolute standard denied.

Surely you have noticed the heated discussions surrounding recent Supreme Court nominees. Robert Bork and others like him were excoriated and pilloried because of their belief in “strict construction.” That is, they believe that the Constitution, as the framers wrote it, is normative. It does not evolve in meaning with each passing generation. So too with ethics. Try standing firmly on the text of Scripture and watch society mock you! To think that the Bible, penned over 2 millennia ago, could be the absolute standard of right and wrong, is viewed as nonsense.

Such a view is most accurately called relativism when applied to personal values. That is, right and wrong are relative to the individual, to the situation. Recently, I caught a few minutes of a “Donahue clone,” Sally-Jessy Raphael. She was interviewing a mother and her 13 year old daughter about the daughter’s insistence on having sex with her boyfriend in her room without interference from her mother. The interviewer/host’s only comment? “I hope you are using protection!” Not a word about sin, let alone moral wrong choices. Not a word about the destructive effect of such behavior upon the family, the premarital relationship or the body. Not a word about the corruptive effects of such behavior upon a society choking on its permissiveness.

In fact, as Chuck Colson observes in his wonderful book The Body, the only thing which our relativistic society holds as absolute truth is that there are no absolutes, and that those of us who believe there are absolutes are absolutely wrong! Always! Listen to the applause a studio audience member receives at such a program when he/she observes: “You have a right to your own behavior; we mustn’t tell you what to do.” And listen to the jeers and the mockery one receives when he/she suggests that some behavior (no matter how outlandish!) is wrong, period! Try it. Think about programs you’ve seen dealing with the subject of homosexuality, for example. Observe the reactions of the crowd when someone calls the behavior sinful.

All of this has profound effects on the work of the elders. Your people live in a relativistic age, in a time in which TV, radio and the print media scream the values of relativism at the top of their lungs. And some of it sinks in. Consider:

• Many people have no respect for church discipline. “After all, who are you to judge me or my behavior?” Along with that, many churches show no respect for the discipline of other bodies of elders. Many will take sinners under discipline into full and free membership without so much as a raised eyebrow.

• Many have lost the conviction that the Bible is Truth. Replacing such conviction is the relativistic notion that the Bible contains one kind of truth, but that other religions do too. Even the recent revelations that the Soviet KGB had infiltrated the World Council of Churches at the highest levels with their own agents has done nothing to change the relativistic approach to the truth that this organization has promoted for years.

• And remember the corollary: if the Bible is not absolute truth then there is also nothing that the Christian church may declare to be absolute error. Preachers ought not to condemn sins of doctrine as heresy; they may not condemn sins of the flesh as wickedness and evil. “Who do you think you are, telling me that abortion is wrong!” cries the relativistic Catholic. “The Christian faith is about love, not judgment!” cries the homosexual pastor of the “gay church” in every major city.

• And don’t even mention the insistence of the local elders upon holy living! To discuss the possibility of removing a member from the body of believers because of unrepentant sinfulness is to enrage the sensitivities of every relativist in sight. Not to mention bringing down the wrath of the American Civil Liberties Union upon your neck!

In such a time as this, it is incumbent upon the elders of the local church not to flinch, nor to throw up their hands in hopelessness. Most importantly, you may not run from your duty to pursue holiness within the body, no matter what the society, and maybe even the laws may say! Christ demands that His Body be holy (I Peter 2) and entrusts you with the pursuitof holiness, both doctrinally and in terms of lifestyle.

Allow me to make a few suggestions:

1. Make clear, both from the pulpit in your church and in private pastoral meetings with the people of God under your care, that your church firmly holds to the Bible as the Word ofGod, as the absolute and infallible standard for both doctrine and living. Combat relativism with the strong affirmation that because God has spoken His Word, it is Truth!

2. Whenever the Bible is contradicted by your people either in doctrine or in life, make dear precisely what Biblical teaching is being compromised, I’m often amazed by how many people drift into unbiblical beliefs and practices because they don’t know what the Bible said in the first place! (How did the prophet say it? “My people are destroyed for lack of knowledge.”) Pastoral care for sinners demands a clear reference to Scriptural teaching; you may not rebuke or can for repentance without pointing out the violation of the will of God that demands your pursuit of holiness in their lives.

3. Make sure that in the educational ministry of your church there are clear standards for evaluating the quality of what is taught. Be sure some courses deal with the ethical issues facing the people of God today, and make sure that the teacher stands with Scripture. Be sure that the training of the youth reflects clear Biblical standards of doctrinal truth. No child will grow to stand firm for Scripture unless he/she has been clearly taught what it says.

4. Make especially sure that your church teaches very carefully the doctrines concerning the infallibility and inerrancy of Scripture. It is one thing to lament the loss of the authority of the Bible. It is quite another thing to combat it by positively raising up generation after generation of men and women who stand for God’s Word without compromise. You must attend to the patient and careful instruction of your people. And this duty especially rests upon the pastor. I believe that not only his work in the classroom with the children, but especially the example of the careful exegesis and exposition he brings into the pulpit will do much to contradict the growing plague of relativism in our age.