The burden of the previous article was that unless we strive to formulate and understand the basic ideas that necessitate Christian schools, these schools may serve a City that is not God’s or a Kingdom that is not Christ’s.

Are there really basic tenets that demand Christian schools? Thousands of Christians, both in Europe and in America, answer “NO!” Even among Christians of Calvinistic persuasion there are those who not only answer “No,” but also militantly, if not belligerently, oppose Christian schools. To a “Man from Mars” so to speak, that must sound extremely strange. If he were to talk to us earth men he would surely ask, “How can that be? A Christian against Christian schools.” This “Mars man” would probably find a lot of sense in what the last collector for a Christian school drive said when he called at our home. He said something like this, “I don’t argue with people when they say they’re not in favor of Christian education. What they’re really saying is that they don’t want to pay for it. How can a Christian be against Christian education anyway? That just doesn’t make sense.”

It probably doesn’t make sense, like many other things that people do or think. But we mortals are that way. Jesus says that “children of this world are in their generation wiser than the children of light.” It may help us, therefore, to see how a child of this world sees us. Dr. Robert E. Robertson, assistant professor of philosophy at Ball State Teachers College, has little else than scorn for theists as educators. In dIe Basic College Quarterly (Spring 1959), published by Michigan State University, he writes on “The Dangers of Theism in the Classroom.” Towards the beginning of his short article he ridicules the church-related college professor as follows:

Occasionally he titillates himself and his students with a consideration of ideas contrary to theistic principles, but always with the comfortable sense of assurance that a safe harbor awaits him to which he can—indeed must—return after completing the dangerous voyage. Because of this, and much to his delight, he is described as “liberal.” His theism proudly colors his every academic endeavor and makes it possible for him to teach—as did a former colleague of mine—Christian chemistry…Lastly, he is extremely vocal in his defense of academic freedom so long as it is pursued within the bounds of a nebulous something called “academic respectability.” The circle is completed by the fact, usually unexpressed, that the limits of academic responsibility are set by his own theistic postulates.

While Robertson may be having a little fun at the expense of his church-related college colleagues, he is in dead earnest in believing that no dedicated theist can educate. A little further on in the article he continues as follows. (The italics are mine.)

If an institution of higher learning is a collection of scholars devoted to the searching out of truth regardless of where the search may lead—if in other words, it is dedicated to education rather than to indoctrination—an attitude of instrumentalism must pervade it. This means an eager willingness constantly to experiment with and test premises and postulates, a willingness to treat these premises and postulates as instruments in the pursuit and production of truth, and a willingness to abandon the m if experiment shows that they have failed to hear the right fruit. If this attitude is an integral part of an institution of higher learning, what is our dedicated theist doing there?

Robertson insists on using the words “dedicated theists.” I gather that he has no serious objection to one’s being a theist in the sense that he holds his theism as an instrumental postulate to produce truth. But a dedicated theist is one wholly committed to theism. Upon such his last sentence imposes the following suicidal condition:

Until the dedicated theist is willing to make himself intellectually respectable by treating his postulates in an instrumental fashion, skepticism and bigotry will, I fear, continue to add their poison to human relations.

Dr. Robertson, apparently as one of “the children of this world,” sees the irreconcilable conflict between the theistic position and the non-theistic position. From his point of view he suggests that it is unethical for a theist to teach in a school based upon the faith that this universe is open at both ends. Its origin is unknown and its end, if there be an end, is also unknown. The universe is an unfolding book both to God, if there is a God, and to man. Unless a scholar holds to that he can not be a scholar.

Christian schools are founded on exactly the opposite position. Christian schools arc built because their supporters believe with all their heart, soul, and mind that there can be no education unless Genesis 1:1 is true, “In the beginning God created the heaven and the earth.” Unless this is true nothing is true. Robertson alludes amusingly to “Christian chemistry.” Christian schools are based on the premise that there is no such a thing as a “non-christian chemistry.” There is no chemistry that can do anything but reflect the Creator (Psalm 19). If there is, then Robertson is right. If Robertson is right then this universe has no meaning. If chemistry reflects a world of chance it reflects a meaningless world.

This is exactly the hopelessness and despair of modern secular education. The morning TV chemistry class I occasionally watch and listen to has nothing more to offer. The professor professedly teaches t hat the marvels of chemistry he unfolds are the gift of an irrational nature. I think that the Bible demands that every Christian teacher be a dedicated theist. He may leave no doubt in the minds of his students on this score lest he cause a little one to stumble. Without the God of the Bible this universe, the splendor of which grows with the centuries, has no meaning. Christian schools need to be established and maintained to teach our youth and to witness to the world that one cannot educate except on the basis of Genesis 1:1. 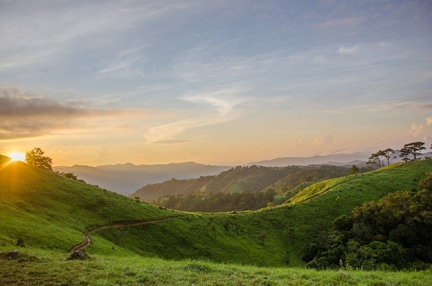 Robertson says that scholars are “distinguished by their concern and unflagging search for truth…” We answer that the success of that search depends on your starting point. He would no doubt agree, but he would say you start with a closed universe. You talk about a God who knows the end from the beginning, the beginning fro m the end. I don’t believe in such a universe. Our answer is that if you don’t believe in such a universe you will never reach the truth because there is none in your universe. Yours is a meaningless universe of despair and hopelessness.

A universe that causes men like tile late Clarence Darrow in his old age to advise young people “to chuck it all”. Why not? What’s the difference?

Dr. John Wesley Ross from the University of Southern California wrote in Religious Education (9-10-58), “The task of education is to find meaning.” If that is so, then, contrary to Robertson, only a dedicated theist can educate. He has a rational Creator behind his universe. For him man is ration a l because he was made in the image of a rational God. The non-theist can only claim a rationality that is the chance product of an irrational world. What will his students have to live for when the atom bombs start falling? These will blast his world to nothingness. Without creation there is no education is a basic tenet upon which the philosophy of Christian education is built. Christian schools are indispensable to such a meaningful education. What Robertson holds as unscholarly, Christian schools demand as the basis for meaningful scholarship.