When you consider the topic of wisdom, do you think of intellect or philosophy? Perhaps Solomon or the book of Proverbs comes to mind. Maybe it is time we dust off our old definitions of wisdom, evaluate them, and adjust them as we walk through Scripture and attempt to grasp the essence of wisdom. The wisdom found in Scripture is not like the wisdom of Socrates or Plato. The wisdom found in Scripture does not end with Solomon or the book of Proverbs. 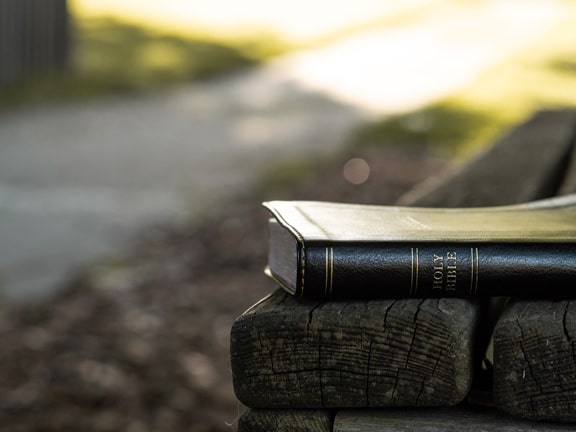 Wisdom in the Old Testament

Beginning even before creation, God possessed wisdom “before His works of old” (Proverbs 8:22). Wisdom was established from everlasting (8:23). Wisdom worked beside Jehovah at creation as a master craftsman (8.30); with wisdom, God made all His works (Psalm 104:24). “The Lord by wisdom founded the earth; by understanding He established the heavens” (Proverbs 3:19). With wisdom, God made a place where He could dwell with His people (Adam and Eve). Creation was God’s holy habitation (Psalm 104).

The Garden of Eden was an earthly version of the heavenly temple— heaven was the reality, the garden was a shadow of that reality. In wisdom, God created a place so that He could be with His people.

Moving on to the next two major accounts of wisdom, we find wisdom working in the construction of both the tabernacle and the temple. Concerning the tabernacle: “And I have put wisdom in the hearts of all the gifted artisans, that they may make all that I have commanded you” (See Exodus 35:10, 36:1). God gave wisdom to His artisans so they could construct a place where He could reside among His people. The tabernacle was built with wisdom as a place where Jehovah could dwell with His people on earth. It was an earthly copy (shadow) of the heavenly reality.

Solomon’s temple was constructed with wisdom. God gave Solomon wisdom to construct the temple. Solomon built the temple with God-given wisdom, so that God could dwell among His people on earth. The earthly temple was an earthly copy (shadow) of the heavenly reality.

Did you note the themes that follow the three examples of wisdom? These three displays of wisdom in the Old Testament are the brightest three: wisdom shines at creation, at the tabernacle construction and at the temple construction. But also note the theme of wisdom connected to God dwelling with His people. When God dwells among His people, He does so as a manifestation of His glorious wisdom.

Wisdom in the New Testament

These three Old Testament examples of wisdom are not the end of wisdom. The Garden of Eden was not intended to be permanent; nor were the tabernacle or the temple. The wisdom of God is not temporary, nor is His dwelling with His people. God’s wisdom would not have us remain in the garden, but has her sights set on eternity, on heaven itself. The manifestation of God’s wisdom is like a flower growing from seed to full bloom. God’s wisdom was not shining in her brightest form in the Garden of Eden, the tabernacle or the temple—these things were passing earthly displays of His heavenly wisdom.

The brightest and clearest manifestation of God’s wisdom is found in One greater than Solomon—Jesus Christ (Luke 11:31). The seed of wisdom that was growing from creation to tabernacle to temple finds its full bloom in the person and work of Jesus Christ. Jesus coming to earth, in history, is the most vivid display of God’s wisdom—the display to which creation, the tabernacle and the temple pointed forward. Jesus on earth is heaven come down, supernatural wisdom most clearly displayed—in history! This is nothing less than an intrusion below from above!

Luke tells us that Jesus “increased in wisdom and in stature” and “grew and became strong in spirit, filled with wisdom” (2:40,52 cf. Isaiah 11:1-4). Jesus is wisdom in the flesh. In Him “are hidden all the treasures of wisdom and knowledge” (Colossians 2:3). Christ Jesus “became for us wisdom from God” (I Corinthians 1:30). In John 1:14 and 2:19, 21 Jesus is said to have tabernacled among men. He is the true temple. Jesus is God dwelling among men. In wisdom, God sent Jesus to earth to dwell among His people. The Belgic Confession notes, “The Son is the wisdom of the Father.” The wisdom of God is not an inner quality, it is not a philosophical concept, or even primarily intellectual prow-ess—it is Jesus Christ, coming to earth, living and dying to save His people from their sins.

How beautiful is this display of wisdom found in Christ. From creation, to the tabernacle, to the temple, to Jesus Christ, we see God’s wisdom progress and finally come to full bloom. Jesus on the cross is glorious wisdom for those who believe. But it does not end here!

God would not have His people sit in the stands looking into this arena of redemption. God takes His children from the darkness of the stands into the glorious light of the drama itself. In Christ, God’s children are a new creation and temples of the Holy Spirit. Do you see the concept of wisdom come together in those united to Christ? His people are a new creation in Christ, a new creation in wisdom, as it were. With wisdom, God created His own that He might dwell with them—in them by His Spirit. Wisdom, God dwelling among His people and creation/tabernacle/ temple construction come together in believers (II Corinthians 5:17, II Peter 2:4-5)! And it is all because of Christ!

Do you believe this wisdom? Is Jesus on the cross heavenly wisdom for you? To use the words of James, do you have wisdom from above which is pure, peaceable, gentle, willing to yield, full of mercy and good fruits, without partiality and without hypocrisy? Or do you have wisdom from below, which is earthly, sensual and demonic? Look to God’s wisdom. Look to Jesus Christ, who has been made wisdom for believers. In Him, your life will display the fruits of wisdom which is from above.

Mr. Shane Lems is a member of the Trinity United Reformed Church of Caledonia, Michigan.