When we chose the wording for the theme of this issue of The Outlook, we were tempted to put a question mark behind it to read WINDOW OF OPPORTUNITY? This would not be strange because CR synods have been flip-flopping the past four years—seriously jeopardizing their credibility. And although this year’s synodical decision re: women in church office reflects the Scripture’s teaching and our convictions exactly, we are plagued with apprehension that Synod 1995 or a subsequent synod will overturn this year’s decision. It would be illegal of course (and vigorously challenged), bur it’s been done before (Synod 1993). 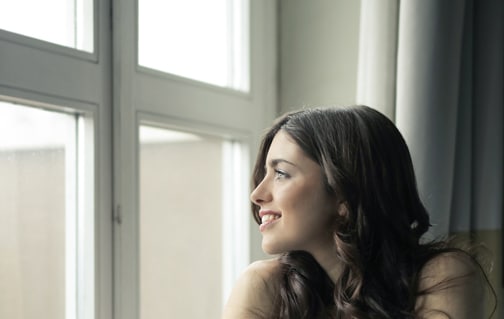 But upon further reflection we decided not to place a question mark behind WINDOW OF OPPORTUNITY for two reasons. First, many of us prayed fervently that synod would do what it actually did—decline to open the authoritative offices of elder and minister to women, not seeking to compromise, but rather using solid Biblical and confessional grounds—the “sweep” of Scripture as well as its specific passages.

Second, we are in the church militant, and there are battles to be waged internally to be sure, and this we have done on the women in church office issue for twenty plus years. But now that battle is over and we must go on. We must remain vigilant and vocal on this issue when necessary, but there are other crises to meet in the church (feminization of God, evolution, homosexuality, abortion, relativism and the doctrine of Scripture, to name a few).

There is also the huge task of educating the future generations in the beauty, breadth and depth of the Reformed faith, and strengthening and enriching the convictions of those who are older.

And there is outreach—at home first, and then abroad. Today we face a “culture war,” in essence a battle against the spiritual forces of evil as Paul so aptly described it (Ephesians 6). Cal Thomas, journalist for the Los Angeles Times Syndicate, reveals Census Bureau statistics which demonstrate that the US has the highest divorce rate in the world, the highest teen pregnancy rate, the most abortions, the highest percentage of children raised in single parent homes, the highest percentage of violent deaths among the young, and a male homicide rate that is five times greater than any other developed country except Mexico. And as if that is not enough, the left side of the political spectrum in this country has recently been smearing conservative Christians for creating a specter of “imposed morality,” while they fail to acknowledge the disastrous results of their own “imposed immorality” which is bound to grow with the current administration in Washington D.C. The need for evangelism in our country is staggering.

It is true that all of us as Reformed Christians in the Christian Reformed Church seem but a tiny life boat in a raging sea. (The Chicago Tribune recently described us as a “tiny Calvinist denomination,” June 24, 1994.) But God used one rescued Hebrew baby to lead God’s people out of slavery to the Promised Land to fulfill a promise made to our first parents in Genesis 3:15, one young boy to kill the giant with a stone and scatter the enemy Philistine forces, one prophet to defy the forces of Baal, one judge with 300 helpers (thousands of fearful sent home) to confound the Midianites, one weak fearful man to bring Ninevah to its knees. Jesus chose only twelve apostles to launch the fulfillment of His Great Commission. So numbers are not the important thing. Scripture-based convictions adorned with Spirit-filled commitment, courage and clarity of vision are. Read Ephesians 6 for a description of the armor of the Christian.

Some may respond to what we have said by asserting that the Christian Reformed Church is a “sinking ship.” We will be wasting our time and energy which could better be applied in a new Reformed denominational context. Time may prove that assertion correct; but the Lord has opened this window of opportunity for those of us who desire to see the CRC back on the track of true Reformed hermeneutics and application of the same to all the issues which arise.

Meanwhile, we love and sorely miss dear friends who have left. We understand your reasons for leaving; we respect your existence as independent churches, and we strongly desire to keep in touch and work together wherever possible. We have members of the CRC and members of churches who have recently left, and members of other Reformed bodies on the board of this periodical. It is our prayer that all of you will uphold us and our work in your prayers as we promise to do for you.

Before we move to the reports, we want to express our profound gratitude to one of our contributing editors and delegate to Synod 1994, Dr. W. Robert Godfrey, president of Westminster Seminary in California. His input into the grounds for the Majority Report (which is printed in this issue) was invaluable; his work as Reporter for the Majority Committee required him to stand before synod for two grueling days. He was wisely selective in his responses to speeches from the floor, and totally gracious in his handling of abusive remarks directed to him and his committee, both from the floor of synod and unofficially in the halls. His qualification as a church historian equipped him to correct some of the faulty use of church history data advanced by the opposition to bolster their cause.

May God’s grace, wisdom and peace rest upon all of us as we seek to do God’s will, God’s way.