There are two misconceptions of which we should free our minds immediately. On the one hand, there are the people who belong to this or that sect (Russellites and some others). These will sometimes confuse their victims by telling them that it is not true that they believe in “second probation” (a second trial period Or second chance). Their argument is this: the heathen and many others besides never really had a chance; hence, an opportunity to be saved after death is really not a second probation. It is their first chance. Hence, in the wording of the question as you find it above this Outline I have purposely avoided the word “second.”

There is also an error (of omission, I suppose) of which even some excellent works on doctrine are guilty. They write about this entire matter as if it had reference only to “the intermediate state” (the time between the moment when the person dies and the moment when he is raised from the dead). But that is not true. To be sure, in the course of the history of doctrine there have arisen many individuals and sects that have confined “the after-death-opportunity to-be-saved” to the intermediate state, but that does not hold with respect to all of them. The Russellites, for example, believe that those who have died have gone “out of existence,” but will be recreated. They will appear at the end of history with the same thoughts in their brains and the very same words on their tongues that were there at the moment of dissolution. Then (in the millennium) will come the chance to be saved.

But whether a sect or a person believes in a chance to be saved during the intermediate state or at the time of the resurrection, in either case the belief is that after death (be it shortly afterward or long afterward) there will be such an opportunity to be saved. 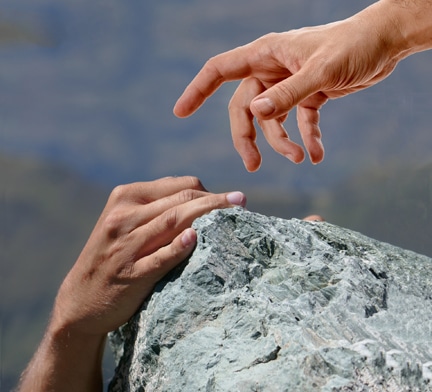 2. THE ARGUMENTS OF THOSE WHO ACCEPT A FUTURE PROBATION

These arguments are not the same for every group. Some stress this, others that, depending on the particular future-probation theory which they hold. All stress the idea that the fairness of God demands that he give men this chance to be saved after death. Some try to show that to be damned one must have willfully rejected the offer of salvation. Those who believe that a chance to be saved will be given to men (at least to some of them) in the intermediate state generally appeal to I Peter 3:18, 19 and to I Peter 4:6, which passages are then interpreted to mean that Christ, in the period between his death and resurrection, went to the underworld and there extended the invitation unto salvation to the spirits of the lost. And finally, those who connect the chance to be saved with the resurrection at the close of history fantastically apply “Scripture-passages regarding Israel’s restoration,” to the future restoration and probation of men in general. They usually add that the resurrection of all these people (who, by the way, had already gone “out of existence”) will afford them a chance to make good use of their past experience. This “past experience will thus serve as a deterrent on the one hand and a spur to better things on the other.” Should they, however, choose to live in . sin their punishment will consist in annihilation.

3. SCRIPTURAL PROOF THAT THIS DOCTRINE IS FALSE

a. Scripture teaches that it is not up to us to tell God what is fair and what is not fair. As I said in Outline XLI: “Man lost in Adam, and adding to his sin every day, has no inherent right either to salvation or to hearing the way of salvation.” See also Daniel and Romans 9:20.

c. The interpretation of I Peter 3:18, 19 offered by the future probationists is indeed “a very precarious exegesis of a most difficult passage in Peter’s Epistle” (A. T. Robertson, Word Pictures, Vol. VI, p. 117). Even if that interpretation were correct, it still would not suffice to prove the theory unless it be supposed that in the realm of “the wicked dead” missionary activity is continually going on. It is also difficult to see why, passing by multitudes of other lost souls, Christ would have selected for his mission-work in the underworld exactly those souls (namely, of the antediluvians—those living before the Flood) who, while still in the flesh, had had every opportunity to repent (Genesis 6:3; Hebrews 11:7).—As to I Peter 4: 6, the context (see verse 5) clearly indicates that here “the dead” to whom the gospel is preached are those who, when Jesus comes to judge, will already have died. The text does not mean that the gospel is preached to men while they are in the state of death (the intermediate state).

d. The jump from “Israel’s restoration” to “future probation for men in general” is so big and so exegetically unsound that no further comment is necessary.

e. Scripture teaches that the state of unbelievers after death is a fixed state. For the rich man in the parable of Luke 16:19–31 there is clearly no further opportunity to be saved. The wicked are kept under punishment until the day of the final judgment (II Peter 2:4, 9). The blackness of darkness is reserved for them, and this forever (Jude 13).

g. After death comes not probation but judgment (Hebrews 9:27).

h. Scripture admonishes men that the day of salvation is NOW, not at some future date, whether that date be in the intermediate state or at the close of history (Psalm 95:7, 8; II Corinthians 6:2).

1. Do all those who believe in a future probation refer this to the intermediate state?

2. What are the arguments of those who, in one form or another, accept the doctrine of chance to be saved for those who have already died?

3. Is it up to us to tell God what is fair and what is not fair? Prove your answer by quoting Scripture.

4. Is it true that in order to be damned a man must have rejected the offer of salvation?

5. What are some of the other argument. which show that according to Scripture those who were not saved when they died have no chance to be saved afterward?

2. What effect does the doctrine of probation after death have on doing effective mission work?

3. Can you tell the story of Pastor Russell’s life?

4. What are the main tenets of Russellism? What is the best way to deal with Russellism?

5, What is the main lesson of the parable of the five wise and the five foolish virgins?