I. THE URGE TO EQUALIZE

“Soak the rich and raise the living standard of the poor.” “Redistribute wealth so that everyone will have an equal portion.” Such are the slogans we hear on every side. Many people seem to believe that if only this wonderful ideal could be reached, all problems would be solved and everyone would be happy ever after.

More thorough investigation usually reveals the fact that the “equality” which many confess to be seeking is a rather variable and subjective commodity. To be sure, Mr. Brown wants to have a share of Mr. Jones’ wealth, for Jones is richer than Brown. But Mr. Brown is not at all anxious to share his wealth with poorer Mr. Black. Besides, it stands to reason that if the rich were suddenly deprived of their work-creating capital, the result would not be prosperity for all but poverty for all. This does not mean that one should be indifferent to the lot of the poor. Far from it. Indifference in word and deed would be definitely unChristian. Moreover, there is no excuse for “hoarding.” But perfect equality, as the goal of share-the-wealth programs, is an ideal which is both impractical and unbiblical (Proverbs 6:6–11; 24:30–34).

“But surely in heaven we shall all be equal,” says someone. I answer, Yes, in the sense that all who enter there, though once they were sinners, are now in the state of having been “saved by grace.” All, moreover, will owe their salvation equally to the sovereign love of God. And the goal for all will be the same: to glorify God and enjoy him forever. Nevertheless, there will be inequalities, differences, degrees of weal (and in hell degrees of woe). In a previous Outline (XXXVI) it has been shown that in all probability there is progress, development, even in heaven, so that the redeemed will resemble the gradually opening petals of a flower. At first such a flower has room for only a few dew-drops, but the more it opens up the greater its capacity becomes. Nevertheless, even so the blue forget-me-not will never sparkle with as many dew-drops as will the tulip flaunting its stately head in the next garden-bed. Forget-me-nots will never be tulips or sunflowers. Though there is growth and development for every species of flowers, yet from the very beginning there is difference in capacity.

Scripture teaches this doctrine of “degrees of glory.” When Jesus comes to reward his servants, one of these faithful ones will in the end have ten talents (in fact, eleven, Matthew 25: 28), another four talents. There will be those in the life hereafter who will receive a reward which others, though saved, will not receive; that is, not in equal measure (I Corinthians 3:10-15). Everyone will be judged “according to his works” (See Outlines XXI and XXII). Axe there not also differences among the angels? Is every angel an arch-angel?

3. IF NOT EQUAL, WHAT DETERMINES THE DIFFERENCE?

First, the degree of faithfulness shown while the redeemed were still living on earth. That is a very important point. But it is not the only thing, as also the parable of the Talents shows. To one servant five talents were entrusted, to another only two. It is not for us to quarrel with the manner in which God, according to his good and sovereign will, distributes his gifts. And if one answers, “Yes, but even according to this parable, the talents were entrusted according to the ability of each servant,” the answer is, “And who was the Author of this ability?” Read I Corinthians 4:7, “What hast thou that thou hast not received?” For us it should be sufficient to know that all of the redeemed will be thoroughly satisfied; in fact, will say, “The half was not told me.”

Even in hell there are degrees of difference. Not all suffer alike. For some the punishment will be “more tolerable” than for others. See Matthew 11:22, 24. This will be made clear as we study the following Outline. 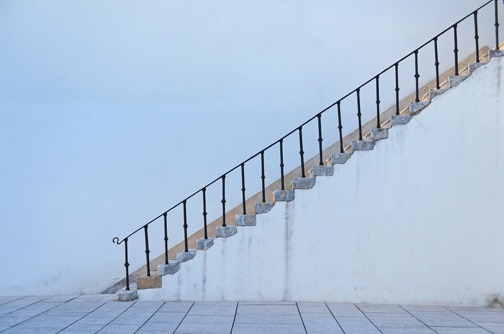 1. Discuss “the urge to equalize.”

2. In which sense will there be equality in heaven?

3. In which sense will there not be equality?

4. What determines the difference in degrees of glory?

5. Are there degrees of punishment in hell?

1. Would you appeal to John 14:2 to prove that there are degrees of glory in heaven?

3. Do degrees of glory imply differences in tasks?

5. What is the practical lesson contained in the parable of the Talents? In which way does this parable differ from that of the Pounds (Luke 19:11–27)?