In April of this year, 2001, The Outlook will commemorate its 50th year of publication. It began as the Torch and Trumpet and retained that name for many years. Its circulation was most active in the Christian Reformed Church.

In this issue as well as March and April, we will feature a number of reprints of excellent articles which appeared in the earliest issues. We begin with the very first article written by the Board of Reformed Fellowship, entitled—Why? At the time of the beginning of Torch and Trumpet, the CRC official publication, The Banner, was in circulation, and another new magazine also began—The Reformed Journal. In the years that followed, the two journals (Torch and Trumpet and Reformed Journal) would take opposing positions on many issues that arose in the CRC. The Reformed Journal ceased to exist a number of years ago. Its viewpoint became the dominant thinking of much of the leadership of the CRC including The Banner. Reformed Journal was no longer needed. The Outlook became the minority viewpoint in the CRC, and many of its readers are among the 40,000 plus who have left the CRC in the last 8–10 years.

It is interesting to see the hints of this division already 50 years ago, although the articles in the earlier years are far less polemical than those of later years. We hope our current readers will enjoy this brief 3-month walk through history in the upcoming issues.

Why another magazine? That question is being asked by many. We wish to give a definite answer to that perfectly natural question. 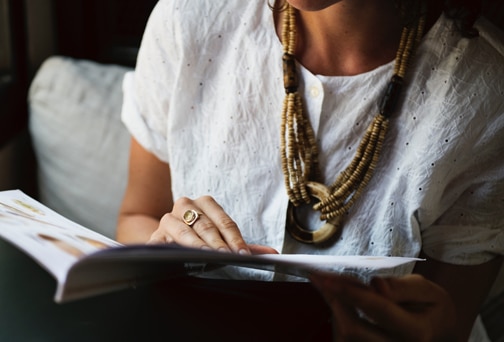 A second question is being asked. Why are two magazines coming out at the same time? People are wondering if the birth of these two periodicals at the same time is evidence of a deep difference of opinion suddenly breaking into the open.

Why, then, Torch and Trumpet? We are frank to say that we are moved by a serious concern for the welfare of Zion. Alarmingly and increasingly persistent are reports that there are so many in the Reformed churches who seem to be insensitive to the real meaning of a Reformed confession and life. Men and women with sharp Reformed “feelers” (Gereformeerde voel-horens) are becoming almost a curiosity.

Only the ignorant or the blind can dare hold to the comfortable opinion that the flood-tide of anti-doctrinal, man-centered modernism has graciously by-passed the Reformed churches. And in more recent days we have Barthianism, called “neo-orthodoxy” by many. We are persuaded that this new brand of theology is better called a “new modernism,” and that it jeopardizes the foundations of the faith with even greater subtlety than the older liberalism. Furthermore, we may not fail to take note of the influence upon the Reformed churches of that strange mixture of truth and error commonly called Fundamentalism in our day.

It is our purpose to arouse those of like mind with us to a more serious study of the Word and the Reformed heritage, that we may all put on the whole armor of God and be the better equipped to fight the good fight of faith. We believe the disease of religious and doctrinal indifference is making insidious progress among us, and we would indoctrinate our people with the truth of God. Then too, we who think and live under the mandate to subdue all things for God’s glory, must speak with greater clarity to a generation whose culture is decadent because the people stagger in drunkenness with man-centered ways of life and thought. If in God’s good providence we can do only a little to help many give clearer expression to that voice in our time, we shall feel that our purpose is being realized.

Our method is simple. We shall try to speak in clear, forthright language to the average man in the church. We shall seek to inspire, instruct and edify the serious-minded man and woman in the pew. But every issue will also carry several worthwhile articles for the pastor, upon whom, more than any other leader, depends the spiritual welfare of the church. Most of the articles will appear serially and our magazine will be presented in such form that it can easily be filed into separate volumes, each year representing one volume. Because most of the material will appear serially, we trust that many societies will find the magazine useful for study purposes.

Most of the articles will be expository. But when necessity presents itself, we shall not hesitate to engage in controversy. The truth is intolerant, though we would be gracious and speak the truth in love. We go forth in the spirit of those faithful servants of the Lord who “held the torches in their left hands, and the trumpets in their right hands” Gudges 7:20). Our earnest prayer is that God may graciously bless our Torch and Trumpet, just as He blessed the lamps and the trumpets of Gideon’s day.

We invite you to join us in this crusade.