By the time you read this the September 1999 headlines of the terrible massacre at Wedgewood Baptist Church in Fort Worth Texas, will be old news.

Nevertheless seven Christians are dead. Gunman Larry Ashbrook shouted profanity and mocked the belief of these Christians. He could have walked into a 7-eleven or Quick Stop just as easily as a church, but he chose a Baptist church that proclaimed the essentials of the faith for a reason. Apparently, Ashbrook hated what these people stood for. Dare I say that he was “Christophobic”? 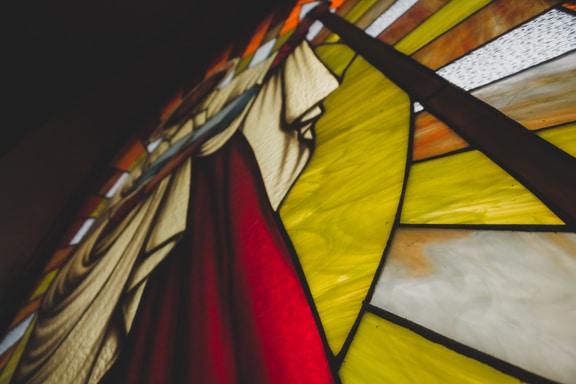 Yet, what is amazing is that reporters all over the nation insisted on describing a cold-blooded murderer’s motives as a “mystery.” The media tells us that his choice of a Baptist church as the setting for his rampage was a random one. We’re supposed to believe that he just picked out the first “group” that he came to and started shooting.

As Chuck Colson noted, our leaders refuse to “recognize that Christians have become targets of choice for America’s gun-toting fanatics.” Colson went on to mention that “Attorney General Janet Reno, who swiftly labeled recent ads of violence against blacks and Jews as hate crimes: can’t seem to drum up the same passion for murdered Christians. Instead of labeling Wedgewood a ‘hate crime: as it clearly was, Reno called the massacre ‘inconceivable: and used the tragedy to call for tougher gun laws.”

Well, if Ashbrook had walked into a gay bar or abortion clinic screaming curses at homosexuals or the nurses and doctors in the case of an abortuary, would the media or the At torney General have described that as “mysterious” and explained away the murders as the actions of a mad-man? Obviously not! As New York Post columnist Rod Dreher put it, “The number of Christians killed this year alone by fanatic gunmen greatly exceeds the number of abortion gays murdered by right-wing haters.”

Why the double standard? Why is it that Christian murders are marginalized whereas the illegal unbiblical taking of life in “politically correct” sectors of our society  classified as the worst crimes possible? Why does the media call the death of Christians by a man yelling religious slurs an act of “mystery” but the death of a homosexual or abc provider is a “hate crime”?

Again Colson, in a recent “Breakpoint” article, has his finger on the right pulse when he says, “Part of the answer is that our elites view Christians as oppressors—of gays,  of women, of anyone who rejects Judeo-Christian morality.”

Ted Turner calls Christians “idiots” and “bozos:” and blames us for many of the world’s problems. So it should come as no surprise that when Christians are targeted in schools like Columbine and Paducah or churches like Wedgewood, the impact on the culture (at least as reported in media) seems to be only slightly more than a collective yawn. This isn’t paranoia. It is, as Sgt. Friday used to say, “Just the facts, Ma’am.”

I suggest that Christians continue to speak the truth in love. Don’t allow the culture to relegate you to sidelines of society and label you “irrelevant” because you “see no hear no evil and speak not a word to the evil around you.” God has called His church to be prophetic and, at the same time, involved in the marketplace of ideas and competing philosophies.

Second, demand that the government to whom you pay taxes provides the same protection afforded others. There is a reason why the law must be blind to everything but the law itself lest it begin to discriminate who “deserves” its protection and who does not.