Individuals wishing to organize themselves into one group always face problems. Questions arise about membership, aims, finances, meeting place, and other details involved in such organization. Despite the many problems our American society is organized on a high level in every sphere of activity. Evidently the problems are not insurmountable when a group of dedicated people meet them with courage and faith in their purposes.

I do not see any reason why organizing our women’s societies into a federation should present any difficulties that can’t be resolved through discussion and determination. The Christian Reformed Church has fostered international organization of its men’s societies, its young people, and more recently, of its boys and girls. Why is it that the women of our denomination are not represented by an organization with similar purposes? Is the need less among our women? Do our women need Bible study helps and materials less than our other groups? Aren’t they in need of a broader Christian fellowship? Is there nothing they can accomplish by being united internationally?

I don’t believe any active society member will conscientiously be able to reply in the negative. Then why do we women manifest such indifference? One reason may well be that we do not recognize the many benefits of organizing all our local societies into leagues and a federation. Therefore I would like to list some of the advantages of such organization.

This would be one of the first aims of a Women’s Federation. I am sure each local society has written into its constitution that its primary purpose is the study of God’s Word. This is now being done in various ways. Some societies merely pick out a particular Bible book and the Bible leader alone provides the explanatory material and often all the discussion too. There is no guide or set of questions to follow. If the Bible leader should be the minister, who often because of time limitations must miss a meeting, then the lesson is often omitted entirely.

Others follow already existing guides such as found in the Young Calvinist, Men’s Federation Messenger, Torch and Trumpet, or The Illinois Observer. Excellent as these may be in themselves, they still are limited by the very nature of the magazine or paper in which they appear. These papers contain mainly items of interest to a special age group such as our youth or a special geographical area such as Chicago. Consequently. there will never be any wide circulation or use of such papers and their Bible outlines among our women’s societies. Our need is definitely the publication of Bible out lines written for and by our women with all our women using these guides as published in ow own women’s publication. 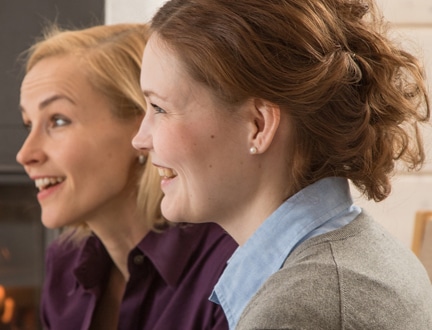 I am not now concerned with the “how” of organizing our fellowship, for this can be done easily enough by organizing several local societies of a certain regional area into a Women’s League which in t urn would be part of a Women’s Federation. But why organize into leagues?

First, to promote Christian fellowship among the member societies. This may be done by a series of league meetings featuring speakers, films, book reviews, panel discussions, spiritual life conferences, leadership training, etc. Since the membership of our leagues in many areas would be almost identical with that of the various Women’s Missionary Unions, I think the Women’s Missionary Unions should then surrender their excellent cause of promoting missions to a Women’s League which would then sponsor the spring and fall mission rallies. In fact. in many areas the Women’s Missionary Union Board could become the new Board of the League with little change except in name and constitution until a future election could be held. With a little more effort a strong league could be formed which in no way would harm our love or giving for missions.

And what more could a federation accomplish? Consider only the thrill of seeing women from many parts of the United States and Canada convening together as Christian Reformed women seeking to glorify God in their lives. What a blessed experience to participate in such a broad exercise of Christian fellowship!

3. THE PUBLICATION OF A WOMEN’S MAGAZINE

This would be the most important task of the Federation Board. We need our own magazine to promote more spiritual growth not only in our Bible studies, but also in our so-called after recess programs. We need planned materials written for and by our women—mission studies both home and foreign; panel discussion material; short plays to dramatize our activities on mission fields, in local evangelism, in Christian social problems; etc. Besides, we need book reviews, particularly of books recommended as good reading for Christian Reformed mother sand wives.

We need prayer suggestions so that all our women can unite in remembering certain causes or special events. I would also like to see a Bible meditation with suggested Bible reading to provide us with additional spiritual food between meetings. This is only a beginning of what a women’s magazine could provide for each member of a women’s society.

Would we stifle local initiative? No, we would be developing our women into stronger leaders and members, with new ideas and suggestions.

Too expensive? Again the answer must be No. No more expensive than any other subscription now placed with other magazines. Probably the only added expense would be League and Federation dues, but wouldn’t the resulting benefits far exceed the local expense?

A lot of planning and work? Yes, but with God’s blessing no problems are insurmountable.

In conclusion I would urge each woman who reads this article to ask her society leader to plan a discussion at some future meeting on the question of organizing our women’s societies.