Ecumenicity is the watchword in church life today in every continent and country of the globe. The magnitude of the atheistic challenge, coupled with the scandal of unceasing divisions within the established church has been a great incentive to church union as Christians yearn to be united. 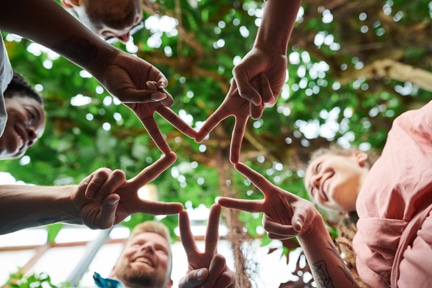 As a result we have witnessed the formation of the World Council of Churches, The International Council of Christian Churches and the National Christian Councils. Interdenominational and international councils have continued to organize under different names.

We as Reformed church leaders, all agree that the churches should seek to realize their essential unity. We agree that we must meet the ecumenical challenge of the present day.

Then why IRF? Can we not just join an already existing ecumenical body which has close creedal affinity with us?

Unfortunately our answer must be negative. This is so because of past experiences many of us have had. Having joined them in the past, it became necessary to withdraw because they were not faithful to the creedal Biblical tenets; they lacked an adequate social concern and often ended in the development of a personality cult. We took issue with these types of ecumenism not because we lacked appreciation for the unity of the church, but because their ecumenical striving had lost sight of the true nature of unity.

The ecumenical movement especially represented by the World Council of Churches has substituted the unity of external organization for the real unity based on Biblical faith. It tends to overlook the Biblical basis of unity because of itanticreedal bias. For them Christianity is not a doctrine but just a lifeThis anticreedal stance openedoors for many anti-Christian elements in the movement.

The February 1993 issue of Reader’s Digest in a special report entitled “The Gospel According to Marx,” on pages 68–73, asks the question: “Why have the interest of the World Council of Churches strayed so far afield from Christianity?” In answering that question the author, Joseph A. Harriss, said,

Before the opening worship service began at the last general assembly of the World Council of Churches (WCC) in Canberra, Australia, delegates passed through the smoke of burning leaves. This was a pagan cleansing rite. The congregation then listened to recorded insect noises and watched a pale dancer impersonate a kangaroo. The next day, as two painted, loin-clothed Aborigines cavorted, South Korean theologian Chung Hyun Kyung invoked the spirit of the dead and exhorted the audience of more than 4000 to read the Bible “from the perspective of birds, water, air, trees” and to “think like a mountain.”

To justify its political action, the WCC has encouraged “contextual theologies” to suitlocal conditions. These include liberation theology for South and Central America, urban theology for South Africa—all interpreting the Bible selectively to support radicalism. “Just as it was right for Jeroboam to seek to oust Solomon” saysone WCC publication, “it is right for all to throw off people from positions of authority.”

Since 1970, the PCR (WCC’s Program to Combat Racism) has distributed over $10 million to more than 130 organizations in some 30 countries-about half to revolutionary Marxist movements in Africa. It does not check to see that funds are actually used for humanitarian purposes. One grant of $85,000 went to the Patriotic Front in Rhodesia (now Zimbabwe), which had murdered 207 white civilians and 1712 blacks,along with nine missionaries and their children.

This kind of frontal attack against the basic truths of Christianity in the name of the WCC is a clear act of apostasy. Our distant disassociation with them is more and more justified.

While we are not aligning with liberal ecumenism, we also stand opposed to another kind of ecumenism represented by ICCC because of “personality cultism” and extreme separatism.

Having been opposed to or rejected by these extremes, we are here today, to stand together not as isolationists, but as the Reformed ecumenists under the name International Reformed Fellowship. IRF was conceived and came into being in response to the demand created by the ecclesiastical climate of today.

Last year was my sabbatical. It was the first time this privilege was accorded me in my thirty years of ministry. I utilized this opportunity to meet the leaders of non-western Reformed or Presbyterian churches and listen to their heart beat and aspirations. Most of them had left wee or ICCC after bitter experiences of one sort or another.

They all cried for the need of fellowship through which they could come together in order to enhance Reformed fellowship and to advance the Reformed cause worldwide.

This desire, by the grace of God, has crystallized in the formation of IRF today. We are here by the leading of the Holy Spirit, to pray together, discuss together, to provide an adequate response as we meet the ecumenical challenge. We believe that this response must derive from the Reformed perspective and create a platform from which the Reformed witness may expand, spreading all over the whole world.

Therefore it is my prayer that this conference will not only be the formation of IRF, but will also provide a forum for discussion and exploration of timely Reformed mission strategies through mutual cooperation and encouragement relevant to modern day situations.

Praise and glory to our sovereign Lord and Savior. Amen.