The title of this article is borrowed with permission from a sermon my husband preached some time ago. As I observed the synod of the CRC in session and the protest by the women and their supporters the day following the vote by synod not to ratify the 1993 decision to allow women in the ecclesiastical offices of elder, minister, and evangelist, it made me think of that sermon. My husband’s sermon was based on Israel demanding and insisting on a king as recorded in I Samuel 8. Samuel pointed out God’s will, but Israel was determined to have a king; so God let them have what they wanted and warned them of its consequences. 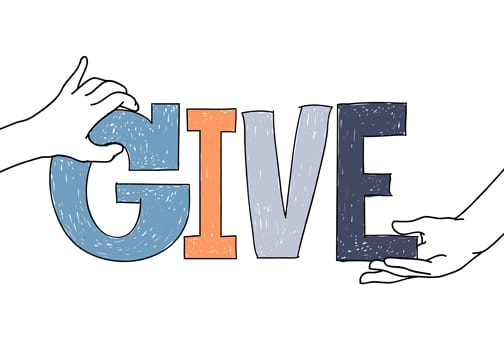 As an observer of Synod 1992, I heard, participated in, and felt the power of prayer as prayer was offered silently by the synod and visitors and concluded aloud by the president of synod before the vote for the decision technology was made not to ratify the 1990 decision concerning the ordination of women.

Again last year the issue of women in all the offices of the church was put to a vote when it was not even on the agenda of synod as such. Voting was already begun when prayer was suggested, and prayer was offered as an afterthought, with the request that votes cast before prayer not be changed. The vote passed to allow women in the office of elder, minister and evangelist, pending ratification in 1994.

Observing the 1994 synod on Wednesday, the day following the vote not to ratify the 1993 decision, I saw an insistent, strong-minded group, determined to get what they wanted. Observing and listening to three motions from the floor of synod to rescind the decision of the day before, the protest by the women and their supporters, and the passing out of yellow ribbons by a seminary professor and others, made me think of the sermon, “When God Gives People What They Want.”

In my judgment, the women’s morning protest in which they were dressed in black, wore tape over their mouths, and carried a sign which read: “We Have Been Overcome,” was in poor taste; but I did not find that as offensive as the noon protest with the gross misuse of worship. Using hymns of worship and prayer to protest and make one’s issues known, I believe, is violating the intent and purpose of worship. These women are contending to become leaders of worship and then show a lack of discretion, in my opinion, by using songs as “Lord, Listen to Your Children Praying,” “Jesu, Jesu, Fill Us with Your Love,” and others for their own purposes. One of the demonstrators was quoted in the Grand Rapids Press: “The protest was intended to ‘put a face on the issue so that they don’t deal with it in the abstract.’” The fact that women have many gifts is often an argument used by speakers and writers for placing women in the offices of elder, minister and evangelist. In my judgment, one gift which was lacking in the protest was wisdom.

Just as God gave Israel their first king when they kept demanding and insisting on a king, God may well give supporters for women in office their way to have women ordained into all the offices of the Christian Reformed Church. With all the verbal and nonverbal defiance against the synodical decision, the anger, and the determination which were evident on the floor of synod, in the protests, and in the comments made to the media, my hope is that it doesn’t become a situation where people aren’t willing to make their wills fit God’s will, and God finally gives the people what they want. The CRC will likely continue in one form or another but if it ordains women to the governing offices of the church, (and that is contrary to His revealed will), there will be consequences for the CRC as there were for Israel.