I was driving back to Lexington from Georgia. The traffic was horrible as all the spring break escapees were returning to the prisons of routine. As I watched thousands pass by, I silently wondered, “How many of these people really understand what is happening to this nation and Western civilization?” The world, as we have known it, is quickly crumbling. The walls are coming down. Some will cheer the collapse; indeed, they have worked hard for it; others of us will weep. 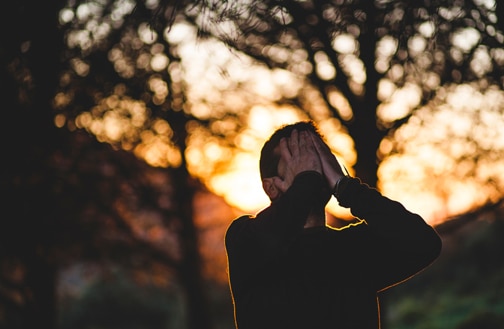 Need some proof? Recently the U.S. Supreme Court actually debated the outlawing of partial birth abortion in Nebraska. This is the procedure whereby a baby is all but delivered with only half of its head remaining in the womb. The doctor penetrates the back of the child’s skull with a sharp instrument, thus ending his or her life in the most gruesome of methods that by any rational definition is nothing short of barbaric.

Yet the highest court of our land “debated” whether or not to ban such a procedure. That’s like debating whether people over 60 should be allowed to live—it’s so self-evident it’s not debatable. Yet,…Justice John Paul Stevens said the partial-birth procedure was the most appropriate for the 10 to 20 women a year who needed it. (How would he know?) Justice David Souter said it appeared to be “cavalier” for such a law to override the judgment of doctors in the matter. Justice Ruth Bader Ginsburg said, “The law does not take the health of the woman into account and does not further the life of the fetus (“fetus” is a euphemism for “baby”) since other abortion methods would be used anyway.”

So another wall of our civilization crumbles before our eyes and we, the people, seem content to drive on to our next destination far more concerned about the price of gas than the price we will pay if infanticide is allowed to continue.

Great, long stretches of the wall of Western civilization came crashing down as the Supreme Court of Vermont recently deconstructed the most basic of human institutions. “…The law, when signed, will be the first of its kind in the United States. It would allow same-sex couples to go to their town clerk to obtain a license that would be certified by a judge, justice of the peace, or clergy member. Partners would gain all the benefits the state confers through marriage.” What God has established for the good order and well-being of society (not to mention its continuance), we defy to our own peril.

What next? Well, our Constitution says absolutely nothing about a “wall of separation between church and state.” The words are found in a private letter that Thomas Jefferson wrote to a friend, and yet Ohio’s motto, “With God, all things are possible,” is said to violate the U.S. Constitution because it is a government endorsement of religion, according to a federal court ruling on April 25.

The Sixth Circuit Court of Appeals in Cincinnati sided with the American Civil Liberties Union, which argued that the words endorse Christianity, news reports said. Ohio took the motto from Matthew 19:2 where Jesus said, “With man this is impossible, but with God all things are possible.” The state argued that the motto does not compel people to believe anything. Take a poll and find out how many have converted to Christianity because of this motto.

The culture war rages on. Sadly, too much of what parades as “Christian” in terms of church and people looks suspiciously unchristian from a face-value reading of Scripture. So, we drive on in blissful stupor. We see no evil. We speak no evil. We don’t even vote much anymore. And one day we just may wake up…and wonder what happened to our nation.