I still don’t like being told I’m wrong. I’ve learned to take it-but like most people, I prefer compliments. So I won’t pretend I felt good about a recommendation recently from an ad hoc committee of the Evangelical Press Association that WORLD magazine be called on the carpet. It isn’t yet an action of EPA itself, or of its board of directors. So far, it’s just a proposal from a three-person committee.

A complaint against WORLD had been filed with EPA by Zondervan Publishing House and the International Bible Society. They were responding to our stories about their plans to revise the New International Version of the Bible to make much of its language more “gender inclusive.”

A few of Zondervan’s and IBS’s complaints against WORLD were trivial. Others were contrary to fact. Some, offered in the right spirit instead of in a posture of resolute denial, might have produced fruitful discussion. But not a single one of the complaints identified a particular element of our stories, marked it off, and said: “This is false.” 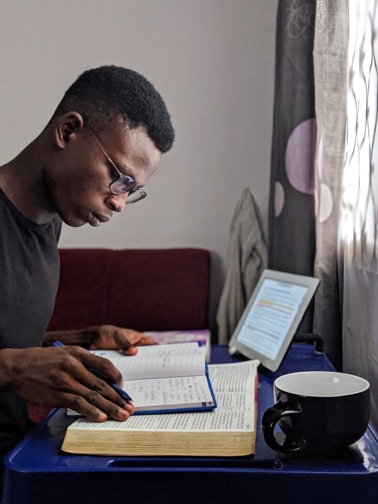 Yet now an ad hoc committee of journalism professors and free lancers has issued a public report tarring WORLD’s work with phrases like “falls seriously short of upholding the EPA Code,” “gravely incomplete,” and “one-sided and dismissive of responsible alternatives.” The report includes at least one demonstrably false statement (claiming that “no opposing views were presented by WORLD”), and blatantly quotes WORLD’s editor Marvin Olasky out of context. Although the report says it was “inexcusable” for WORLD not to interview someone from Zondervan for its first story (WORLD had extensive followup interviews with Zondervan and carried a sidebar column titled “Zondervan’s view”), no one from the ad hoc ethics committee ever talked to anyone from WORLD before issuing last week’s highly charged and very negative statement.

The whole report is to us a professionally sloppy performance by people we have regarded as colleagues and friends. (Readers should know that I have served for the last four years on the EPA board, and in May ended a two-year term as EPA’s president.)

So why are WORLD’s wrists being slapped like this in public? It is because of the perverse assumption, now so dominant among evangelicals, that feelings, attitudes, and relationships are all more important than truth. Unity is a higher priority than orthodoxy. Division, even for truth’s sake, becomes the most offensive of heresies. Church officers who call for church discipline are thought to be more guilty than those who need to be disciplined.

All this is particularly critical during a time when historic understandings of God’s Word are being challenged. In my lifetime, four profound issues have separated the “Word-affirmers” in evangelicalism from the “Word-doubters”: Creation, feminism, homosexuality and universalism. They are not the only issues of concern to evangelicals, of course—but they demonstrate in classic manner our approach to the Bible. In all four cases, the debate starts with Satan’s question in the Garden of Eden: “Has God really said?” In all four cases, the debate ends with murky ambiguity being spread all over what we once thought was clear.

So when, in these debates or others, someone rocks the boat by claiming—as WORLD does—that a point of view at odds with traditional Biblical thinking is being promoted, the response is quick and thunderous: “You’re being divisive!” Never mind what the truth of the matter is “You’re spoiling the party.”

Remarkably, the report of EPA’s ad hoc ethics group is totally silent about one word in EPA’s ethics code: the word is “truthfulness.” Like all WORLD’s critics during this debate, it’s the one issue the committee couldn’t discuss. For WORLD’s reporting was overwhelmingly truthful. Every circumstance and every discovery since our stories appeared has demonstrated their truthfulness. That’s why Zondervan and IBS wisely chose on May 27 to abandon the plans they had to produce the very kind of Bible WORLD’s stories described.

In fact, WORLD treasures both relationships and truth. But in a showdown between the two, we’ll go with truth any day of the week. WORLD ruffled evangelical feathers not by falsely accusing the NIV folks of something they weren’t doing; we ruffled feathers by telling truthfully what they were doing. Because the truth wasn’t terribly convenient, and wasn’t what some evangelicals wanted to have pointed out, Zondervan, IBS and others went into denial—and the whole evangelical world felt the wound of division. The ethics committee tries to hold WORLD responsible for that division.

But WORLD didn’t produce that division. We only reported it. It’s a division that pervades evangelicalism. So it’s also a division within the Evangelical Press Association, where member publications toy editorially with evolution, feminism, homosexuality, and universalism (yes, we have examples), but are never charged with violating the organization’s standards. Only a spirited defense of the historic view of the Bible seems to earn that kind of sanction.

Sure, what’s happened over the last few weeks divides. But the kingdom of God is damaged more by falsehood than it is by division. I’m sorry for bruised feelings but I’m not sorry that efforts to bend God’s words have in this instance been thwarted. From the bruises of these sharp exchanges, we can recover quite soon. But from the bruises of trying to live by words that only pretend to be the actual words of God, there might be no recovery at all.

This article was originally published in the July 1997 issue of WORLD Magazine, and is used with permission.