Without a doubt two of America’s most publicized Protestant clergymen are Dr. Billy Graham and Dr. Norman Vincent Peale. Each receives an unusually great deal of “copy” in the nation’s newspapers and magazines. The people who write the news and magazine features have found a rich source of material in these two colorful and energetic men. And by far most of the copy runs from the mildly complimentary to the warmly enthusiastic.

One of these two popular clerics came in for a little different kind of treatment recently. “Some Negative Thinking About Norman Vincent Peale” is the eye-catching title of an extensive critique of the ideas and counseling methods of the pastor of the Marble Collegiate Church of New York City. The title of the article is a play on the title of the highly popular best-seller by Peale. The Power of Positive Thinking, a book which has sold more than a million copies. The article appears in a well-edited magazine called The Reporter, published every other week by the Fortnightly Publishing Company of New York City. Its author is William Lee Miller, professor in the Department of Religion at Smith College. The article appears in the issue of January 13, 1955.

The author makes clear that he has read all of Peale’s books. But he hastens to add that this is not at all necessary for an under. standing of Peale’s thinking. In a sharply critical commentary Miller points out that much of the contents of the various books is interchangeable. He suggests that the paragraphs could be shuffled and switched around in almost any order. The examples that Peale uses to illustrate his positive pointers bear a rather startling sameness. Most of them are “successful” business executives or other people who have got to the top of the ladder of success as the average American understands that term. The undersigned also has had occasion to notice in reading Peale that the New York clergyman seems to like to leave the impression that he keeps company with the world’s great.

Miller bores in deeper when he characterizes Peale’s “positive” thinking as follows: “The idea is that affirmative attitudes help to make their own affirmations come true” (p. 20). An example of this formula is given by Miller from Peale’s TV program. A child comes to the preacher with worry and sleeplessness over the H-bomb. The dreadful stories about this terrible thing have upset the child. Peale’s “positive thinking” comes quickly to the rescue. He is quoted as saying to the troubled child, with a positive pat on the head, “Don’t be afraid; God will take care of you; no H-bomb will fall on New York.” Miller rightly insists that there are things in life about which we may and must have concern. Certainly no amount of “positive thinking” can actually deflect the course of an H-bomb if the enemy sets it on its way toward the towers of Manhattan!

Peale’s critic presses the point that some· times problems are very real and must be faced. The tendency of the method of the highly successful New York preacher is to minimize the reality of problems. His method is charged with the anti-intellectualism that has so characterized our day. Any serious thinking on life is bound to stir some negative thinking. The problem of sin and evil is not dealt with properly by the method of Mary Baker Eddy or by any other method that approximates her heresy. 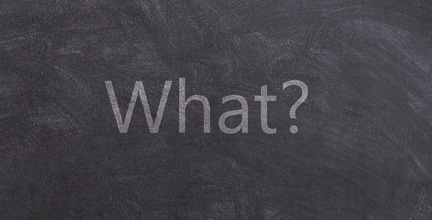 We are not surprised to read that psychiatrists and other people who deal with the serious problems of people are critical of Peale’s methods. He tends to encourage the dismissal of problems rather than a straightforward facing of them. Says Miller: “Men who are working to relate psychiatry to pastoral counseling say he has set their work back many years. The heart of the criticism is that Dr. Peale short-circuits the difficult processes of psychological healing; he promises quick, painless, and complete ‘solutions’ to problems which may be deep and complex, and which may require real discipline and professional treatment.”

It is to he remembered that Peale is the pastor of a church committed to the Reformed faith. What part docs this theological commitment play in his thinking and work? The answer appears to be: Not much. Miller is of the opinion that “Dr. Peale is apparently free of obligation to any intellectual tradition or framework of interpretation antecedent to that which he works out to correspond exactly to the climate of opinion and desire in which he preaches. It is quite difficult to find any place where the more profound claims of historic faith have affected his vigorous, beaming, eminently successful, and resolutely cheerful message.”

From Miller’s sharp critique it would appear that the highly successful Dr. Peale dispenses attractively colored and invigorating psychological pills in a box bearing the words THE CHRISTIAN RELIGION. It would appear that in actuality the real essence of the Christian religion does not get beyond the printing on the box.

The views of Karl Barth will no doubt receive increasing attention in Reformed circles in this country. Reference to just one development is sufficient to give force to this prophecy. Dr. C. C. Berkouwer of the Free University of Amsterdam has recently written a book entitled De Triomf der Genade in de Theologie van Karl Barth (The Triumph of Grace in the Theology of Karl Barth ). What this event means in the evaluation of the thinking of Barth in this country remains to be seen. Watch the reviews.

A suggestion of what may be forthcoming in some quarters appears in one of the theses or propositions (stellingen) which the Rev. Harry Boer of the United States chose to defend at the ceremony at which he recently received his doctorate from the Free University. His thirteenth thesis or proposition is as follows: “The well-nigh purely negative attitude of substantial Reformed and other evangelical circles in America to the theology of Karl Barth is, notwithstanding extensive strictures that must from a biblical point of view be made on it, not warranted by the penetrating and Christian character of that theology.” The curious juxtaposition of the phrase “extensive structures…from a biblical point of view” and the label “Christian” stirs a lot of questions in one’s mind. It will be interesting to watch the reaction that may be occasioned by the bold challenge contained in the thesis.

Here is a sample of the kind of criticism of Barth that Dr. Boer thinks is “not warranted.” About a year ago Dr. David Hedegard of Sweden wrote as follows in The Reformation, Review (January, 1954), official organ of the International Council of Christian Churches: “In conclusion it must be said that Barth’s theology is no new orthodoxy. It is in fact a new and worse sort of modernism. It is worse even than the old modernism. The old-fashioned modernists often questioned or denied all the fundamental doctrines of the Bible, but all of them thought that at least some historical facts—some incidents in the life of Christ, and some of his teachings—were indispensable for Christianity. Barth, on the other hand, calls everything in the Bible in question by his attitude to the so-called ‘form-criticism’ of the Gospels, and by his idea of ‘primal history’” (p. 19). Hedegard would seem to be putting his finger on the central issue, namely, the place and authority of the Scriptures in Christian theology.

By this time most of our readers are aware of the fact that Dr. James Daane of Los Angeles has written a sharp criticism of the thinking of Dr. C. Van Til on the subject of common grace by way of a book entitled A Theology of Grace. No review of this book has stirred as much comment as has that of S. J. Ridderbos of Amsterdam appearing in the February, 1955 issue of The Reformed Journal. Dr. Ridderbos is a minister in tile Gereformeerde Kerken and is to be distinguished from H. Ridderbos, professor of New Testament at Kampen, and from N. Ridderbos, professor of Old Testament at the Free University.

Dr. Ridderbos is the author of a booklet entitled Rondom Het Gemeene Grane Probleem. In this work Ridderbos has expressed himself critically on some points in the common grace thinking of Dr. C. Van Til But Dr. Daane’s criticism of Van Til is too drastic for Ridderbos. After a gracious introduction, he proceeds very quickly to give the temper of his reaction to Daane’s work with these words: “His (Daane’s) criticism…begins almost from the very first page, and that in such a hefty manner, that as Hollander one is inclined to ask himself whether ‘inquiry’ (in the sub-title of Daane’s book) should not be translated by “inquisition’.” Ridderbos says furthermore that “Daane’s book ought really to be read backward. That is to say, when one accepts Daane’s personal conclusion (Van Til de facto denies common grace) one will also regard as suspect expressions of Van Til that are in themselves innocent. One will then also be able to agree more readily with interpretations that Daane makes which convey the impression of being forced.”

Ridderbos concludes his review with a little lecture that is worth repeating. “Personally,” says the Amsterdam pastor, “I detect in this criticism the same spirit with which I am only too well acquainted in The Netherlands: drawing consequences for another, and driving him into a position where he does not wish to stand. We have in The Netherlands experienced the fatal consequences of this manner of living with one another. I hope that our American friends will not allow the lessons of this . little edifying example to be lost upon them.”

This review makes very interesting reading when it is placed alongside of another opinion regarding Daane’s book and also coming from The Netherlands. In the Gereformeerde Weekblad of July 23, 1954, Dr. G. C. Berkouwer wrote as follows: “Het komt mij voor, dat het hem niet gemakkeliik zal vallen de kritiek van Dr Daane to weerleggen.” For the benefit of those of our readers who cannot handle the Holland language we translate as follows: “It seems to me that he (Dr. C. Van Til) will not find it easy to answer the criticism of Dr. Daane.” On this score at least it seems that there is a difference of opinion in Amsterdam.