In this month’s column we shall give some attention to what others arc think. ing on Paul Tillich and “the Unity We Seek.” The two are not as unrelated as may at first appear.

Paul Tillich, University Professor at Harvard, is one of the most influential dialectical thinkers in the United States today. His writings are voluminous and his influence is increasing of late through his many public lectures. We shall note what others are saying about his concept of revelation. Three articles arc quoted below from current periodicals, and all three agree in a negative criticism of Tillich’s position. 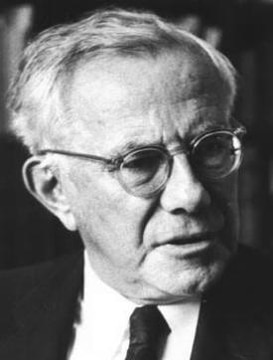 “A Critique of Tillich’s Ontology” is a respectable article from John E. Skinner of Temple University (Anglican Theological ReView, January 1957, pp. 51–61). Although Tillich stresses the need of “revelation” to answer the basic question of every age, Skinner contends that for Tillich “ontological reason and the content of revelation arc the same.” After a careful analysis, Skinner concludes that “Tillich is faced with the same theological difficulties as the Alexandrian theologians whom he admires.” He equates ontological reason with the content of revelation. Christ is the final revelation. Christ is therefore a kind of reason. He is the Logos of Alexandrian speculation. Faith in Christ is a rational faith where autonomous reason is united with its depth.”

A Roman Catholic critique of “Paul Tillich and the Bible” comes from the recently ordained Jesuit, Avery A. Dulles, son of our Secretary of State. Young Dulles, a teacher at Woodstock College. writes in the influential Jesuit quarterly Theological Studies (September, 1956). Dulles maintains that Tillich totally rejects the supernatural and docs not regard God as the Absolute Being, distinct from the creatures, since he does not admit the analogy of “being” in the scholastic sense. However, Dulles as a Catholic agrees with Tillich that the Bible is not “the sale source of Christian theology” and also that “the Bible is not itself the theological norm” (quoted from Theology Today, January, 1957, p. 533).

Writing from a Reformed point of view, David H. Freeman gives a brief analysis of Tillich’s view of revelation in an English article appearing in the Gereformeerd Theologisch Tijdschrift (57e Jrg. DO. 1, pp.15). Freeman refers to the doctrine of God and of Jesus Christ in order to set forth tho revelation concept. “From the standpoint of traditional theism, Tillich is an atheist,” says Freeman. “Tillich’s God is not a supernatural God, but a meaningless abstraction.” “Tillich’s criterion of a final revelation, that it be able to negate itself without losing itself, is purely speculative. What criterion can be offered for the acceptance of this criterion?…Tillich’s construction of Jesus as the Christ is presented on speculative grounds, not on the basis of exegesis of the New Testament. The latter is interpreted in terms of a criterion which is imposed on the New Testament….Tillich’s view of Jesus as the Christ is the very opposite of that presented by the New Testament and is achieved by rejecting by means of a priori criterion the authority of everything finite in Jesus. What such elements include are known only to Tillich. The New Testament makes no such distinction.”

Although the following statement is a correct judgment made by Freeman, I would prefer to see it stated in reverse: “If the term ‘Christian Theology’ is appropriate as a description of Tillich’s theology, clarity demands that a new term he introduced to designate such theology which derives its content from the Biblical writings as an authoritative source.”

Tillich and the Protestant Principle

It would be surprising if one whose view of revelation is unbiblical had nevertheless correctly understood the Reformers. The Reformation cannot be appreciated unless one recognizes the obedient return to Scripture which was its basis. Liberalism has usually claimed that it was simply a method and involved no doctrine. In a similar way Tillich claims that the Protestant Reformation involved no real doctrines but only an eternal principle. That unchanging principle is “justification by faith” which to Tillich means simply the dialectical statement “you are accepted though you are not acceptable.” It is true that the sinner who is justified by faith is still a sinner, but Tillich makes this to mean that one can be justified by faith even when he is a doubter—one who doubts even the existence of God. Without this paradoxical principle, he says, he could not be a theologian.

In a recent address at the University of Minnesota in a lecture series marking the centennial of the birth of Sigmund Freud, Tillich illustrates the application of this so-called “Protestant Principle” by bringing Freud into the circle too. Freud’s “discovery of the unconscious with scientific means continued the understanding of man most powerfully expanded by Paul, Augustine, Luther and Calvin. It showed that man is in bondage to something that contradicts his true nature, and that man’s decisions are not just the result of his conscience…By his doctrine of love he did a service to Christianity…He taught again ‘You are accepted though you are not acceptable: This is the center of the biblical message and the Protestant Reformation.” (Christian Century, Feb. 20, 1957, p.239).

Ecumenical Stimulus Neo-orthodoxy has, in general, given a great stimulus to the ecumenical movement. The basic thesis of Tillich’s thought also gives impetus to the ecumenical movement. He has written, for example, that “the Christian Church can speak authoritatively and effectively to our world today only as it is truly ‘ecumenical,’ that is, universal” (The Christian Answer, p. 43). According to Tillich, this is not so much because of the nature of the Church or because of some biblical injunction. Rather it is desirable chiefly because the philosophical task of describing the world situation can best be accomplished by a universal church. In this connection it is interesting to be reminded of the sour note sounded by Europe’s most influential dialectical theologian at the opening session of the World Council of Churches in Amsterdam in 1948. The text was Isaiah 8:10, “Take counsel together and it shall come to nought; speak the word and it shall not stand.” Barth’s sermon was a homily on the uselessness of all such human efforts as the World Council symbolized. We are reminded of this in a book soon to be published, The New Ordeal of Christianity, by the late Paul Hutchinson, former editor of the Christian Century. Hutchinson felt that “the debilitating nature of his (Barth’s) theological outlook” linked to the influence of fundamentalism and numerous millenarian sects spell the “reason for the hopelessness and despair which pervades much of European Protestantism today.” (Excerpts from the book appear in the article “Protestantism in the Crisis of These Times, Part 1,” Christian Century, March 13, 1957). The emphasis of Tillich on ecumenicity better fits the temper and the activism of the general American spirit.

The Nature of the Unity…

The next major ecumenical conference in North America will he held at Oberlin College in Ohio from September 3–10, 1957. Its theme will be “The Nature of the Unity We Seek.” Just prior to this Faith and Order Conference, the Fourth National Triennial Conference of the Interseminary Movement will be held on the same campus for one thousand seminarians (August 27–September 1, 1957). Its related theme will be “The Nature of the Ministry We Seek.”

Preliminary conferences and study groups are preparing for the Faith and Order conference. Major periodicals are already devoting much space to considering the issues and differing viewpoints. It is imperative that orthodox Protestants take careful note of all this in order to evaluate properly the ecumenical movement of our day. Orthodox Protestants must do this by a renewed study of the issues in the light of the Word of God, and articles and study conferences should be the fruit of this interest as well.

The Christian Century has already devoted a number of articles to the subject. The editors have given space to views differing from their own, but complain that “the effort has not been altogether successful. Some have so far misunderstood our purpose as to wonder if we are turning to fundamentalism. Fantastic!” (Feb. 20, 1957, p. 22). The following statement from the editorial sounds like the ecumenical creeds of the Church: “The only hope of unity between Christians is found in Jesus Christ, the Son of God and the only head of the church. Only in this confession has it been possible for the World Council of Churches to be formed, for the National Council of Churches to come into existence and grow.” But the eyes of orthodox Christians are at once opened when to it is joined a sharp criticism of fundamentalism. “But what has this hard-core of fundamentalism to say concerning Christ? Only that he was born of a virgin and will reappear in a second coming, and that those two matters and no others are really essential to a valid allegiance to and faith in Jesus Christ as the Son of God. Nothing in his teaching, nothing in his death or resurrection, nothing in all his wonderful revelation of tIle will and purpose of Almighty God, nothing in his relation to history or eternity, is to be compared in importance to the two articles of the fundamentalist creed about Christ. It is this misrepresentation of Jesus Christ which makes fundamentalism fundamentally anti-ecumenical, basically disruptive and incapable of seeking or of finding unity…” ( pp. 222–223).

In the light of such caricature, it is at least apparent that orthodox Protestants face the challenge of restating their position and making clear their basic stand. Reformed churches have been too silent in the debates marking our contemporary scene.

Although articles are appearing in most of the periodicals on the “nature of the unity we seek,” special attention is called to the following recent journals which devote most of their content to this subject: The Christian Scholar (December 1956); Theology Today, January, 1957; and Religion in Life, Spring, 1957.