Dr. W. Stanford Reid (Professor of History at McGill University, Montreal) has written a stimulating article on “Calvin and the Founding of the Academy of Geneva” (Westminster Theological Journal, November, 1955, pp. 1–33). Calvin is known of course for his reformation of the church, but not so much for the reformation of the school. Professor Reid describes the general character of education in the sixteenth century, the first attempts at reformed education in Geneva, the founding of the Genevan academy and the principles governing it. In an appendix, “The Order of the College” is reproduced, which gives a fascinating picture of the rules governing the administration of the original “Calvin College.” From his study of John Calvin’s reformation of the school, the author concludes with the following challenge:

“. . . if there is ever to be any great Calvinistic revival, it will come, and will continue, only if it is firmly based upon sound educational principles which enable it to wrestle with the problems of contemporary thought. Running away from the issues raised in modern philosophy, science and history will not solve the problem. Rather, the Calvinist must be prepared to take what the non-Christian world has discovered and thought, in order that he may re-interpret this knowledge sub-specie aeternitatis (under the aspect of eternity, i.e. in the light of God’s Word, FHK) and use it to glorify the eternal Triune God.” p, 21. 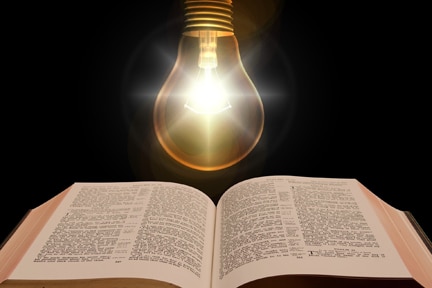 An eye-catching golden cover on the December issue of Concordia Theological Monthly symbolizes the magazine’s golden anniversary. This journal, which claims to be one of the oldest American theological publications, is produced by the Missouri Synod Lutheran Church. The journal was begun in 1855 in the German language under the name Lehre and Wehre. In 1930 it adopted its present name and now has a monthly circulation of 4,500 copies. The December issue gives interesting aspects of the history of this publication. Although the journal has changed editors, committees and language, the editor adds, “but it did not shift to new theological foundations. Thanks be to God.” We congratulate this voice of historic, orthodox Lutheranism.

The Missouri Synod Lutheran Church is demonstrating its vitality in cooperating to make the writings of Martin Luther available for the first time in a complete English edition. The writings of Luther are to appear in 55 volumes during the course of the next fifteen years. Concordia Publishing House of St. Louis, Missouri, will publish the thirty volumes of Luther’s commentaries at the rate of about two per year. The first appropriately appeared on Reformation Day, 1955. The Muhlenberg Press of Philadelphia will publish the other volumes containing Luther’s sermons, letters, tracts and table talk, the first volume of which is promised for the spring of 1957.

Do We Need a New Theology?

An interesting symposium between Nels F. S. Ferre, Paul Tillich, Cornelius Van Til and Alden D. Kelley appears in the scholarly quarterly, Religion in Life (Winter, 1955–56, pp.5-34) under the title,

“Where Do We Go From Here in Theology?” Dr. Ferre (Professor of Philosophical Theology in the School of Religion, Vanderbilt University, Nashville, Tennessee) introduces the subject by stating that the need for a deeper American theology was recognized at Evanston, And since Europeans are too tired, Ferre says they are looking to America for an effective theological revival. Ferre begins with an evaluation of existing types of theology, He places “Fundamentalism, the High Church wing, and ‘Barthian’ biblicism” together because they stress “objectivity, or something external to our faith as being its standard.” Then he discusses the two movements of Liberalism and Existentialism which “magnify the subjective, Our inner response, or our “existential involvement.” The new theology which Ferre suggests must be a combination of the good in all of these. A genuine and creative theology, he contends, must put “full stress on both objectivity and subjectivity, and both within the organic necessity of truth. The Christian Revelation alone can provide the whole truth for life.”

Paul Tillich (University Professor at Harvard and Harvard Divinity School) criticizes Ferres, superficial use of the terms objective, subjective and supernaturalism. Tillich reaffirms the need for an existential theology, which is not a matter of a system, but “a matter of questions, not of answers.” In its positive answers it turns to other traditions and when it does this with relation to the Christian thought of the Bible and the Church, it does so symbolically. The literal meaning makes God finite. (On Tillich, see also the reference in Time, January 9, 1956, p. 40.)

The third contributor to the symposium is Dr. C. Van Til of Westminster Theological Seminary. He points out that the position which Ferre recommends is essentially a modern position. Van Til contends that although Ferre attempts a theology which is “beyond Fundamentalism and Modernism” but in which each yet retains its own distinct values, it is really orthodox Christianity (Fundamentalism) which has most to lose. He shows this by following the main doctrinal statements of the Westminster Shorter Catechism. Van Til goes on to show that the historic position of orthodox theology is relevant to the modern situation.

The symposium ends with a plea for an ecumenical theology by Dr. Alden Drew Kelley (President and Dean of Seabury Western Theological Seminary, Evanston, Illinois). Kelley asserts that Ferre actually answered the question “what do we go back to?”, and did so with an answer in the “general tradition of Protestant pietism.” Kelley summarizes his ecumenical desire in this practical way: “The new theology will be the effect of a new life together in Christian oneness with each other and with Christ, and not its cause.”

Another current article related to the question of reevaluation of theology is; “Theology Beyond Paradox” by Arnold B. Come, Religion in Life, 1955–56, p. 35-46. John A. Mackay in an article on “Protestantism” (Presbyterian Life, December 24, 1955), also concludes with the demand for an ecumenical theology.

A New Volume from Karl Barth

“The old man of Basel” has added a tenth volume to his already extensive Kirchliche Dogmatik. The new volume, IV/2 Die Lehre Von Der Versoehnung, carries on the discussion of the “doctrine of reconciliation” as it relates to “Jesus Christ, the servant as Lord.” In the foreword Barth states that this volume may be considered an attempt to give an evangelical answer to the old and new Roman Catholic doctrine of Mary. (p. vi). This is done indirectly, however, as he sets forth what he considers to be the protestant position and thus indicates that the Roman doctrine is unnecessary. On another page Barth emphasizes that there has been no real change in his thought. He states that he knows of no major errors or contradictions and apart from minor details there is no need for retraction. He warns against speaking of “the new Barth” as some do, as if there have been radical changes and no assurance as to the final outcome. (p. viii).

Barth also adds that preViously his anger against the Dutch nco-Calvinists had been too general He comments favorably upon the way in which Prof. Berkouwer dealt with him in his recent book, The Triumph of Grace in the Theology of Karl Barth (Eerdmans translation due early in 1956). It appears from this, says Barth, that discussion is again possible with the Fundamentalists, that is “with the exception however of the cannibals (‘Die Menschenfresser’) among them,” one of whom (C. van Til??) recently called his theology the greatest heresy of all time. (p. x).

This is not the place for comment upon the content of this large volume (982 pages). but perhaps reference may be made in passing to just one passage on page 588 in which Barth very strongly and clearly differentiates his position from that of Calvin on the subject of election and the work of Christ.

The Free University Quarterly for November, 1955 contains an article in English from Professor Zuidema of the Free University. whose special 6eld of study is contemporary philosophy. Zuidema writes on “The Idea of Revelation with Karl Barth and with Martin Heidegger.” It is essentially the “pattern of thought, not the content of their systems” which the author compares. In spite of the differences between them. Zuidema finds in Barth and Heidegger a “fundamental identity in their ideas of revelation” which is “based on their fundamental anti-subjectivistic and anti-rationalistic views,” (p. 83). Then in response to the question, “What is the reason that Heidegger arrives at neo-paganism along this path, and that Barth, going the same route, does not even surmise the possibility of neo-paganism?” Zuidema answers as follows:

It is due to the fact “that they root in the same soil, that unconsciously, they start from a same a-priori conviction that cannot be justified by their irrationalistic and anti-subjectivistic way of thought and which conviction would break to pieces on the necessary pre-supposition of their pattern of thought.” p. 84.

Zuidema concludes his article with comment upon Barth, stating:

“that the pattern of thought, after which Barth, drew his Christian theologic idea of revelation has no single defense against an absolutely neo-paganistic religiosity….As apologetic weapon it will work as a boomerang towards those that handle it.” p. 84.

It is to be noted that this article can be best understood when read along side of its Dutch original, which appeared later with slight differences in Philosophia Reformata, XX, pages 162–175. Professor Zuidema adds that his article should be read in relation to a former article of his entitled “Theologie en Wijsbegeerte in de ‘Kirchliche Dogmatik’ van Karl Barth” (Philosophia Reformata XVIII, pp. 77–138).

Christianity and Science Attention is called to the fact that the Free University Quarterly of November, 1955 contains various articles on this general subject. We have space only to list the titles and their authors, but all of them are worth careful study. “Christian Faith and Science” by C.C. Berkouwer, p. 3–10. “Science, Its Nature, Its Possibilities, and Its Limitations” by I.A. Diepenhorst, pp. 11–37. “The Limits of Physics” by C.C. Jonker, pp. 56–65. “The Changing Face of Medicine” by G.A. Lindeboom, pp. 66-70. More theological in nature are the following articles in the same periodical: “Calvinistic Hermeneutics” by F.W. Grosheide. pp. 38–42.

“General Revelation and the non-Christian Religions” by J.H. Bavinck, pp. 43–55.