“The healthy personality actualizes himself within and in effective rapport with the framework of reality as God has ordered it.” That is the general definition of a healthy personality that we gave in our previous article in this series (August–September, 1952 issue). It was further stated that the mentally ill person is one who “in some considerable measure fails to do what this general statement asserts.”

Why do some people fail to meet the demands of their total life situation? Why cannot some people keep in step with life? Why must they retreat from the line? The intent of this article is to give a two-pronged general answer to that question. There is a third element in this general answer. There are those who cannot keep in step with life because they are mentally deficient not because they are mentally ill (though they may sometimes be the latter also) . In dealing with this aspect or the whole problem of personality disturbances (February–March 1952 issue, pp. 15, 28ff.) we pointed out that personalities afflicted with such deficiency are not the concern oJ: this series or articles. We are dealing with those who are mentally ill.

What is Causing the Trouble?

In trying to clarify the answer we are about to present we can profitably look at something with which most o[ our readers are familiar, namely, car trouble. When the family car acts up and refuses to run as it is expected to, the cause of the trouble may be in one of two different areas of the workings of the car. The trouble may lie in the fact that something is broken or worn out. The battery may be “dead.” An important wire may be severed or its connection broken. There may be a break in the gas line. The “points” may be worn. Or there may be more serious breaks like stripped gears, broken piston or a break in the differential. Plainly all of these faults are of one kind. They have to do with the structure of the car. These are structural breaks, and it is these breaks that are interfering with the proper running of the car.

But your car trouble may be caused by an entirely different kind of fault. The spark plugs may be dirty. There may be water in the distributor. The carburetor may not be set right. There may be some foreign substance in the gas line. It is clear that such faults in the running of the car are very different from those previously mentioned. These faults are functional in character. They have to do, not with the mechanical structure of the car, but rather with the functioning of that structure. The machine is intact, it just doesn’t run right. 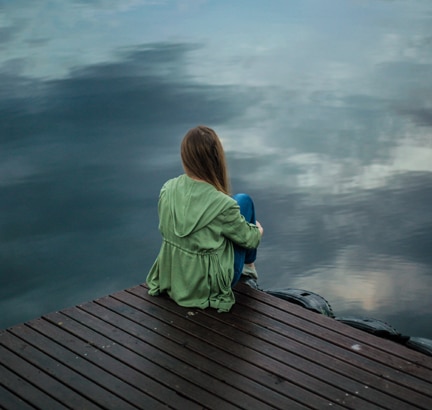 When a person cannot meet the demands of his total life situation (that is, of reality as we are here using that word), the reason for his failure to keep step with life lies in the main in either of the two areas suggested by the above illustration. The cause of the trouble may lie primarily in some damage to the structure of the body, especially and mainly that part of the bodily organism that has so much to do with our responses to the life situation, that is, the central nervous system, of which the brain and spinal cord form the main stem. When the mental trouble is caused primarily by some such physical failure, we speak of the mental state that results as an Organic reaction type.

On the other hand the mental trouble may not be traceable to any such disturbance of the bodily organism. Thorough physical examination reveals nothing that could explain the development of the mental disorder. In such cases the cause of the trouble lies primarily in the large non-physical area of the personality. As we hope to point out more fully later on the cause of this type of personality disorder lies primarily in the emotional life of the individual, in some twisted development of the life of the affect. Such faulty mental states are called functional reaction types.

The careful reader most likely took note of the use of the word primarily in the immediately preceding paragraphs. That word was used advisedly. The distinction between organic reaction types and functional cannot be looked upon as an absolute distinction. The inter-relation between the physical and the non-physical in man is much too intimate to allow for the erection of such a partition down the middle of something so intricate as the human personality. The human being is a unit. His personality cannot be broken up in to separate sections. The body and the soul together form the personality. And the one is always influencing the other. It can safely be asserted that even in the most refined spiritual exercises bodily processes are more or less subtly at work. We think of posture in prayer, for instance.

Furthermore, much personality illness of the functional type develops in periods in life when there are strong physical stresses bearing upon the individual. Significant physical and chemical changes are taking place in the body during the period of adolescence. Changes of this general type also take place during the period of the climacteric or menopause. without a doubt these physical stresses influence the mental state of the individual. However, these physical factors cannot in themselves serve as the cause of any mental disorder that may occur in such periods in a life history.

These questions get us into a debate that formerly received a lot of attention among those -interested in psychology. We are dealing with a theory of the emotions propounded by the celebrated American psychologist William James (died 1910) and a Danish psychologist named Carl Lange (died 1900) . In a word, the James-Lange theory of the emotions is that the awareness of the physical changes that are involved in an emotional experience is the emotion. This virtually amounts to saying that the physical changes are the emotion.

The factor of supreme importance in the emotional experience is the attitude toward some value (real or imagined), a value to be gained or lost. The blush may result from a sense of moral failure or of losing one’s prestige or social standing. Other emotional experiences may involve the value of personal safety or personal well-being or the well-being of those who play an important role in the emotional life of the individual concerned. A threat to the safety of a woman‘s baby will prompt an intense emotional reaction on the mother’s part.

Reaction to some value (real or imagined) to be gained or lost is the central core of the emotional experience. Such reaction involves the whole person, and brings with it intricate and also extensive physical activity. This reaction-to-a-value core of the emotion prompts activity by the adrenal glands, increased or decreased activity of the salivary gland, “upset” stomach, weak knees, shortness of breath, coloring of the face, running, jumping, falling, “freezing” on the spot, shrieking, laughter, crying, doubling of fists, popping of the eyes, accelerated pulse, bowel or bladder action, blanking out of consciousness, and, in extreme cases, even death. The central core of the emotion may also prompt mental activity. The mother of the delayed child may be “sure” that the child has been hurt.

Such a list by no means exhausts the possibilities for remarkable activity that can be occasioned by the emotions of man. The possibilities for remarkable physical and nonphysical activity are greatly increased when we consider a further question. What happens when the emotional life of the individual has not undergone a sound, healthy development? What happens when a lack of steady, nourishing love in early years, for instance, causes the individual to grow up with a tendency to exaggerate any threat to his safety or personal well-being? What happens when one’s emotional life in the important formative years has never known the meaning of quiet security, but has known only hunger for affection, frustration, loneliness and longing? What happens when one’s emotions have never undergone discipline under a steady and loving hand?

It is just such questions that lead to an understanding of what lies behind much personality illness of the functional reaction types. We cannot a t this stage pursue this line of approach further. In setting up the distinction between the organic and the functional we pointed out that this distinction was a limited one because of the intimate connection between the physical and the nonphysical in the personality. Another limiting factor must be mentioned here, a factor that has been receiving increasing attention. The difference between the organic and the functional is also affected by a constitutional factor. People are just built differently, are constitutionally different. Some people have more delicately developed nervous systems than others. Some people are “keyed” higher” than others. Such considerations have more than a little bearing on the manner in which such people react to the ebb and flow of life’s circumstances. The distinction between the organic and the functional must always be looked at against the background of this factor as well as the factor previously mentioned.

Some readers may feel that all these matters properly belong to the professional sphere of the psychiatrist. Why do we bother with them here? Such an attitude is mainly correct. However, this series of articles is being written with the pastor in mind. And he should be alert to the significance of tile leading distinction that has been made here. Our emotions and feelings are so prominently involved in all our inter-personal relationships the relationships between parents and children, between pastor and people, between teacher and pupil, between man and God. Since the pastor’s work carries an exacting responsibility for the spiritual welfare of his people, he should be intelligently aware of the crucially important role the emotions play in the whole life of the person. He is in a position to exert a marked influence upon the inner lives of his people. He should be sensitive to the proper exercise of spiritual emphases and techniques so that these emphases and techniques build rather than break down, strengthen the inner fiber rather than weaken it, enlarge rather than cramp, enrich rather than impoverish. He should strive to proclaim and administer the riches of God’s Word so that the power of God’s grace may be made perfect in our weakness, so that that Word may fill the hearts of God’s people with the peace that passeth understanding.