You may well wonder why an en­ tire lesson is devoted to this subject. Why bother about the meaning of a Hebrew word and a Greek word? Why not take up something “more practica”? The reason is this: just now it is very practical and useful to know whatever there is to be known with respect to the meaning of these two strange words, the Old Testa­ment Sheol and the New Testament Hades, for certain sects are constantly telling the people that due to a wrong translation of these words (and of Gehenna) the doctrine of hell, as a place of everlasting punishment, has taken a strong hold in the church. And so these sects emphasize that if only people would take the time to examine what these words really mean in the original, peace of soul would be restored.

Well, let us then follow their ad­ vice, and study these two words as thoroughly as is possible in one Out­ line (reserving Gehenna for later).

Now, the first erroneous view would be the belief that the Author­ized (or King James) Version is al­ ways right in its rendering of Sheol. When the Russellites point to “errors in translation” they are right in part. Anyone can see this for himself. For example, did the author of Psalm 116 really mean to say that “the pains of hell” had gotten hold on him? Does Isaiah, in the original and ac­cording to the context, actually in­ tend to tell us that the multitude of captives, together with their pomp and glory, descended into hell (see Isaiah 5:14)? When Jonah was in the fish’s belly, was he actually in hell (see Jonah 2:2)?

There is a second view which, as I see it, is also wrong. It is en­ trenched very firmly in the minds of many scholars and is found in Lexi­cons, Encyclopedias, etc. This second erroneous view is the belief that the Old Testament teaches that all men go to the same place when they die, a place neither of blessedness on the one hand nor of pain on the other hand, a region of the shades, to be taken very literally.

As I see it,the error is due to the failure to see that in many cases biblical language is to be taken figur­atively, not literally. The theory in question is therefore faced with all kinds of difficulties. If Sheol is the place to which all men go when they die, how can descent into that place be presented as a warning (Psalm 9:17; Proverbs 5:5; 7:27; 15:24; 23:14)? If Sheol is never a place of pain, how can Moses tell us that God’s anger burns there (Deuteronomy 32:22)? And if the Old Testament teaches that at death everybody goes to the dreary abode of the shades, why is . it that even in the old dispensation believers faced death with joyful ex­pectation (Numbers 23:10; Psalm 16: 9–11; 17:15; 73:24–26)?

A third erroneous view, rather popular also in some evangelical cir­cles, is this: Sheol is the underworld with its two divisions, one for the righteous and one for the wicked. But in the Old Testament a divided Sheol is nowhere taught. Psalm 9:17 does not say that the wicked shall be turned into a division of Sheol, but into Sheol. Proverbs 15:24 does not urge a person to avoid a certain compartment in Sheol, but Sheol it­ self. And we never read that at death God’s children went to this or that division of Sheol. The idea of Sheol with two divisions is derived from the pagan view of the under­ world. Neither Sheol in the Old Testament nor Hades in the New Testament has that meaning.

The fourth erroneous view is that of Pastor Russell. Though, as we have pointed out, he is partly right in criticizing the rendering that oc­curs in the Authorized Version, he is wrong in teaching that in that Ver­sion the rendering “hell” is uniformly wrong. And he is wrong especially in his own rendering. According to Pastor Russell and the Jehovah’s Witnesses after him, Sheol means Ob­livion or Non-Existence. That is en­tirely wrong.

You can see that for yourself in noticing what happens when you sub­stitute the word Non-Existence for Sheol .in such a passage as Deuter­onomy 32:22. Is the fire of God’s anger actually burning “unto the lowest Non-existence”? Can anybody make any sense out of that? 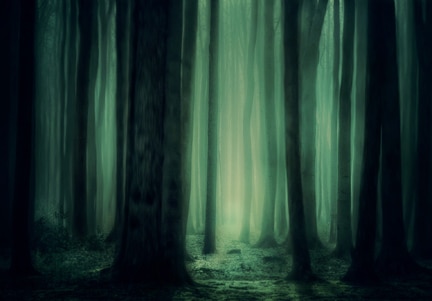 2 . WHAT I BELIEVE TO BE THE RIGHT VIEW

Sheol is the state or the place into which a person descends, whether literally or figuratively. As such the word has a variety of meanings, and in each separate instance of its use the context must decide what is meant.

c. In several other passages “state of death,” “disembodied existence,” may well be what is meant. But now note well: this state of separation be­ tween soul and body is then repre­sented as if it were a place (I Samuel 2:6), equipped with gates (Isaiah 38:10). Of course, all men do indeed descend into that place, conceived figuratively. Whether you are a be­liever or whether you are an un­ believer, in either case when you die your soul and body separate; hence, in that sense, everybody goes to Sheol at death. But the point to note is this: in no passage of either the Old Testament or the New is it taught that the souls of all men actually go to the same place, literally, at death. On the contrary, the Bible consist­ently teaches that at death the wicked are doomed forever and the righteous (in Christ, of course) are blessed forever.

3. THE MEANING OF HADES IN THE NEW TESTAMENT

In the parable of the rich man and Lazarus (Luke 16) Hades is not the underworld with two divisions, one of them being “Abraham’s bosom,” the other something else. On the contrary, Hades there means hell. It is the place of torments and of the flame (Luke 16:23, 24). So also hell may well be the correct rendering of Hades in Matthew 11:23 and in Luke 10:15, for here Hades is sharply con­trasted with heaven; hence, hell, probably in the figurative sense of thorough ruin. In Matthew 16:18 the thought may well be that not even all the demons streaming forth out of the gates of hell will ever be able to destroy Christ’s true church. In Acts 2:27, 31 the term Hades is interpreted by many as indicating that the soul of Jesus was not aban­doned to the state of death (disem­bodied existence). It means either that or the phrase “my soul” (accord­ing to a well-known underlying Hebrew idiom) simply means “me.” Thus construed, the entire passage (Acts 2:22–31) would point to the fact that Christ’s flesh (in contrast with David’s) was not left to see cor­ruption in the grave, but on the third day was gloriously raised. In the three Hades-passages in the book of Revelation (1:18; 6:8; 20:13, 14) Hades probably refers to the state of death. However, here again this state is represented figuratively, as if it were a place (to which Jesus has the key) or a person (who always follows Death, 6:8, and is at last cast into the lake of fire, 20:13, 14).

1. Why is the study of Sheol and Hades of some importance?

2. Describe and refute four erroneous views regarding the meaning of Sheol.

3. What do you regard as being the correct view as to the meaning of Sheal?

4. What rule must one follow in order to determine the meaning of Sheol in any specific passage?

5. What are the various shades of meaning of Hades in the New Testament?

1. Does the term Hades ever refer to the final state of the wicked after Christ’s second coming?

2. What does the American Standard Version do with the terms Sheol and Hades? Do you approve?

3. What is the main point of the parable of the rich man and lazarus?

4. What wrong had the rich man committed? Had he been a murderer, thief, adulterer? If not, why was he committed to hell?

5. Was Lazarus received by the angels into Abraham’s bosom because he had been poor on earth?