The late Wendell WiIlkie, once Republican candidate for president in 1910, wrote a reflection on his world tour entitled, “One World”. As a nation we seemed reluctant to realize the implications of the one world concept. World War II forced tho facts of life upon us so that our nation became a leader in the United Nations. Today’s space explorations have made practically every citizen sensitive to what his neighbors are doing in Moscow.

This interdependence is affecting American education. Our school systems are in competition with the other educational systems of the world. Dr. James Bryan Conant, formerly president of Harvard University and later High Commissioner and Ambassador to Germany, has just completed two years of research on the American high school. In his first report just released at the convention of the National School Boards Association, he does not despair of our public high schools but he does recommend some changes. Among these changes is the suggestion that we take our teaching of foreign languages seriously and teach them for four years in our high schools.

Our 82nd Congress recognized the need for a serious study of languages through appropriations for the development of language programs in high schools. The National Education Defense Act lists the study of foreign languages alongside of mathematics and science. Our own Christian schools are experimenting with the teaching of foreign languages in the elementary and junior high grades. If we are to spend years teaching a foreign language, now is a good time to ask what language that shall be.

The varied cultural complex of our American citizenry may have a significant bearing on this question. This country is populated with groups of people who live together sufficiently to reflect distinct ethnic cultures. A walk through Chinatowns in the great metropolitan areas will convince anyone that in our country we have transplanted cultures. A ride in the city bus demonstrates that many citizens arc bilingual. In our country’s effort to communicate with the foreign nations of the world, would it not’ be wise to capitalize on our resources here? Doesn‘t the presence of so many ethnic groups in our country uniquely qualify our nation for world leadership?

While the world is shrinking in size through rapid transportation and easy communication, we are witnessing, strange today, a rise of strong nationalism. Many languages will have to be learned if we are to communicate with the different nations. Russian education is already geared to meet this need. The American educational system, too, will have to produce citizens with competence in various languages. How can this best be done? Is it not the part of wisdom to use schools that serve a comparatively homogeneous cultural group to teach the language of that group? Pedagogically and economically it would seem the part of wisdom to teach Chinese-Americans the Chinese, Americans of German descent German, Polish-Americans Polish, etc. 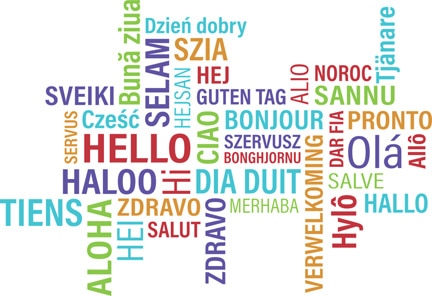 In some cases public schools serve such culturally homogeneous groups. In many cases religiously oriented schools not only had their origin in culturally homogeneous groups but continue to serve almost exclusively certain ethnic peoples. Roman Catholic schools are sometimes totally Polish-American. Other Roman Catholic schools a re predominantly Irish in background. Lutheran schools serve German-Americans. Our Calvinistic Christian schools by and large teach children of parents whose background is Dutch. If the respective languages represented in these various groups are to be taught in this country, should not the schools serving these different cultural groups teach the language of that culture?

It is altogether possible that Dutch is not the only language our Christian schools should teach. But certainly the time is ripe for a serious consideration of the question whether we should become serious about teaching the Dutch language to our young people. Dr. James Conant recommends a serious study of a foreign language for the upper fifteen per cent. Shouldn’t some committee either from the National Union of Christian Schools or from the language departments of Calvin College and Hope College, give us some guidance on this matter? I can see that both church and state would be enriched if the upper fifteen percent of our Christian school students would become competent in the use of the Dutch language. This would also hold for other ethnic groups if they taught their sons and daughters their respective languages.