(Does Gehenna Mean Annihilation Or Does It Mean Everlasting Punishment for the Wicked As To Both Body and Soul When Jesus Comes To Judge?)

1. THE ORIGIN OF THE NAME “GEHENNA”

Our English word “hell” indicates the place of everlasting punishment for the wicked. In the New Testament three words are used in the original: Hades (used ten times; see Outline XXXVIII), Gehenna (used twelve times), and Tartarus (used once). Of course there are also such synonyms as “furnace of fire,” “lake of fire,” “second death,” etc. But only Hades, Gehenna, and Tartarus are rendered “hell” in our English New Testament. Since we have already made a study of the word Hades, we shall now investigate the meaning of Gehenna, especially as it occurs no less than a dozen times.

Such a study is necessary, for we are being told that Gehenna should never have been translated hell; in fact, that there is no such place as hell. Gehenna simply means Annihilation, so say Jehovah’s Witnesses (the Russellites). Now if that be true then all our English and American scholars who translated the Bible have erred grossly; for whether you read the Authorized Version, the American Standard, or the Revised Standard, you will find that in every case Gehenna has been rendered “hell” in the text of these translations. Has there been a concerted plot to deceive the Bible-reading public? Is everybody out of step except the Russellites?

The best way to study the meaning of the word Gehenna is to investigate its origin. Gehenna comes from GeHinnom, that is, the land of Hinnom, a valley belonging originally to Hinnom and later to his sons. You will find this valley on any good map of Jerusalem (just south of the city and curving toward the west). Originally, no doubt, this was a fine place, a beautiful valley. But it did not remain so. It was in this valley that a high place was built. It was subsequently called Tophet, meaning, according to some, “place of spitting out” or “abhorrence,” according to others, “place of burning.” Either interpretation would fit very well. It would seem that in the top of this high place there was a deep hole in which much wood was piled, and that this wood was ignited by a stream of brimstone (see Isaiah 30:33) . The wicked kings Ahaz and Manasseh actually made their children pass through this terrible fire as offerings to the gruesome idol Moloch (II Chronicles 28:3; 33:6). Others copied their wicked example (Jeremiah 32:35). Jeremiah predicted that the divine judgment would strike Tophet: God would visit the terrible wickedness that occurred in GeHinnom with such mass-destruction that the place would become known as “the valley of slaughter” (Jeremiah 7:31–34; 19:2; 32:35). The God-fearing king Josiah defiled this idolatrous high place, and stopped its abominations (II Kings 23:10). Afterward Jerusalem’s rubbish was burnt here. Hence, whenever you approached the valley, you would always see tho s e rubbish-burning flames.

Now by adding these various ideas represented by GeHinnom—namely, ever-burning fire, wickedness, abomination, divine judgment, slaughter—it is easily seen that this GeHinnom became a symbol for the everlasting abode of the wicked, namely, hell. GeHinnom becomes (in Greek) Gehenna, the place of never-ending torment.

Lest the reader become confused, let it be stressed that there is only one place of everlasting punishment. Hades and Gehenna are one and the same, as far as the place is concerned. But when that place is called Hades, the reference is to the abode of the souls of the wicked before the judgment day; when it is called Gehenna the reference is generally to the abode of the wicked (body and soul) after the judgment day. 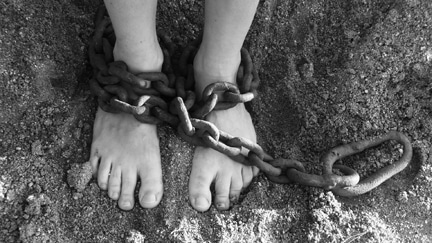 2. DOES GEHENNA MEAN INSTANTANEOUS ANNIHILATION OR DOES IT MEAN EVERLASTING TORMENT?

The twelve occurrences of Gehenna are as follows:

Matthew 5:29; 18:9; and Mark 9:47: the man whose eye causes him to stumble must pluck it out and cast it away, lest his whole body, including the two eyes, be cast into Gehenna, the Gehenna of fire.

Matthew 5:30; Mark 9:43: a similar statement with reference to the man whose hand causes him to stumble.

Mark 9:45: a similar statement with reference to the man whose foot causes him to stumble.

Matthew 23:33: “How will you escape being sentenced to Gehenna?”

James 3:6: “The tongue…is set on fire by Gehenna.” Clearly, therefore, Gehenna is the place to which God sentences the wicked to be punished in both body (eyes, hands, feet, etc.) and soul.

Not only this, but Gehenna’s punishment is unending. Its fire is unquenchable (Matthew 3:12; 18:8; Mark 9:43; Luke 3:17). The point is not merely that there is always a fire burning in Gehenna but that God burns the wicked with unquenchable fire, the fire that has been prepared for them as well as for the devil and his angels (Matthew 3:12; 25:41). Their worm never dies (Mark 9:48). Their shame is everlasting (Daniel 12:2). Their bonds, too, are everlasting (Jude 6,7). They will be tormented with fire and brimstone … and the smoke of their torment ascends forever and ever, so that they have no rest day or night (Revelation 14:9–11). Yes, “day and night, forever and ever” (Revelation 20:10; cf.19:3).

The passages in which this doctrine of everlasting punishment for both body and soul is taught are so numerous that one actually stands aghast that in spite of all this there are people today who affirm that they accept Scripture but who, nevertheless, reject the idea of never-ending torment. Instead of rejecting it, everyone should strive, by means of child-like faith in Jesus Christ, to escape it!

One hears the objection, “But does not Scripture teach the destruction of the wicked?” Yes, indeed, but this destruction is not an instantaneous annihilation, so that there would be nothing left of the wicked; so that, in other words, they would cease to exist. The destruction of which Scripture speaks is an everlasting destruction (II Thessalonians 1:9). Their hopes, their joys, their opportunities, their riches, etc., have perished, and they themselves are tormented by this, and that forevermore. When Jeremiah speaks about shepherds who destroyed the sheep, did he mean that those sheep ceased to exist? When Hosea exclaims, “O Israel, you have destroyed yourself,” was he trying to say that the people had been annihilated? Did Paul (Romans 14:15) mean to imply that by eating meat you can annihilate your brother? Or that he himself had at one time annihilated the faith? (Galatians 1:23).

Perhaps the most telling argument against the notion that the wicked are simply annihilated but that the righteous continue to live forevermore is the fact that in Matthew 25:46 the same word describes the duration of both the punishment of the former and the blessedness of the latter: the wicked go away into everlasting punishment, but the righteous into everlasting life.

A. Questions Answered In the Outline

1. What three words that occur in the Greek New Testament are rendered “hell” in our English Bibles?

2. What do Jehovah’s Witnesses teach with respect to the meaning of the word Gehenna?

3. Tell the history of the word Gehenna.

4. How do you distinguish between the words Hades and Gehenna? Do they indicate two different places, and if not, what then?

5. Prove that Gehenna cannot mean annihilation, and that it does indicate hell as the place of everlasting punishment.

1. What is meant by Tartarus and where does that name occur?

2. What is meant by the lake of fire and where does that name occur?

3. What is meant by the second death and where does that name occur?

4. In Revelation 14:9–12, what is meant by the man who worships the beast and his image, and receives a mark on his forehead or on his hand? Explain the rest of the passage (Revelation 14:9–12).