Usually in this column, I write very practically, reviewing issues of specific relevance for the daily and weekly work of elders and deacons in the Lord’s church. It is my prayerful intent to continue to do just that in future issues.

Except for this column. In it, I have no specific and practical goal, but want to challenge you instead to sit back in your chair, close your eyes, and think — about your own attitudes, your fellow elders’ and deacons’ attitudes, and your local church’s attitudes.

You deserve an explanation. I’ll try to be as forthright as I can be. Recently, I had two conversations that impressed me greatly. The first was with a “beloved unbeliever” friend of mine, a very articulate and educated non-Christian. He heard me speak at a non-worship setting, and we began a friendship that I pray will lead to growing opportunities for witness and testimony. The thing that struck me was his comment, after my talk, that “you really believe the things you said, don’t you? Few preachers seem to.” His remarks hit me hard, and made me recall an elderly mentor’s comment once, who, when asked what would be the most important advice he would give to young preachers, said, “Believe what you preach!”

The second conversation I had was with a young man who was thinking of leaving one of the conservative Reformed churches in his area. The church was well known, as was its preacher. Most in Presbyterian or Reformed circles would typically think of this particular church as solid, faithful, and as having appeal to community people as well as folks relocating. But this young man was thinking of leaving, not because of a job transfer, or because of some personal “snit” he had with the chairman of the building committee. He was leaving because, after years of sitting in the pew, of gathering for mid-week meetings with other members, of talking with the pastor, he concluded that this church stood for nothing. It only stood against things.

It was against women in ecclesiastical office, against gender-neutral Bible translations, against liberalism in theology, against “liturgical experimentation,” against growing bureaucracy in denominational headquarters, against the funding system by which agencies and missions were supported, against what is being taught in the regional Christian colleges and seminaries, and especially against whatever it is that the church/denomination it had left stood for. 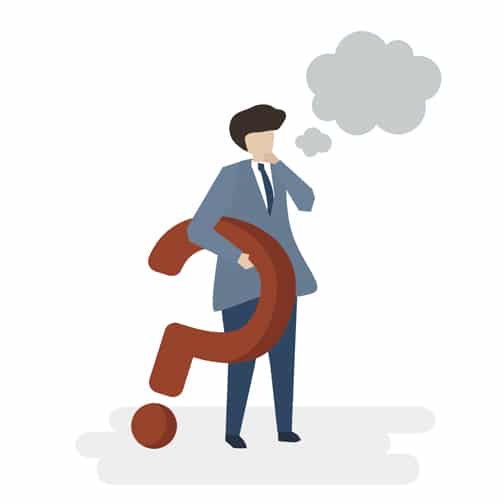 Despite repeated efforts to challenge his pastor, the elders, and other members of the church to articulate clearly, lovingly, and positively just what the Reformed faith actually stood for, my friend has concluded that they are locked in a traditionalistic logic loop, are unable to break through it, and simply don’t get it and won’t get it no matter how long he talks. Rather than creating dissent and discord, he’s contemplating leaving.

THE NECESSITY OF OPPOSITION

Now, you may be thinking: “Wait a minute! We must take our stand against the devil and against his wiles. We’re warned in Acts 20 that the attack of the wolf can arise from ‘among your own number.’ We are called to oppose falsehood!” Indeed, we are. You will receive no argument here. In fact, the very name “re-formed” means that we oppose the current form (be it the theology, the ecclesiastical government, or the lifestyle), and wish to reform it. Without question, to stand for something implies clearly that you also stand in opposition to something else. Necessarily so.

THE NECESSITY OF PROPOSITION

But the reverse is not always true. To stand for something implies opposition to something else. But it is often possible to live in opposition, to be a “contrarian,” without ever staking out one’s own position on anything. Yet, if we believe that the Reformed faith and creed is the most faithful to Biblical truth, we must do more than oppose. We must propose, propagate, articulate, defend, persuade and proclaim. We must really believe something, and the world around us must know just what that is!

So I ask you, what are you for? And, perhaps just as importantly, how good are you at articulating it to someone who has no clue?

In the recent years, I’ve read quite a few books arguing for some unifying thesis for Reformed Christianity. One argued, quite convincingly, that the triune character of God and thus the trinitarian understanding of the Christian life was that unifying principle. Others have argued, equally as convincingly, for the creation-fall-redemption motif, covenantalism, the 5 points of Calvinism, a distinctive hermeneutic of the Bible, and for the slogan “reformata semper reformanda” (“to be Reformed is to always be reforming”).

All of these have merit. All are part and parcel of who we are as Calvinists. The trouble with finding one unifying theme is that none of these stands without the others. To speak of the 5 points of Calvinism (which Calvin never identified as such, of course) without Trinitarian theology as the backdrop makes no sense. To speak of covenantal theology apart from a grammatical-theological-historical hermeneutic (method of reading the text of Scripture) is to speak nonsense. In fact, we must recognize that the precious faith that takes hold of us who celebrate the Reformation possesses magnificent depth and breadth. Our faith is a precious gemstone, as precious as any diamond or emerald, with many gleaming facets.

1. One facet of the gemstone that is the Reformed Faith is, indeed, its understanding of the sovereignty and majesty of God in the work of salvation. We may call it “5 points,” spell it as TULIP, and thus distinguish aspects within His saving work, but in fact it is one: God saves, and God alone!

2. Another facet of the gemstone is our doctrine of the church, her nature and structure and function as the Bride of Christ. Steering a careful course between the Catholic understanding of the church as necessary to save, and the Arminian view of the church as incidental, nice-but-not-necessary, the Reformed faith recognizes that Scripture links the Head (Christ) with the Body (the church), refuses to separate redemption from the church’s preaching of the Word, and promotes not a hierarchy of power, but a communion in which the pastoral care of elders embodies in its work, the Good Shepherd’s loving care for His people.

3. Yet another facet of the gemstone of the Reformed Faith, one often overlooked by so-called “5 point Calvinists” who are fundamentalistic in their approach. is the incredibly rich world-al1d-life-view inherent in Reformed thinking. If God is sovereign over all, then “taking every thought captive to Christ” is more than a slogan; it has given rise to a rich heritage and perspective that recognizes the Lordship of Christ over education, vocation, recreation, ethics, ecology, as well as the prophetic, priestly, and royal role of believers in all of life to live “coram deo” — with all one’s heart living all of life before the face of God!

4. And finally (although one could continue speaking about the facets of this precious gem for many, many paragraphs!), genuinely Reformed people embrace the Bible, not only in a series of dogmatic statements about it, but as the daily functioning Word of God for the life of believer and church. What marked the Reformation in the 16th Century is the very same thing that marks every genuinely Reformed believer and congregation in every generation: a believing and workmanlike use of the text of Scripture in the daily “stuff” of life, a firm conviction that there’s not an issue in life that isn’t directly addressed by God’s Word, a reverent trust in Scriptural Truth. Result? Bibles worn-out by daily use, not superstitiously kissed and put back on the stand!

AND ONE MORE THING…

If the above review, albeit brief, strikes a chord with you, one thing more must also ring true. Being Reformed is also being passionate about evangelism. I don’t know how it is possible to believe and confess the truths I described above and not to have one’s eye focused on the world outside the church, over which the scepter of the kingdom of Christ is also extended. Amazingly, so many Reformed Christians, like the church described by my friend earlier in this article, become so “churchistic” that they only see “within the circle” of the church. They see only other Christians, concern themselves only with departures from orthodoxy, debate nuances of theological expression. But they don’t see what Calvin called the “great void,” those without hope and without God in this world.

And I don’t understand that. We have so much to say to such a world! We dare not be only against. We must be for, and boldly so, the privilege to make known our God who is sovereign over all of life, over every creature, over all of time and history, and all for His own majestic glory.

When is the last time you tried to put yourself in the shoes of the guy from work who hasn’t a clue about hermeneutics, who could care less about 5 points of Calvinism, but who is burned out, has no sense of purpose in life, in his marriage, in his work, or in his play, and has no idea where to find one?

If we Reformed Christians believe what we say we believe, we really and truly have life to give in the midst of such death. But the world won’t have any reason to listen to us until it believes we actually believe in something, stand for something, are willing to die for something, and what may be even harder, live for what we believe. So, what are you for?