Theologians, usually more interested in “sheep” than “goats,” have recently become profoundly interested in the results of one stray goat. A shepherd’s search for a lost goat in the desert of ancient Judah led to the discovery of ancient manuscripts in a cave near the Dead Sea in 1947. Chief interest so far has been in the manuscript of Isaiah which gave strong support to the orthodox view of the nature and character of the Isaiah of Scripture. But many other manuscripts and ancient objects have been discovered in these desert caves. No doubt we shall hear a great deal for a long time to come concerning the materials recently discovered.

The first serious attempt to tell the full story of the Dead Sea scrolls to the general reader was made by the journalist Edmund Wilson in the New Yorker (May 14, 1955, pp. 45–131). During August the Christian Century carried a series of four articles by Frank M. Cross, Jr., one of the two American scholars now working on some of these documents in Jerusalem as a staff member of the American School of Oriental Research. Dr. Cross, a Presbyterian minister as well as a faculty member at McCormick Theological Seminary, Chicago, frankly states that the various findings “are easily the most important of their kind in the history of archaeology,” and adds that “they promise a ‘cascade of revolutionary advances’ in many fields of biblical study.”

Some think that the findings will be destructive of Christianity. An ex-Roman Catholic priest has made the claim that the literature concerning the ancient sect of the Essenes shows that Jesus simply took over a role ready made in their literature concerning an expected “Essene Teacher of Righteousness.” (cf. The Jewish Sect of Qumran and the Essenes by Andre Dupont-Sommer; Macmillan, September, 1955). Dr. Cross rejects the Dupont-Sommer theory and concludes his articles by saying: “No Christian need stand in dread of these texts (that is, the Dead Sea manuscripts, FHK); on the contrary we should thank God that we can more easily become ‘contemporaries of Christ’ in the historical understanding and, with God’s grace, also in a knowledge of the faith.”

Although the Christian does not stand in dread of these texts and indeed welcomes the light they may shed upon the Bible, it may well be that Dr. Cross’ basis for making this assertion is not really one congenial to orthodox Christianity. He speaks of the “common resources of language . . . theological themes and concepts . . . common religious institutions” upon which both New Testament and Essene writers draw. He appears to admit the relativity of history as such, and seems to speak of “faith” and “incarnation” in a somewhat Barthian sense. Nevertheless, Cross is undoubtedly correct when he explains that the tension and excitement on the part of those working on the scrolls is due to the fact that “we live in the midst of documents which bring undreamed of new illumination to the study of biblical literature, and unhoped for new sources for an understanding of the conceptual world in which Christianity found its historical origins.”

The general interest in this subject can be noted by reference to Time, Sept. 5, 1955, and also in the fact that Edmund Wilson’s article is being expanded in book form to be published this fall. It is also announced that the September issue of the Journal of Biblical Literature (not yet available at this writing) will be wholly devoted to a study of the serious. In addition, we shall certainly be looking for the illumination and guidance which our own experts in the fields of Old and New Testament studies will give us.

A New Journal: The Gordon Review is a new scholarly quarterly which made its appearance this year (February and May, 1955). As its name implies, it is edited and written by members of the faculties of Gordon College and Gordon Divinity School, but it is not an official publication of these schools. The editor, Lloyd F. Dean (professor of philosophy at Gordon College) states the purpose and basis of the periodical in his opening editorial. Its chief ground for existence in the midst of a myriad of journals is that “this is a scholarly review from the perspective of the historic Christian faith.” While all the writers acknowledge the “Holy Scriptures as the infallible rule of faith and practice,” it is admitted that there are minor differences between them on various details. In these they will be guided by the motto: “in the essentials of the faith, unity; in non-essentials, liberty; and in all things, love.”

The editor states further that The Gordon Hevietu wants to be more than a theological journal. In words reminiscent of Abraham Kuyper, the editor declares: “it is part of our privilege and duty as Christians to challenge every aspect of modern life in the light of God’s revelation . . . to challenge the world and our own constituency to bring every thought into captivity to Jesus Christ.” He adds that it is with a spirit of optimism that they begin their venture: “We feel that God has given us new hope and new opportunities even in these difficult days. We rejoice in the abundance of new knowledge and significant insights which are available today both within and without the Christian church. We see the years ahead, God willing, as a time in which the people of God, profiting by the fruits of God’s mercy, may enter a new period of vigor of thought and expression which will challenge the mind of the world to consider seriously and prayerfully the claims of Christ in every aspect of life and culture.”

In addition to book reviews, the following articles have appeared in the first two issues: “Old Testament Quotations in the New Testament” by Roger Nicole; “The Scientist and the Universe” by Thomas H. Leith; “A Biblical Word Study of the Concept of Love” by Philip C. Johnson; “Characteristics of a Christian College” by Hudson T. Armerding; “A Prolegomenon to Educational Psychology” by Donald F. Tweedie, Jr.; and an article commenting un public witness of the Calvinistic philosophers in the Netherlands by David L. Franz. 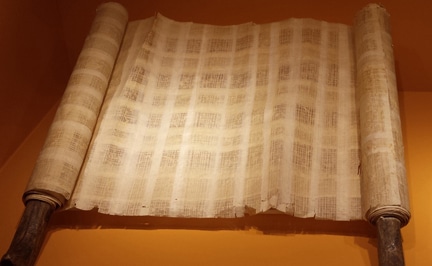 The Pope Speaks is the title of a new quarterly which compiles the speeches and writings of the Roman Catholic Pope. Begun in 1954 during the Marian year, it publishes in English many of the papal statements. Although these statements arc of a wide variety, it is interesting to note the great emphasis upon Mary. We may expect further doctrinal statements in the future to add to the dogmas of 1854 and 1950.

“The ‘Reformation’ – Was it Reform or Revolt?” is the title of a publication by the Knights of Columbus. It is given in popular form, advertised in magazines, and obtainable upon request. It is of course aimed at the Protestant remembrance of Reformation Day, and attempts to set forth the Roman claim that Luther and Calvin were revolting against Christ’s authority in the church and hence were not really reformers. The claim is not new, of course. But the propaganda purpose is effectively timed, and psychologically well constructed. One of its six chapters is entitled “Overcharged Emotion: Luther’s Protest” and another “Frozen Logic: Calvin’s Dictatorship.” Protestants do well to note the Roman Catholic claim in order to be better qualified to refute it intelligently.

Markus Barth, son of the famous Swiss theologian, Dr. Karl Barth, will begin teaching this fall at the Federated Theological Faculty of the University of Chicago. During the past three years :Markus Barth has been teaching at the Presbyterian Seminary, the University of Dubuque. This seminary has shown a remarkable interest in the theology of Karl Barth. Its president, Arthur Cochrane, recently translated Otto Weber’s book on Barth from the German. Its vice-president, Elwyn A. Smith, has an interesting article on the problems within the Barthian household in the Christian Century of August 10, 1955 entitled “Barth Among the Barthians.”

Every Calvinist knows how often Calvinism has been caricatured. One often feels that this has been done by news magazines in relating the politics of South Africa to Calvinism. In this connection the statement by the Calvin Forum’s South African correspondent is startling. Dr. S. du Toit, writing of the selection of Prime Minister Strydom, states: “Personally, I am convinced that no better choice could have been made. Strydom is a man of principle who has had a long and sometimes lonely fight…Although he was educated in a ‘neutral’ university, he is a professing Christian and is well versed in Calvinistic principles, although he will not be so outspoken as Paul Kruger was. In any case, I think that we are now nearer to the principles of that staunch Calvinist than we have been since the beginning of the century…As far as our ideal of a Christian Republic is concerned, we have in Prime Minister Strydom the most outspoken leader of recent decades…I am sure that we have entered upon a new era. The Republic may come sooner than we expect. Calvinists hope that it will he accompanied by a renaissance of our people in the sense that in all realms of life Christian principles may be seen in operation.” (Calvin Forum, Aug–-Sept, 1955, p. 12–13).