The title of a recent book, The Millennial Maze: Sorting Out Evangelical Options,1 nicely captures the difficulty of sorting out the differing views found among Christian believers on the subject of the millennium. The person who attempts to make sense of these views faces a challenge not unlike that of traversing a bewildering and confusing maze. One is often found going down a blind alley or even coming to an abrupt stop, but seldom does there appear to be a clear way through to the exit. To find a clear and direct way through the oftentimes confusing and bewildering array of opinions on this subject is a daunting challenge, indeed!

Perhaps some readers have had this experience already, as we have been considering various aspects of the Bible’s teaching about the future. But if the saying is true, “to be forewarned is to be forearmed,” it is likely that many will find the subject of the Bible’s teaching about the millennium especially challenging. Here we need to be reminded of something I emphasized at the outset of this series of articles on the Bible and the future: staying within the boundaries of the Scriptures; saying as much as they clearly permit us to say but no more, is the only safe procedure to follow.

Due to the difficulty of this issue, I would like simply to introduce the subject of the millennium in this article. I will begin with a note on the meaning of the term, “millennium,” and then provide a brief retrospect and prospect of where we have been and where we hope to go in this series of articles on the millennium. I will then conclude with a description of what I regard to be the two major types of millennial views and the four versions found most often among Christian believers.

When we speak of various “millennial” views, this terminology derives from a Latin word, millennium, that is the equivalent of two Greek words which are used six times in Revelation 20:1–7. This Latin term, like its Greek counterpart, literally means “a thousand years.” Sometimes reference is made in this connection to “chiliasm,” a term which is a transliteration of the Greek word for a “thousand” that is used in this Revelation 20 passage. Millennialism or chiliasm, accordingly, are synonyms and refer to the teaching about the thousand year reign of Christ referred to in Revelation 20.

Though this is not the place to consider the difficult question of the meaning of Revelation 20,2 the millennium or period of one thousand years in this passage denotes a period in which Christ reigns subsequent to the binding of Satan and prior to a “little season” of Satanic rebellion before Christ’s ultimate victory over His enemies at the end of the age. When we speak of various millennial views, therefore, we mean to refer to various interpretations of this thousand year period. Does it describe a future period in which Christ will reign upon the earth in a way that is significantly different than His present reign at the Father’s right hand in heaven? Or does it describe a circumstance that is presently realized or about to be realized, one which characterizes the period between Christ’s first and second advent? Furthermore, what is the nature of this millennial reign of Christ? Will it be a period, literally, of one thousand years duration, not one year more, not one year less? Or are we to understand the millennium as a protracted, period in history, during which there will be peace and prosperity, and the reign and rule of Christ will be almost universally acknowledged by the nations and peoples of the earth? 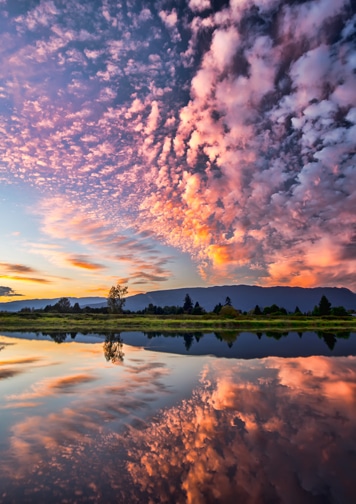 It would not be difficult to multiply these questions here. However, for our purpose we need only note that they illustrate the complexity and range of opinion held as to the meaning and significance of this millennial reign of Christ. A further complicating factors as we shall see, is that Revelation 20 is the only passage in all of Scripture that speaks of a “thousand year” period of Christ’s reign. The meaning of this perplexing passage depends upon the extent to which it is interpreted in the light of other Scripture passages, or it is allowed to stand on its own, teaching something that is nowhere else clearly set forth in the Bible.

Thus, when we address the subject of the millennium,we are addressing the subject of the Bible’s teaching about the kingdom of God in the present and the future, especially whether the millennium is a present or future reality. It is not difficult to see that this is an especially important subject in the broader framework of the Bible’s teaching about the future.

To. illustrate the importance of the subject of the millennium m the Bible’s teaching about the future, we need to call by way of a retrospect, or backward look, the subjects that we have considered thus far.

There are a number of themes that have been prominent in our treatment of these subjects, themes which have a bearing upon and intersect with many of the questions which the subject of the millennium raises. For example, we have seen that the coming of Christ in the fullness of time was an “end-time event,” a fulfillment of the promises of the Lord made to His old covenant people. The complex of redemptive events which coincided with Christ’s first advent—His death, resurrection, ascension and the outpouring of the Holy Spirit at Pentecost—mark off this present period of history, between the times of Christ’s first coming and His return, as the final epoch in redemptive history prior to the consummation of all things when Christ is revealed at the end of the age from heaven. Consequently, as we argued in an article on the return of Christ, the second advent of Christ is, from the perspective of a biblical view of the future, the last and concluding event in redemptive history. It is, to use language employed earlier, a “consummating event at the end of the age,” one which does not leave room for any further expectation or additional events subsequent to it.3

Furthermore, in the articles we have just concluded, articles dealing with the “signs of the times,” we have seen that these signs are characteristic of the present age as well as the end times. Coincident with the Bible’s teaching that Christ’s return at the end of the age will consummate the course of redemptive history, these signs mark off the entirety of this present period of history as one defined by the first and future comings of Christ. Each of these signs, though in differing ways, discloses the triumph of Christ’s gospel and cause as well as the futility of all opposition to the proclamation and application of His Word by the power of His Spirit. They signal the present lordship of Jesus Christ and the eventual triumph of His cause in all the earth, whether they do so as signs of grace, signs of opposition or signs of divine judgment.

Within the context of these biblical themes, as we have already developed them in previous articles, we will take up directly the subject of the millennium. To orient us in this enterprise we turn now to a brief prospect or forward look of what lies ahead.

In this next series of articles, I will be following a somewhat standard approach to the various millennial views that are representative and deserve consideration. In each instance, I will begin with a summary of the position and its history (including some representatives) and then conclude with a general evaluation of the position. In addition to this general survey and evaluation of these millennial views, there are some features of particular views that will require special attention. Here separate articles will be devoted to subjects like the rapture, which plays such an important role in dispensational millennialism, and the interpretation of Revelation 20. Due to the importance of Revelation 20 to the entire dispute respecting the millennium. I will include in this series of articles dealing with the millennium an extended treatment of this passage.

Though we will be giving attention in this survey to a variety of views of the millennianum, we will restrict ourselves to the major views and their primary varieties. Those acquainted with this subject will understand that it is simply impossible to do justice to all of the details and nuances that surface in various discussions of the millennium. Our interest will be only to provide a broad survey.. a kind of map of the chief landmarks and positions that have been taken on this subject.

There remains one matter of introduction to attend to.. before we take up the subject of these millennial views directly. And that is an identification of the chief and representative views which we will be describing.

In my judgment the simplest identification of the various millennial views is one which clearly distinguishes them all as belonging to one of two major types: views which regard the millennium as being established either “before” or “after” Christ’s return. All of the millennial views can be distinguished in these terms; they either regard the millennium to occur before or after the return of Christ. Consequently, there are two major types of millennial positions: those that are post-millennial (“post” because Christ comes after or post-millennium) or pre-millennial (“pre” because Christ comes before or pre-millennium). It is important to keep this basic distinction of millennial views in mind, because this is the point of greatest divergence among them and recognizing this will preserve some semblance of simplicity in the debate regarding different positions.

2. I will devote one, possibly two, articles to this passage, at a later point in our consideration of various millennial views.

3. In terms of language I will introduce at the close of this article, this view calls into question any form of “pre”-millennialism, that is, a teaching that regards the kingdom of Christ as a reality to be commenced after the return of Christ at the close of the present age.

4. Astute readers (even some not so astute) may be confused at this point by this terminology. One of these varieties of what I am calling the first major type, post-millennialism, has a name that sounds like it has no millennial view at all (“a”—millennialism literally means “no millennialism” or “no millennium”). The other variety has a name that is indistinguishable from that I have given to the first major type, of which it is one variety. This is confusing, to say the least! My first defense, of course, can be anticipated: I began this article by noting how confusing this subject can be. However, my second defense is more substantial: this is the terminology that has become” common coin” in discussions about the millennium. There are two varieties of positions of those who regard the millennium as occurring before the return of Christ; one is commonly called “a-millennialism,” the other is commonly called “post-millennialism.” For those who are still confused, I can only beg your indulgence here and ask you to “stay tuned” until we take up these views and the terminology associated with them in my forthcoming articles.

Dr. Venema, editor of this department, teaches Doctrinal Studies at Mid-America Reformed Seminary in Dyer, IN.