“When I saw him, I fell at his feet as though dead” (Rev. 1:17). When the Apostle was brought into the presence of Christ he was humbled and awed in silence. This is the effect of being in the presence of our Savior. It is no different for us when we open the Word and seek to learn of him. Through the written word we are brought, by the power of the Holy Spirit, into the very presence of Christ Himself. This is most evident when we study the sublime mysteries of the faith such as the subject before us.

Article 19 of the Belgic Confession confesses what we believe about the “Person” of Christ. Here we ponder the wonder of who Christ is in Himself, as God and man. This teaching is called the “hypostatic union.” The word “hypostatic” comes from the Greek word, hupostasis, which can be translated as person. What this designation means to express is the union of Christ’s divine and human “natures” in the one “person” of Christ. Our Confession expresses this, saying,

We believe that by this conception the person of the Son is inseparably united and connected with the human nature; so that there are not two Sons of God, nor two persons, but two natures united in one single person; yet each nature retains its own distinct properties.

In confessing that Christ has two “natures,” we are taking our stand with the Church against the heresy known as Eutychianism (also known as the Monophysites: confessing Christ to have one [mono] nature [phusis]). Eutyches was a fifth century leader whose teaching over-emphasized the divine nature of Christ so that there was really not one Person but one nature. He taught that the eternal Son absorbed the human nature at the Incarnation. All that really remained was the divine nature. Orthodox theologians rightly perceived that this meant that Jesus Christ was a “third thing” (Latin, tertium quid). Christ would then be neither very God nor very man. However, if Jesus’ humanity became divine, He would not be homoousian, of one substance, with our flesh, and thus Christ would not be a human like us.

We confess with the Church that although the Son of God “inseparably united” Himself to a human nature, nevertheless, “each nature retains its own distinct properties.” As the Athanasian Creed says, Christ is “one, not by conversion of the Godhead into flesh, but by taking of the manhood into God. One altogether, not by confusion of substance, but by unity of person” (lines 34, 35). The Chalcedonian fathers rejected Eutyches in 451 A.D. when they said that the Son, our Lord Jesus Christ is “to be acknowledged in two natures, inconfusedly, unchangeably…the distinction of the natures being by no means taken away by the union, but rather the property of each nature being preserved, and concurring in one Person and Subsistence…” 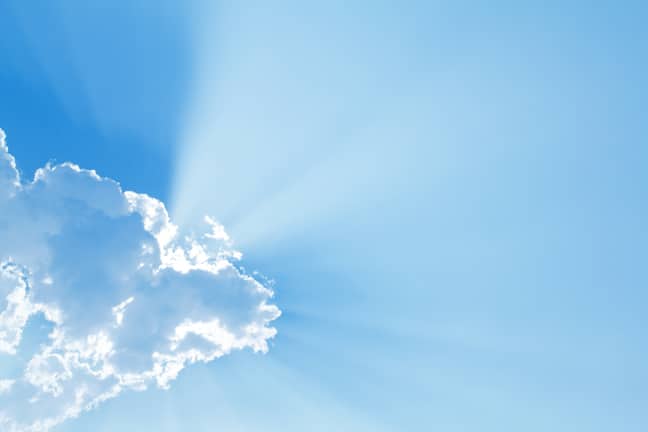 Since we confess that Jesus Christ has two distinct natures, what is His divine nature like? As the Confession says, “…the divine nature has always remained uncreated, without beginning of days or end of life, filling heaven and earth…” This is an affirmation of the Athanasian Creed, which says that Christ’s divine nature is “God of the substance of the Father, begotten before the worlds…Perfect God…Equal to the Father as touching His Godhead” (lines 30, 31, 32).

In saying that His divine nature is “uncreated, without beginning of days or end of life,” our Confession quotes from Hebrews 7:3. There the author of Scripture gives the intriguing statement that Melchizedek, in not having a recorded familial genealogy, nor account of his birth or death, resembled the Son of God, who is literally without beginning of days and end of life. This verse, along with Micah 5:2 (“whose origin is from of old, from ancient days”), was already quoted in Article 10 to prove the deity of Jesus Christ.

The Confession says that as to His divine nature, Christ fills heaven and earth. Here we have an allusion to Jesus’ own words in Matthew 28:20 where He promised His apostles, “Behold, I am with you always, to the end of the age.”

Our Heidelberg Catechism interprets these words in harmony with the Belgic Confession, in Q&A 47, saying:

But is not Christ with us even unto the end of the world, as He has promised? Christ is true man and true God. According to His human nature He is now not on earth, but according to His Godhead, majesty, grace, and Spirit, He is at no time absent from us. (Heidelberg Catechism, Q&A 47)

Thus our Lord Jesus Christ is as truly and fully God as God the Father, being eternally begotten by Him and one substance with Him.

Since this eternal Son became a man, what is His human nature like? The Confession says,

…the human nature has not lost its properties but remained a creature, having beginning of days, being a finite nature, and retaining all the properties of a real body. And though He has by His resurrection given immortality to the same, nevertheless He has not changed the reality of His human nature; forasmuch as our salvation and resurrection also depend on the reality of His body…

Christ’s human nature was created, had beginning of days, is finite, and retains all the properties of a true body, despite having given immortality to His human nature by His resurrection. We see how real Jesus’ humanity was in Scripture when it teaches us that He grew in wisdom and in stature (Luke 2:52), that He knew from experience what exhaustion was (Mark 4:38), what hunger was (Matthew 4:2), and what thirst was (John 4:7). He could be happy and He could also be angry and grieved (Mark 3:5).

Traditionally, we have described the true humanity of Christ stating that He is “…man of the substance of His mother, born in the world… perfect man, of a reasonable soul and human flesh subsisting… inferior to the Father as touching His manhood” (lines 30, 31, 32). This confession of Christ having not only a true human body but also a “rational soul” is essential to affirm, for it is the term our fathers in the early church used in their battles over the true humanity of Christ. At the third ecumenical Council in Ephesus in 431, the controversy with Apollinarius was officially settled.

Apollinarius was a bishop in Syria and champion of Nicene orthodoxy. He erred in saying that humans are made up of three parts: body, soul (anima animans, which all animals have), and spirit (anima rationalis, a rational soul which differentiates humans from animals), and that in Jesus Christ, the eternal Word (Greek, logos) took the place of the human spirit (Latin, anima rationalis). Jesus does not remain fully human in this analysis. He, like Eutyches’ Christ, becomes a tertium quid, a “third thing.” The result would be that Jesus would not derive His thoughts, emotions, and will from the human nature but from the divine! We believe, with Scripture, the fathers, and our Confession that Jesus is as human as any human could be, sin excepted.

In confessing that Jesus Christ has both a divine and human nature we are on the precipice of profound mystery, confessing that these two distinct, separate natures are nevertheless united in one, single person. Our Confession expresses this union of natures this way:

But these two natures are so closely united in one person that they were not separated even by His death. Therefore that which He, when dying, commended into the hands of His Father, was a real human spirit, departing from His body. But in the meantime the divine nature always remained united with the human, even when He lay in the grave; and the Godhead did not cease to be in Him, any more than it did when He was an infant, though it did not so clearly manifest itself for a while.

In confessing the union of the two natures in one person we are standing with the Church against the heresy known in church history as Nestorianism. Nestorius’ trouble began with the phrase theotokos (Greek, “bearer of God,” or, “mother of God”). The Church had called Mary theotokos in the context of the Arian controversy about whether the Son of God was eternal God. It was not used as a title of worship for Mary, but was used to make a statement about the child she bore. The focus was not that Christ received His divine nature from Mary, but that the child in Mary’s womb was fully divine, that Jesus is God. Nestorius thought that this term would lead to confusion so he called Mary christotokos, “bearer of Christ.” By this term, Nestorius sought to establish that Mary did not give birth to the divine Logos, but to the man Jesus who was united with the deity. He preached provocative sermons, saying, for instance, that a woman could not carry the deity for nine months in her womb, or that the deity could hardly be wrapped in diapers, nor could God have suffered, died and been buried.

He was charged at the Council of Ephesus in 431 A.D. with teaching that Jesus was two persons, one divine and one human, almost as if Jesus was schizophrenic. The eternal Son of God, in Nestorius’ view, came to live in the man Jesus as in a temple. An analogy would be that the Son was like oil and Jesus like water. When you pour them both into one container the oil simply rests on top of the water. There is no union, only division and distinction. The fathers at Chalcedon had Nestorius’ teaching in mind when they said that the Son, our Lord Jesus Christ, is “to be acknowledged in two natures … indivisibly, inseparably… not parted or divided into two persons, but one and the same Son, and only begotten, God the Word, the Lord Jesus Christ…” The Athanasian Creed says, “Who, although He is God and man, yet He is not two, but one Christ. For as the reasonable soul and flesh is one man, so God and man is one Christ” (lines 35, 36).

Your Salvation Depends on This Mysterious Doctrine

Although we cannot comprehend this mysterious doctrine,, we must apprehend it by faith. As the Athanasian Creed says, “Furthermore it is necessary to everlasting salvation that we also believe rightly the incarnation of our Lord Jesus Christ … This is the catholic faith, which except a man believe faithfully, he cannot be saved” (lines 29, 44).

We must apprehend it by faith to appropriate the benefits that the Person of Christ won for us. Our Confession concludes on this note. Because we, with the fathers at Chalcedon, confess that Christ’s two natures are not confused or changed (against Eutyches/ Monophysites) and without division or separation (against Nestorius), Jesus Christ is both consubstantial with His Father according to His divine nature, and thus has conquered death, and consubstantial with us according to His human nature, with a true human body and rational soul (against Apollinarius), and thus has died for us.

1. Was Jesus Christ God from the moment of conception, or did he become God later?

2. Because we believe that Jesus’ humanity is at the right hand of God (cf. Apostles’ Creed) and not omnipresent, our Lutheran brethren often accuse us of Nestoriaism. How does Q&A 48 of our Catechism answer that charge?

3. In reference to what our Confession says about the humanity of Christ, is Jesus’ human nature the same as our now that he has been raised? (Think about the implications of your answer)

4. When his dead body lay in the grave, where was Christ’s divine nature?