This amazing grace of God was not a backup plan or afterthought of God. God’s grace finds its origin in the mysterious eternal decree of God. That is what we said in our last article. In Article 17, though, we begin studying the objective working out of that planned salvation in the work of Christ for us and then to the subjective application of that salvation to us and in us by the Holy Spirit.

The Covenant of Grace

To be Reformed is more than just believing the so-called “Five Points of Calvinism.” These five points are not the essence of what Reformed churches teach and believe. To be Reformed is to live in covenant with God. To think as Reformed Christians is to think covenantally. To worship as Reformed churches is to worship covenantally. To read the Bible as Reformed Christians is to read it in a covenantal way, as it has one message – that God has come to the rescue of fallen man. This is who we are as Reformed churches. One can hardly read the Bible without seeing the term “covenant” shows up in page after page. In just the Old Testament alone, the Hebrew word for covenant, berith, is used 287 times.

Article 17 mentions God’s promise to send the “seed,” Jesus Christ, to save His people. This is the beginning of the covenant of grace. This covenant of grace is one in essence throughout redemptive history, but varied in administration.

The covenant’s administration began in the Garden, after the Fall, was continued after the Flood with Noah, ratified with Abraham, and again with the nation Israel and shown in its types and shadows (Colossians 2:17; Hebrews 10:1), given a kingly dimension with David (2 Samuel 7), and finally fulfilled in the New Covenant in the Father’s beloved Son, Jesus (Luke 3:22; Hebrews 9:14–28). 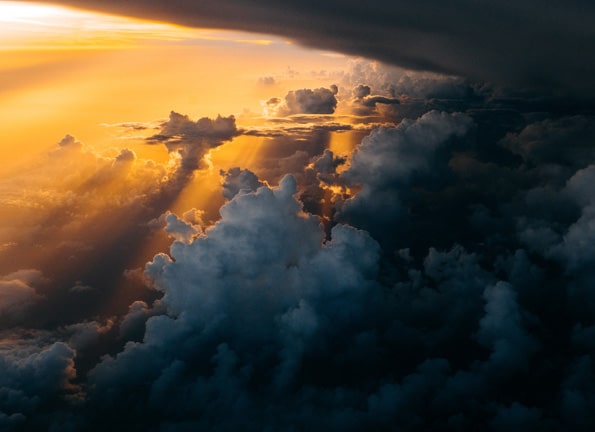 The Revelation of God’s Wisdom & Love

Article 17 reminds us that just as we do not do anything without first planning a course of action, so too the accomplishment of salvation by the Triune God is in accordance with His eternal plan. Thus we see in the history of redemption a reflection of the wisdom and love of God after Adam violated the terms of the covenant of works. As the Confession says

We believe that our most gracious God, in His admirable wisdom and goodness, seeing that man had thus thrown himself into physical and spiritual death and made himself wholly miserable, was pleased to seek and comfort him, when he trembling fled from His presence…

Thus the eternal plan of the Triune God is worked out in time by the same all-wise, all-loving God. We see His wisdom in providing a remedy for our sin and his goodness in providing this remedy apart from any merit of our own. This is why we sing, “Not the labors of my hands, can fulfill Thy laws demands…Nothing in my hand I bring, simply to Thy cross I cling; naked come to Thee for dress, helpless look to Thee for grace.”

Our Confession says that when our gracious God saw man’s sinful state He came to comfort “promising him that He would give His Son (who would be born of a woman) to bruise the head of the serpent and to make him blessed.”

These are the words of Genesis 3:15, which have been called the “mother promise.” We call it this because it gives birth to all of God’s promises. It has also been called the proto-evangelium, that is, the first gospel. The marginal note from the Dutch State Bible, authorized by the Synod of Dort in 1618-19 and published in 1637 says this about Genesis 3:15: “This is the first promise of the Gospel of life and followed immediately after the announcement of death entering the world.”

Thus the gospel was revealed for the first time and began to do its work of creating a new people out of a fallen race. This promise of the gospel then began unfolding throughout redemptive history. The tale of the two seeds, Christ and Satan, individually, and the Church and the world, corporately, began to be manifested in the first family. In Genesis 4:1–8 we read of the story of Cain and Abel. Eve named her son “Cain,” meaning, “acquired,” as he was the expected fulfillment of the seed, the Messiah, while Abel’s name means “breath” as he was regarded as nothing. Cain, though, turned out to be the first anti-Christ and seed of the serpent.

For generations there were two lines, the godly line of Seth, which “call[ed] upon the name of the LORD” (Genesis 4:26) and those who were known for their cultural exploits, culminating in the builders of the Tower of Babel/Babylon (Genesis 11). In Genesis 12 the LORD promised to save a people through the line of Abraham, which was then manifested in the struggles between Isaac and Ishmael, Jacob and Esau. When the people of God were in Egypt the Pharaoh, the latest incarnation of the anti-Christ, ordered all male babies to be killed in order to prevent the birth of Moses (Exodus 1). The LORD distinguished His people from the nations by saving them on dry ground, while the armies of Pharaoh were drowned in the same (Exodus 14). The story of David and Goliath and David and Saul is the story of these two seeds – would David survive? – would God’s promise continue?

In the midst of covenant judgment and utter despair as the people of God were carried off into captivity, God promised that a young maiden would conceive and bring forth the Mighty God, the Prince of Peace (Isaiah 7:14, 9:6), which, in the fullness of time (Galatian 4:4), came in the Person of Jesus Christ. He had to survive Herod’s stratagems (Matthew 2:16-18), a battle with Satan in the wilderness (Matthew 4), and the hordes of angry onlookers; and just when all hope seemed to be lost at Calvary – “He arose! He arose! Hallelujah! Christ arose!” Here is the wisdom of God, confounding the wisdom of man; here is the goodness of God, confounding the self-saving efforts of man. The “Lisp” of God We see in Genesis 3, as reflected in Article 17, a picture of the God in whom we believe and for whom we live. Did you notice how this article describes God? He is described as the God of all grace, wisdom, and goodness. But more than that, our Confession speaks of God in accommodated language as the first preacher, the first evangelist: “…seeing that man had thus thrown himself into physical and spiritual death and made himself wholly miserable, was pleased to seek and comfort him, when he trembling fled from His presence…”

As if God did not already know from all eternity that Adam would sin! Nevertheless, in Genesis 3:9 we hear the LORD calling out, “Where are you?” What we have here with the language of God “seeing,” being “pleased,” and calling out is what we call accommodation. This means that God stoops to our level, bends over to look at us eye to eye. Calvin described this biblical phenomenon, saying:

For who is so devoid of intellect as not to understand that God, in so speaking, lisps with us as nurses are wont to do with little children? Such modes of expression, therefore, do not so much express what kind of a being God is, as accommodate the knowledge of Him to our feebleness. In doing so, He must, of course, stoop far below His proper height.

This is what God would later do with Israel, saying:

Have I any pleasure in the death of the wicked, declares the Lord GOD, and not rather that he should turn from his ways and live? Say to them, ‘As I live, declares the Lord GOD, I have no pleasure in the death of the wicked, but that the wicked turn from his way and live; turn back, turn back from your evil ways, for why will you die, O house of Israel?’ (Ezekiel 18:23, 33:11)

God uses anthropomorphic (as if He had human body parts) and anthropopathic (as if He had human emotions) language to describe Himself. And our Confession does the same here as the LORD is “responding” to Adam’s sin by “going” to him to comfort him with the gospel promise. Our Canons of Dort, III/IV, 8 describe God in this way, saying

As many as are called by the gospel are sincerely called. For God has most earnestly and truly declared in His Word what is acceptable to Him, namely, that those who are called should come unto Him. He also seriously promises rest of soul and eternal life to all who come to Him and believe. (emphasis mine)

One final word about Article 17 that which relates to a major question in our day among non-Reformed believers. Were the Old Testament saints saved by faith in Christ as we are? Article 17 expresses what we as Reformed Christians have always believed about this. One aspect of continuity between the covenant of grace in its administration both in the Old and New Testaments is that salvation has always been by God’s grace alone, through faith alone, on account of Christ alone. We see this, for example, in the words of Calvin’s contemporary and successor in Geneva, Theodore Beza: “The Son is fully contained in the books of the Old Testament, so that the men of those times were saved by faith in Jesus Christ who was to come.”

Most of the non-Reformed believers we will encounter today deny this as they place a large chasm between what they consider two different peoples of God: Israel and the Church. This is called Dispensational Theology. Our Confession clearly teaches that Adam was saved by the same God who has saved us, through the same means, Jesus Christ. The difference, of course, is that while the saints in the Old Testament looked forward to his arrival and accomplishment of salvation, we may look back to the Savior who has already come, lived, died, and been resurrected.

1. How can of Genesis 3 be used in our conversations with those who believe in free will? Who had the free will to save in the story? Who sought whom?

3. Trace the ways in which this promise was unfolded in the life of the people of God throughout redemptive history (See Heidelberg Catechism, Q&A 19).

5. Why do we call the covenant made with Adam after the Fall and continued with the rest of God’s people the covenant of grace?