The delegates wanting women in the offices of elder and minister in the CRC argued for unity again and again, along with using such words as: peace, love, brothers and love for the church. Those opposed to the ordination of women asked for discussion on Biblical grounds but to no avail. Those promoting women in all ecclesiastical offices stated that Synod 1995 declared that both interpretations of Scripture were correct, and thereby immediately steered the discussion away from trying to use Biblical grounds for maintaining the 1995 decision. Instead, unity within the CRC was stressed as the compelling argument and more comfortably so because that put the ball in the opposers court to accept or reject the appeal for unity and peace in the CRC. 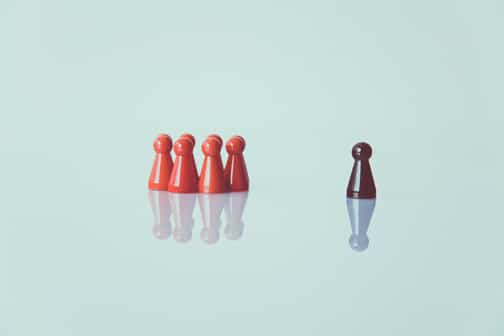 One phrase repeated by delegates desiring women in the offices of elder and clergy was: “Unity without uniformity” and the statement: “The umbrella is big enough for everyone.” Another choice word was “creative” to describe the 1995 Synod and its decision. “Creative” has a very positive connotation in today’s world. How appropriate and advantageous to choose a word such as “creative,” when persuasion was the purpose of the debate. Was the 1995 Synod creative in its decision on the ordination of women? “Creative” is not the adjective I would choose to describe Synod 1995 and its decision.

Listening to the debate and appeal for unity, one would think the Christian Reformed denomination was the “holy catholic church” confessed in the Apostles’ Creed. One speaker made it sound like God would preserve the CRC regardless. It is Biblical that God will preserve His true church, but that does not mean God will preserve every humanly-organized denomination and earthly church; in fact, in the book of Revelation Jesus teaches that He will take the lampstand away from unfaithful churches on the earth. In Revelation 2 Jesus commends the church of Ephesus for their unwillingness to tolerate wicked men, and for their testing of those who claimed to be apostles but were false. He also praises the church of Ephesus for hating the practices of the Nicolaitans which He says He also hates. Jesus calls on the church of Pergamum to repent because they have people who hold to the teaching of Salaam and those who hold to the teaching of the Nicolaitans. Jesus reprimands the church of Thyatira because the church tolerated “that woman, Jezebel, who calls herself a prophetess” (Rev. 2:20b) and warns those who do not hold to her immoral teaching: “Only hold on to what you have until I come” (Rev. 2:25). When one reads Revelation 2 and 3, it does not sound like Christ wants toleration and unity at all costs within a church. I do not read of Christ commanding, teaching, or condoning unity between believers and any beliefs which are contrary to Scripture. Jesus praises the church of Philadelphia with the words: “I know that you have little strength, yet you have kept my word and have not denied my name” (Rev. 3:8b). He gives them this warning: “I am coming soon. Hold onto what you have, so that no one will take your crown” (Rev. 3:11).

It was comfortable for those wanting to keep the 1995 decision to cry, “Unity, unity!” The sad part is that by their pleading for unity, they sought to persuade other delegates to agree with them and vote for maintaining the 1995 synodical decision, appealing to the delegate’s conscience of wanting peace. In my opinion, the most disappointing speeches I heard in the debate at synod were those of delegates who were opposed to the ordination of women but now fell for the line of unity, peace, and not wanting to flip-flop anymore. How sad! They sounded as if they thought they were so noble to opt for peace and unity by avoiding a change of decision from 1995. Another speaker spoke so piously that we ought not to flip-flop so we can continue with ministry and evangelism. It sounds so praiseworthy, but, I believe that our first concern and question must be: What does the Lord, the bridegroom of the Church, require of us?

Luther and other reformers knew that obedience to God’s Word came before unity and peace in their denomination—the Roman Catholic Church. If Martin Luther would have given in to the pressure put on him by the leaders of the Roman Catholic Church for unity and peace, we would never have had the Reformation. A cry for unity is a subtle ploy to keep people on board. ill our modern society which stresses toleration rather than maintenance of principle, it is easy to fall prey to this ploy.

Under the cloak of unity the CRC continues to exist and move on y toward interpreting Scripture as the majority decides. The question is: Who is destroying the unity—those who are determined to get women in all ecclesiastical offices, regardless of the conscience of others, or those who, wanting to keep a clear conscience, cannot go along with synod’s decision according to Scripture? A bully in school will often start the fight; and when the going gets rough, he tattles to the teacher, trying to blame the one for whom he/she made it miserable. I believe there has been some of that with this issue.

Another sad incident in the debate occurred when a relatively new Christian pleaded for empathy concerning the difficulty he and other new Christians have with accepting Scripture as authoritative when synod allows the Word of God to be interpreted the opposite of what the Scripture text says. I neither saw nor heard any empathy from the majority toward that brother’s concern.

Those promoting the ordination of women ought not to accuse and judge those who have decided to or do decide to separate from the CRC because they want to do what they believe is in accordance with God’s Word. Calling compromise and toleration creative doesn’t guarantee it to be God’s will and the path of wisdom for one’s spiritual life. I believe those who want women in the ecclesiastical offices of elder and minister should have joined a denomination which has it in practice already; but since that group has so doggedly determined to get it into the CRC, then, at those opposed do what they believe God’s Word requires, rather than accusing the independents and opposers of being schismatic and unconcerned about love, peace, and unity.

The very denomination that taught me that God is a holy and just God and that, therefore, the Christian church needs discipline and separation from evil and/or erroneous Biblical teaching, I now hear saying; “Peace, Peace! Unity, Unity! Love, Love!” And if you break the unity of the CRC, you are the one in error. That’s a dangerous line of reasoning. Any camel can get its nose under the tent with that theology. Where’s the teaching today of “Daring to be a Daniel,” of daring to put the Bible’s teaching as a higher priority than one’s denomination and/or peers? The Christian Reformed denomination is neither infallible nor eternal. Only the members of the true church within any denomination are promised preservation and eternal life. As the Roman Catholic Church erred in their teaching and brought on the Reformation, any other denomination can err. All that is done in piousness and with the words, “Lord, Lord” or “love, love” does not guarantee the Lord’s blessing nor approval.

The cloak of unity has a very noble sounding goat but it can be a dangerous device to get in and keep in what should be weeded out. The cloak of unity was thrown over the Synod 1996 debate on women in all ecclesiastical offices to get the opposition to consent for the sake of unity. It lends itself well to being a disguise for compromise of principles. How much more courageous and praiseworthy it sounds for the weakened opposer to the ordination of women to say, “I voted ‘Yes’ for the sake of unity and peace,” rather than having to say: “I voted ‘Yes’ because I gave in and compromised my principles.” Such compromise can never result in a strong spiritual peace and unity.

Jan Groenendyk was a Christian School teacher for twenty seven years. Her husband is Rev. Marion Groenendyk and they are members at First Zeeland CRC, Zeeland, MI.