WASHINGTON, D.C. (EP) — The U.S. House of Representatives voted June 17 to allow states to permit the posting of the Ten Commandments on government property and in schools. The amendment, approved on a 248–180 vote, was attached to a juvenile crime bill addressing the growing problem of youth violence.

The House added the Ten Commandments provision and three other religion-oriented provisions to the Consequences for Juvenile Offenders Act, which was approved on a 287–139 vote. 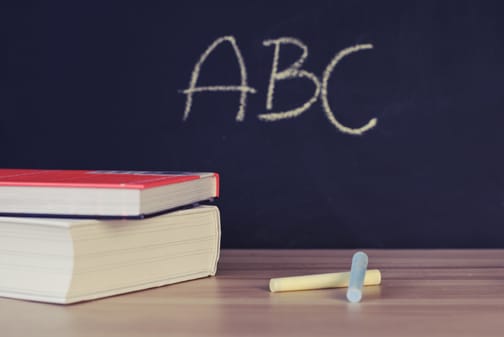 The bill is an attempt to address various issues in society which may be contributing to recent school shootings. It would authorize $1.5 billion in grants to states and local governments to combat juvenile crime.

Republican leaders rejected calls for stricter gun controls, saying that such measures didn’t address the root problem. The “big problem in America is not gun ownership,” said House Majority Whip Tom DeLay (R-Texas). “The big problem is the abandonment of God in the public arena.”

“Our nation was founded on Judeo-Christian principles,” Aderholt said. He acknowledged that “simply posting the Ten Commandments will not change the moral character of our nation overnight,” but said, “It is one step that states can take to promote morality and work toward an end of children killing children.”

Aderholt’s amendment also declares that the expression of religious faith by individuals on public property is being protected by the First Amendment.

Rep. Jerrold Nadler (D-N.Y.) spoke against the Ten Commandments measure. “I think most people who talk about them do not really know what they say,” he insisted. Nadler also asked which version of the Ten Commandments would be posted Catholic, Protestant or Jewish. “They are different you know,” he said. “The Hebrew words are the same, but the translations are very different.”

If the measure becomes law, it is almost certain to face a court challenge. In 1980, the U.S. Supreme Court struck down a law requiring the posting of the Ten Commandments in Kentucky classrooms.

In another religion-related provision, the House voted 238–189 to forbid the payment of attorney’s fees for plaintiffs who successfully challenge school policies on the basis of separation of church and state. “Public schools are being intimidated into suppressing religious expression by the threat of costly litigation,” said Rep. lim DeMint (R-S.C.). sponsor of the amendment. “How can schools take this risk? It is much easier just to tell the students not to pray than to risk spending this amount of money.”

The House also voted 300–127 for a resolution stating that the view of the House is that religious activities conducted as part of a campus memorial service honoring murdered students are not a violation of the First Amendment, but are “fitting, proper and constitutional.” The measure, sponsored by Rep. Tom Tancredo, (R-Colo.), was criticized by Nadler. who said Congress “cannot declare what the Constitution means and what violates the Constitution and what does not.”

Finally, the House voted 346–83 in favor of a “charitable choice” provision which allows faith-based organizations to receive public funds for programs which provide social services to minors. Rep. Mark Souder (R-Ind.), who sponsored the bill. said it would simply guarantee that religious groups are not placed at a competitive disadvantage with secular organizations. But Rep. Chet Edwards (D-Texas), opposed the measure, saying, “Five years from now we will have the Baptists arguing with the Methodists, with the Catholics, with the Jews, with the Hindus, with the Muslims, over who got their proportional share of the almighty federal dollar.”

An amendment offered by Rep. Henry Hyde (R-Ill.) would have prohibited the selling or exhibition of art and entertainment with extreme violence or sexual content to persons under the age of 17. It would also have allowed the National Institute of Health to study the effect of violent video games and music on young people, and would have encouraged the entertainment industry to develop guidelines to discourage the exposure of children to violent and sexually explicit materials. The amendment failed on a 282–146 vote.

Americans United for Separation of Church and State called the religion-related amendments to the Juvenile Justice Bill “one of the most deplorable assaults on religious liberty in recent memory.” Barry Lynn, executive director of the organization, said the House action “is one more sad example of religion being used as a political football by members of Congress, who obviously cannot find a real solution to a problem. Government-forced religion is never the answer.”

The Rev. Dr. C. Welton Gaddy, executive director of the liberal Interfaith Alliance, agreed, saying, “Once again, religious freedom is under attack in Congress. As a student of the Bible who respects the sacredness of Holy Scripture, I resent the manipulation of Scripture to justify religious discrimination or to advance partisan politics. It is theologically abhorrent and politically arrogant for members of Congress to attempt to legislate God, and religious expression, into public life.”