It may seem to be a little hazardous to suggest that any generation of people are dominated by a single idea. But I believe a little thought will reveal that this generation in which we live is dominated by one idea—the idea of ONE WORLD. 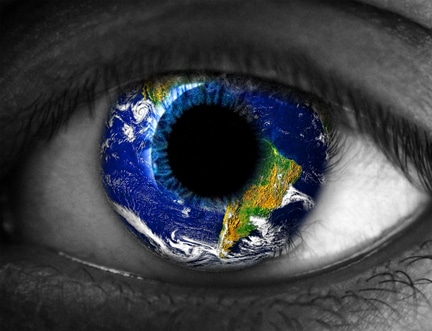 If you would button-hole the “man-on-the-street” today and ask him what he wants most in the field of politics, he will reply, without doubt: “What I wish is that in our country the political parties would stop their divisive tactics and unite for the good of the whole country. And in international politics, I wish that the nations could get together and live in peace.”

He wants ONE WORLD!

Ask that “man-on-the-street” what he wants in the social sphere and you will find that his dearest wish is that races and social groups might learn to live and work together in amity and cooperation.

He wants ONE WORLD!

Even in religion, that mythical “man-on-the-street” will likely express himself rather firmly in favor of unification of all religious groups—no more denominations, no more divisions on doctrinal questions and matters of church-polity.

And in education, if the “man-on-the-street” has any preference, it will be in the same direction. He would want one united philosophy of educational policy and practice. The average American, especially, looks askance at any kind of private or parochial school. Such schools seem to him to be “sectarian” or “divisive” or nonconformist in some fashion.

Ever and always…the standard ideal of our generation is for ONE WORLD.

With several of these “one world” ideals no one can find much fault. But behind them and underneath them lies an attitude that is virulently dangerous.

And so Jesus steps into that “one world” and with a single statement, takes the sword of the Spirit and with one mighty swing cleaves a great, unbridgeable chasm between two worlds!

The statement of Jesus is simple and familiar enough: “He that is not for me is against me, and he that gathereth not with me, scattereth abroad.”

These words fix a great gulf between two whole worlds. One world, whatever its incidental features, is known by this single characteristic: it is for Christ. The other world, again, notwithstanding incidental features, is against him. And there are not three or four or five worlds but only two. There is no neutral ground between these two worlds, one is either in the one or the other.

To read aright the “handwriting on the wall” of this age, we must understand:

2. These two worlds are today going through a two-fold movement that is desperately dangerous to the Christian faith.

3. Against that danger stands one defender.

That is not always understood. There are those who speak today about “two worlds” but they mean them the world of the material and temporal reality as against the world of eternal spiritual reality. Such people have little use or respect for this “present evil world.” Present physical, material life is just an unfortunate necessity. The thing they really look forward to is the “rapture” in which they shall be snatched right out of the world of time and space and things and be caught away in mystic, spiritual contemplation of eternal realities. Salvation, for such folk, has nothing whatever to do with earthly physical temporal life. It is solely and simply a matter of saving the soul from the body and from its’ physical existence.

Against that false dualism, we must recognize that these two worlds are two whole worlds. The world which is against Christ, which is Satan’s world is spiritual and eternal, just as well as it is physical and temporal. Sin is a property of the human soul which is spiritual and sin is eternal and shall go on eternally in hell. And the world which is Christ’s world is just as truly physical and temporal as it is spiritual and eternal. Salvation is not only the salvation of the soul, but of the whole man. The kingdom of Christ is not established only in heaven, it is to be established, wherever possible and in so far as possible upon earth, in the daily temporal and physical details of human life.

That enmity did not happen to arise by itself. It is an enmity that God himself ordained. But the enmity did not exist in the original world. Upon that world God looked and “Behold, it was very good.” The enmity did not even arise when sin stepped upon the scene. If that were all that had happened, the whole world would have been only bad. But it was when God ordained salvation for a sin-cursed world that the enmity was begun. That is why God said in Genesis 3:15, “I will put enmity between thee and the woman and between thy seed and her seed.” That enmity…that conflict…those two worlds, are not incidental nor accidental. They are ordained!

Concretely, there are two and only two kinds of people in the world. There are people who are the people of God, who have accepted the saving grace of God in Jesus Christ. There are people who, no matter how educated, or cultured, or civic-minded, or moral they may be, are the children of the Devil, because they are not recipients of the grace of God in Christ. There are no people who are half children of God and hail children of Satan. Such hybrids simply cannot exist, for “what fellowship hath Christ with Belial?”

There are two and only two kinds of churches in the world. This may seem a little strange to hear because we are used to speaking of “one holy universal church.” And that is true so long as we insert the word “holy.” There is, along side of that holy church an unholy, false church, just as universal, and just as determined to break down the Kingdom of Christ as the true church is to build it up.

The book of Revelation calls that false universal church by an unusual but a very significant name: “The Great Harlot.” A harlot is nothing but a woman who wants the prerogatives of a bride without the responsibilities and loyalties of a bride. So, as the true church is the bride of Christ, so the false church is always prating loudly that it is the church of Christ but meanwhile it is busy chipping away the very foundations upon which the true church rests. That is the story of the whole movement of Modernism with its huge federal and international councils. It is making a bid—and a very successful bid—to be recognized by the “powers that be” as the representative of united Christendom. But instead of representing Christendom, it is busy making Christendom meaningless. It is breaking down its very foundation and right of existence.

There are two and only two kinds of schools in the world. There are schools which proceed on the belief that in the Bible lies treasured the final basis of all truth—that even history and science and culture cannot really be understood without the Word of God. These schools believe and teach that the final aim of all human work and striving is to glorify and honor the true and holy and sovereign God.

There are schools, which, although they are militantly determined to be known as neutral on matters of religion, do not proceed on a God-centered and Christ-centered principle and so they are schools which are not for Christ but against him.

The world which is Christ’s world says of God that he is real—personal—the Creator of all things—the Redeemer of his lost world.

The world which is not Christ’s world says of God that he is the figment of our imagination or that he may be called the sum-total of all reality—take your choice!

Christ’s world describes man as the image-bearer of God who has fallen into sinful rebellion but who is to be redeemed by God and made again “a little lower than God.”

Satan’s world says of man, in the words of James Branch Cabell, that he is “an ape that chatters to himself about kinship with archangels, while he filthily digs for ground nuts.”

Christ’s world says of history that it is the unfolding of God’s plan for the ages.

Satan’s world says that history is nothing more than, “the story of a hungry creature in search of food.”

That world which is really Satan’s world is either optimistic or pessimistic about the destiny of man. In its optimistic moments, that world says with the late M. Curie, “Day by day in every way, I’m getting better and better.” In its less optimistic moments, that world moans and groans about the possible atomic disintegration of all civilization. And then, ironically, he refers to that civilization as “Christian” civilization. Like ancient Israel, they are willing to bow to Baal and Molech until disaster looms. When it is about to be destroyed or they think it is, then it is the fault of Christianity. It is Christian civilization that is supposedly heading for dissolution.

But Christ’s world is neither simply optimistic nor simply pessimistic. It is optimistic about its own survival but it knows that it shall survive only at the cost of the complete and eternal destruction of that other world that opposes it. “The kingdoms of this world shall become the kingdom of our Lord and of his Christ.” There shall yet be one world, but only when the false satanic world is forever banished to its own proper domain, “where there is wailing and gnashing of teeth.”

(The second, concluding installment of this important article will appear next issue.)