Turning the Reformed Church Outward: The Potential for Side-Door Growth

For years, North American churches have grown through what might be termed front-door growth. Churches worked hard on their street appeal and redesigned worship services that were welcoming and exciting to the unchurched. This approach proved extraordinarily successful with a large demographic of people who in their past had some exposure to the church (and even some familiarity with the gospel) but had dismissed it as outdated and boring. When such people discovered that church could be interesting and relevant, they entered through the front door. 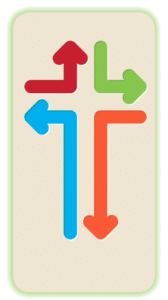 The demographic of people who’ve had some exposure to the church, however, is shrinking in North America, especially in urban areas. This means that there are fewer people who are open to church so long as it isn’t the boring, irrelevant church they recall from their youth. In my own ministry I increasingly encounter youth who were raised by atheists, some of whom are upset and offended to discover their child is going to church. The likelihood of front-door growth is diminishing, and therefore the potential for side-door church is increasing.

One of the best ways to encourage side-door growth is through the establishment of small groups (what were formerly called cell groups and sometimes fellowship groups). I became interested in the formation of small groups for pastoral reasons. Serving a large congregation in which numerous individuals were falling through the proverbial cracks, I mused about potential resolutions and wondered whether a pastoral model could be found where one had to expend energy to be isolated from the congregation. I found this model in small groups where weekly attendance is expected. If a member, in a congregation with such a model, was isolated from the congregation it was only because he or she chose to be isolated. I’ve come to see small groups as vital for a host of other reasons.

Small groups should ordinarily consist of eight to twelve members who meet weekly for time distributed evenly over prayer, Bible study, and fellowship. Small groups can be formed in many different ways—by neighborhood, interest, age—but in my view it’s best to have intergenerational and diverse groups. To meet bi-monthly is insufficient because missing one meeting puts one out of touch with one’s small group for weeks. Churches with small groups should intentionally reduce midweek meetings and programs to encourage small group attendance. In what follows I will identify some of the benefits of small group ministry.

Reformed churches traditionally haven’t excelled at discipleship. There have always been opportunities for people to learn doctrine, most notably through catechism classes designed especially for the youth. Imparting information, however, is insufficient if discipleship is understood as walking alongside of others to help them to grow as followers of Jesus and to see them transformed by the gospel. Jesus himself insisted that discipleship is evident not so much in outward morality or even theological astuteness but in internal and personal transformation (Luke 6:43–45).

Small groups also provide accountability for those who want to change their habits. A friend of mine introduced a simple twenty-one-day plan in which all the members of his small group pledged to read Scripture for five minutes and then to pray for five minutes every day for twenty-one days straight. Those who missed a day would return to zero and have to start all over. Every week each member was asked, What day are you at? Perhaps you’re like me and you resist gimmicks, but this concretely helped people begin to develop spiritual disciplines, however modest.

In this connection one could think of small group leaders as prophets, priests, and kings. As prophets they ensure not simply that God’s Word is heard but that the gospel is being presented. As priests they offer prayers and model faith by admitting sins, telling stories, and sharing hope in Christ. As kings they lead, probe, guide, and inspire others to follow King Jesus.

Creating a Plausibility Structure for the Gospel

If one were to study revivals, including the Great Awakening, one would discover that they often featured small group meetings. In instances of revival people are eager to discuss their spiritual experiences and to be held accountable for their spiritual growth. These small group meetings embed a dynamic that is contagious and are therefore a means by which renewal spreads.

Redeemer Presbyterian Church in New York City is a church God blessed through vital small groups. Aspiring to be a church of small groups and not simply a church with small groups, Redeemer made small groups part of their institutional DNA, and it gave people a venue between Sundays where they could bring their questions, challenges, gifts, and hopes to others in community.

Small groups, therefore, ought to be a place where one could bring an unchurched friend, neighbor, or coworker. Far less intimidating than a church service, small group meetings expose unchurched individuals to gospel teaching and its relevance for people. Seeing how the gospel is real is sometimes a step to knowing that the gospel is true. The authentic life of Christians is what Lesslie Newbigin, deploying the work of Michael Polanyi, called a “plausibility structure.”2

If members of a small group are to create a plausibility structure for the unchurched, they must learn to excise from their language “Christianese,” the tribal, in-house language of believers.3 Moreover, they should learn to avoid us-them formulations and talk positively about the city and neighborhood and demonstrate an interest in the local community’s art and sports. Furthermore, they should speak well of other Christians, especially those in non-Reformed churches. Last, they should be respectful to those who are different, caring to those who are burdened, generous to those in need, and always humble in character.

In addition to having unchurched guests at their meetings, small groups can also engage in missional endeavors in the community. At a friend’s church, small groups host neighborhood barbeques. In the church I pastor small groups engage regularly in service projects in the city, often partnering with an existing ministry to help the poor, for example, or refugees. Some small groups participate in outreach by making meals for our Christianity Explored classes, offered to skeptics, cynics, seekers, and atheists.

Today’s cultural context is changing, and the likelihood of front-door church growth in shrinking. I suspect churches will, by God’s grace, increasingly experience side-door growth, for which the establishment of small groups is so vital. Here is yet another way in which Reformed churches can turn outward. The resources within Reformed churches are great, and so are the opportunities. Together we must pray that God would open doors for us to convey the gospel of Christ winsomely and uncompromisingly.

1. I once heard a psychologist present a paper on gossip in which he argued, with research in hand, that the likelihood of gossip decreases in bigger groups. If only two people know a secret, they will struggle not to reveal it to others either because the burden of knowing is too great or because they feel privileged for knowing secrets and feel pride in sharing them with others. The likelihood of gossip spreading in scenarios where embarrassing personal information is conveyed to a group of eight to ten people is apparently small. Even so, small groups must be safe places.

3. Especially in prayer, Christians tend to invoke archaic language about “drawing nigh,” for example, to ask God to “grant” certain blessings. Would you ask a friend to draw nigh to grant you something? Probably not.

Rev. Bill De Jong  (PhD, McMaster Divinity) is a pastor of Blessings Christian Church, a member of the Canadian Reformed Churches, in Hamilton, ON. He can be reached at pastorbill@blessingshamilton.ca.