We clipped a brief news dispatch from the Grand Rapids Press of September 4 in which the well known teacher and writer, Dr. Elton Trueblood, professor of religion at Earlham College, Richmond, Indiana, is reported to have said to a group of worshippers at a Methodist laymen’s retreat that we should get rid of the word “layman.” 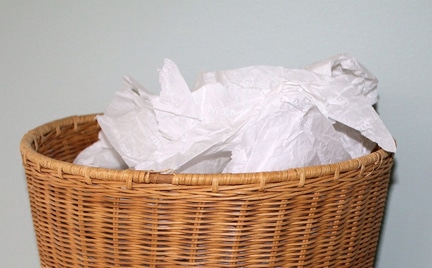 Trueblood is quoted as saying: “Toss out the commonly held distinction between ministers and lay people. In so far as you are recruits in Christ’s cause, you are in the ministry. If not, you are wasting your time here.” The speaker declared it is a “crazy idea” that clergymen have a special status. He said: “We ought to give up this word layman. It is a bad word.”

Professor Trueblood touched on an important question: What is the standing and the importance of those members of the church who are not invested with one of its offices?

There is some truth in what this professor, who is of the Quaker faith, said about the word “layman.” It is a faulty designation—defective like so much of our religious and theological terminology which we use constantly. The word “layman” is of Roman Catholic origin. Its implication is that church members who do not fill a special office in the church have no religious office of any kind. That is of course a false idea. Every Christian is entrusted with what we usually designate as “the general office of the believer.” All Christians have the anointing of the Holy Spirit and are prophets, priests, and kings (See the Heidelberg Catechism, Question 32).

Trueblood seems to hold that there is no distinction between the “ordinary” Christian, who is clothed with the general office of believer, and those members of the church who have a special office, whether of minister, elder, or deacon. These special offices have a divine origin and warrant, having been established by the apostles as the representatives of Jesus Christ, the Head of the Church. These officers speak for Christ, act in his name. They are clothed with the authority of Christ himself, who said not only to his apostles but also to the seventy disciples whom he sent out to preach and teach: “He that heareth you heareth me, and he that rejecteth you rejecteth me.” All who are called to the ministry can say with Paul: “We are ambassadors therefore on behalf of Christ, as though God were entreating by us: we beseech you on behalf of Christ, be ye reconciled to God.” In fact, the elders who govern the church and the deacons who minister to the needy have the same authority and dignity in the performance of their task as the ministers have in the proclamation of the gospel and the administration of the sacraments.

Let us admit that the term “layman” is not a very good name for the non-office-bearing member of the church, not only because it is generally understood as implying that the “ordinary” member of the church has no office or sacred function of any kind but also because it is given to all those members who are not clergymen, putting even elders and deacons in the “layman” class.

In spite of all this we cannot agree with Trueblood that “layman” is a bad word which should be tossed out of the window. For one thing, we have no usable substitute for it. Shall we substitute such awkward terminology as “the ordinary members” or the “non-office-bearing members” of the church? It is Significant that even if we object strenuously to the term “layman” we still use it, though in quotation marks. We just cannot get along without it.

Another reason for retaining the word “layman” is that words and terms are not static. Language is constantly changing. Same words degenerate, shrivel and shrink; their rich original meaning evaporates; or they gradually acquire a wholly different meaning. Other words, on the contrary, gradually slough off the taint with which they were born and attain to respectability. Who of us, for example, thinks of a mass for Christ when speaking of “Chrisbnas,” or refuses ever to speak of “Easter” in view of the heathen origin of the word? We do not believe that the name “layman” today suggests to Protestant ears that those to whom it is applied are merely non-functioning members of the church who have no other duty than to permit ministers, elders, and deacons to labor for their spiritual development.

Very much to the point, in this connection, is the following statement by Rev. C. N. M. Collins of Edinburgh, Scotland, in one of his Daily Manna Calendar meditations. “J. P. Struthers, the Cameranian minister who wrote so much about proper names, says well that almost any name, however colorless or ludicrous, may be redeemed in process of time. It becomes saturated with a new meaning.” What is said here about names applies also to many words which are not proper names.

One of the most prominent teachers of religious life in this twentieth century is that the church has come to sec more clearly than in past centuries the great importance and indispensability of lay activity, in Christian education, mission work, organized benevolence, and in a great variety of Christian institutions. Even in tho Roman Catholic Church there is a growing emphasis on the need of lay-workers. “Every member of the church a worker” should be the slogan in all our congregations.

Let us exalt the office of all believers; then the term “layman” will take on deeper and richer meaning.