They almost passed each other in the hallway when one of the men stopped and said, “Hey, are you still in the (one of the ministries of the church)?”, to which the other man said, “Oh, didn’t you know? I quit the —-.” The guy next to him said the same thing with the same emotion that one might feel when ceasing to eat a particular brand of cereal. It’s no big deal—or is it?

The particular case in point might not have the international repercussions, but it may just reveal a far deeper problem. In fact, I’m convinced it’s a parasite that’s wormed its way into the soul of America’s pagans and Christians alike. It’s the plague of “self-indulgence” which always devours the white blood cells of something called “personal sacrifice,” and it’s the most infectious disease we’ve ever confronted as a nation.

The symptoms are legion: from a failure to refuse the second helping to refusing to take on ministry responsibilities in one’s church because “I’m too busy,” but who’s stopping to ask, “Too busy doing what?” 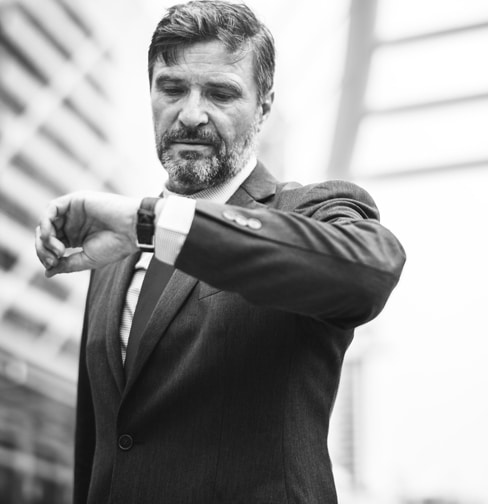 Am I too busy taking care of my business (or leisure) that I have no time for God’s business? Am I so self-indulgent that I can’t push away from the TV to feed on God’s Word? Have we quietly changed the Lord’s Prayer to read, “Give me this day my daily bread and while you’re at it, Lord, don’t forget the gravy and goodies of life since I have a constitutional right to life and the pursuit of happiness.”

It would seem that if something is a bit inconvenient, or if we don’t “feel like it,” then we have just legitimized our way out of anything that even remotely smacks of self-sacrifice. We don’t want to sacrifice anything, least of all our time or treasure. We also find it immensely difficult to commit to anything, and, thus the reason why most record clubs don’t demand any further purchases after you’ve ordered your 10 CDs for a penny. They know you won’t join at all if there is even a hint of future obligation.

We don’t mind benefiting from the sacrifice of somebody else, but please don’t ask me to go out of my way or stay late or come to this or join that or commit to whatever, unless the benefits far outweigh the potential time and energy expended.

So how does our “no sacrifice…no inconvenience…instant pudding” mindset square with God’s Son? In a word, it doesn’t. He says through Paul in Romans, chapter 12, “I urge you brothers to present your bodies a living sacrifice…” Stop the presses. Did He actually say a living sacrifice? A dead one is bad enough, but living sacrifices? Sounds like it’s some sort of daily ritual. Bingo! It’s a lifestyle that says, “Nothing is too hard, too much, too painful, too difficult, or too anything for the sake of my Savior and Lord.”

Oh, and guess what? The motive is love, not legalism. It’s like my little boy at the county fair. I was tired. I got sick of those rides. I hate cotton candy. But my 11-year-old said to me with those big blue eyes, “Dad, would sacrifice some of your time and money so we can go together even though it’s not your first choice of things to do?” By the second ride I broke into a cold sweat – but I’d do it again tonight because I love that little boy with the blue eyes.

Sacrifice and devotion are not dirty words – they’re the stuff that growing churches and a healthy nation are made of. By the way, how’s the balance on your scales of sacrifice?

Reprinted with permission from The Dispatch, September 28, 1996, Lexington, North Carolina.